We use a comprehensive dataset of equity mutual funds covering 30 countries to study the effects of country-level culture on mutual fund management. Culture contributes to differences in the flow-performance and flow-fee sensitivities of fund investors across countries. Through its effect on flow-performance sensitivity, culture has an economically significant impact on fund manager risk taking and fund performance. In cases where culture raises the sensitivity of flows to fees, the level of fees charged is significantly lower. If culture boosts the performance of active management then this significantly increases the fraction of assets that are actively managed in the fund industry. Overall, our study provides evidence that culture influences the most important aspects of fund industry conduct.

Economically important differences have been documented in the conduct of mutual fund
industries around the world. Ferreira, Keswani, Miguel, and Ramos (2013) show that there is considerable variation in the performance of fund sectors while Khorana, Servaes, and Tufano (2009) highlight marked differences in fund fees charged across countries. Disparities also exist across countries in the extent to which investors’ flows are sensitive to performance (Ferreira, Keswani, Miguel, and Ramos, 2012) and in the size of the mutual fund industry relative to the size of the stock market (Khorana, Servaes, and Tufano, 2005). These fund behavior differences across countries matter economically, particularly in the dimensions of performance and fees, as households use mutual funds as a savings vehicle for their retirement.

Although the literature has used economic development, mutual fund industry development and the quality of institutions within each country to explain these differences, no paper tests if investor culture, i.e., the way that investors think and act due to the society they come from, is also responsible. While controlling for development and institutional quality, this study shows that cultural differences are statistically significant determinants of not only funds’ flows but also their risk taking, performance, and the fees they charge. In addition, culture also explains the fraction of assets that are actively managed in fund industries.

Despite the increasing globalization of economies around the world (IMF, 2008), countrylevel culture has been shown to influence many aspects of financial market behavior. Guiso, Sapienza, and Zingales (2008) find that culture influences stock market participation while in a subsequent 2009 paper they show that culture affects foreign direct investment. Li, Griffin, Yue, and Zhao (2013), and Mihet (2013) use culture to explain firm risk-taking while Chui, Titman, and Wei (2010) demonstrate that culture can explain trading volume, volatility as well as momentum profits. Ahern, Daminelli, and Fracassi (2013) study the effect of cultural values on cross-border mergers and show that deal volume and synergies gained are dependent on cultural differences between the countries of origin of the firms concerned.

The focus of this paper is on how investor culture influences fund industry behavior.2 Investors interact with the fund industry through their buying and selling decisions which together determine the net flows into mutual funds. Numerous studies have shown that the key determinants of these flows are past performance and fees (Sirri and Tufano, 1998 and Barber, Odean, Zheng, 2005). We examine how culture affects the responsiveness of fund flows to these key determinants. We measure culture using the five Hofstede cultural dimensions which are uncertainty avoidance, individualism, power distance, masculinity and long-term orientation, and we conjecture how these affect the sensitivity of flows to performance and fees. For example, with greater long-term orientation, investors may be more patient and tolerate poor performance and high fees for longer resulting in lower flow-performance and flow-fee sensitivities. Using an extensive list of controls based on prior work, we show that culture is a significant determinant of how responsive fund flows are to both past performance and fees.

If fund managers expect to outperform more frequently than underperform then, when flows are more responsive to performance, they have greater incentive to take risk.3 Similar logic is used by Del Guercio and Reuter (2014) when comparing the incentives of fund managers to take risk in the direct-sold and broker-sold segments of the U.S. equity funds market. We find that the above logic holds in practice. If culture boosts flow-performance sensitivity then this increases risk-taking by fund managers.

If fee increases trigger more fund sales in certain countries than others due to investor cultural values, then we would expect fund management companies to be more reluctant to increase fees in these markets to avoid losing assets under management. We demonstrate that culture has an important influence on how responsive fund flows are to fees and has a first order effect on the level of fees charged.

The size of the effect of investor culture on fund industry outcomes is economically substantial. As an example, if we change long-term orientation, one of our cultural measures, from its 25th to 75th percentile level across countries, this reduces the sensitivity of fund flows to past performance by 18% and the sensitivity of flow to fees by 90%. This fall in flow-performance sensitivity cuts tracking-error by 36% which in turn reduces average fund four-factor alpha by 45%. The 90% fall in flow-fee sensitivity raises average country-level fees by 8%. The effect of culture on the fraction of passively managed assets is also economically significant. A one standard deviation increase in long-term orientation results in a 2.4% increase in the fraction of passively managed assets in the country, which is economically sizeable considering the 13.5% average fraction of passively managed funds across countries in our sample.

What defines a “Hedge Fund Legend”?

AIFMD-licensed Theta Capital is one of the oldest and most established investors in hedge funds in The Netherlands. Since 2001, the company offers individual bespoke hedge fund portfolios to... Read More 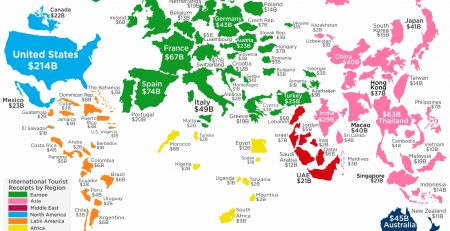 We posted select videos from the Milken Conference 2014, which we thought would be of interest to readers. Lo and behold, the conference has decided to post all the... Read More