NASDAQ 5000 – What a Difference 15 Years Makes via Oakmark funds

Reading the financial press over the last few weeks, you may have noticed several articles highlighting the NASDAQ Composite’s return to the 5000 mark in early March—almost exactly 15 years after its prior peak in March of 2000.  The common theme in the press seems to be wariness that another technology stock bubble could be forming.  The attention is understandable, given our human tendency to reflect on big anniversaries and over-emphasize large round numbers; however, we believe concerns of another technology stock bubble are misguided.

We believe the NASDAQ 5000 of 15 years ago is very different from the NASDAQ 5000 of today.  While the price of the index is the same and contains many of the same high-quality technology businesses it did in 2000, the underlying value in the form of earnings is quite different.  So different in fact that technology was the second largest sector weight in the Oakmark Fund, at 25% as of the last quarter, compared to a 0% weighting in March of 2000.  So how have we come to such different conclusions 15 years later?

First, consider the starting point.  In March of 2000, the average company in the technology sector was selling for nearly 50x earnings, while non-technology companies were valued at less than 12x earnings1.  Given our disciplined approach to value investing at Oakmark, this made avoiding technology stocks rather easy.

Perhaps a few representative examples will help illustrate what we were avoiding in 2000, but happily own today.

So as you ponder the implications for technology stocks as the NASDAQ makes its return to the 5000 mark, remember the Ben Graham quote popularized by Warren Buffett, “Price is what you pay, value is what you get.”  With many technology stocks today, you may be paying about the same price, but we believe you are getting a whole lot more value.

Thank you for your interest in Harris Associates and the Oakmark Funds.

Portfolio holdings are subject to change without notice and are not intended as recommendations of individual stocks. 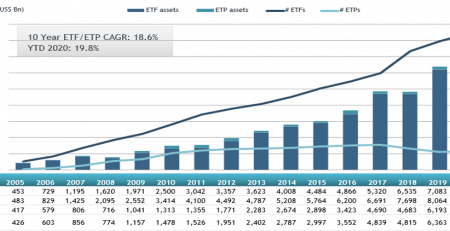 Creditor Reaction To The Threat Of Hedge Fund Activism

In an effort to raise cash for a government bailout repayment, American Insurance Group (A.I.G.) has sold its longtime stake in the private equity firm, The Blackstone Group (NYSE:BX) .... Read More

Profits made by members of the S&P 500 are rising faster than the price of the index, which is now 9% cheaper than it was in April of last... Read More