On Friday, Facebook Inc (NASDAQ:FB) investors were left fumbling in the dark, for two hours, on whether orders for shares that they had sold, or bought were executed.

During Facebook’s highly anticipated IPO, NASDAQ stock market seemed to have gotten problems on sending electronic messages to brokerage firms that were handling orders from investors, and individuals.

Since the electronic messages acknowledging the transactions did not come back, brokers were left in the dark, on what to tell their clients. Normally, messages to acknowledge that a trade has been done are instantaneous, and with the Facebook IPO, it was not exactly clear what happened.

This delay led to a lot of worrying among both brokers and investors since none knew the status of the orders that had been placed. Although the stock started trading at 11:30 a.m, NASDAQ notified brokers and the market that the messages had been delivered at 1:37 p.m Eastern time.

NASDAQ stock market had been involved in multiple tests on all its IPO system the previous week, due to the hype that surrounded Facebook’s IPO. Therefore, it is not exactly known what caused the problem.

At one point during the trade, the exchange had issued a statement saying that they were investigating an issue in delivering messages, and ten minutes later, the messages had begun flowing back to the brokers.

Facebook’s shares crossed the tape in the first minute of trading hitting 83 million shares, and the volume reduced after this. Although the reduction was expected after the initial run, it is believed by most investors that traders, refused to join in the share sales, due to the glitch that NASDAQ was experiencing.

The volume of shares sold picked when the share price fell towards $38, the initial share per price, and the number of shares that were traded when the price per share was at $38.03 peaked at 7 million shares, at around 11:49 a.m, and it was the busiest period, apart from when the stock was opened to the market at 11:30 a.m.

It is assumed that the price movements that were witnessed when the stock started trading are linked to the glitch, because market makers, and brokers did not have their positions and they could not make any moves since they were in the dark in regards to shares bought or sold.

However, it has been revealed that NASDAQ OMX Group, Inc. (NASDAQ:NDAQ) would be carrying out an investigation in to the matter in order to determine if there was any foul play.

Keen observers and analysts are of the opinion that the glitch lowered and dampened demand for the social media giant stocks, and is the main reason the share price fluctuated wildly, and even tanking to reach its initial share price, when it reached a low of $38.03, at 11:49 a.m., 19 minutes after the stocks had been introduced to the market. 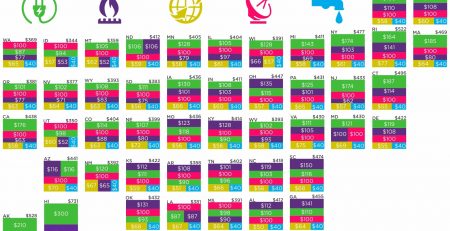 Finland is not exactly the most exciting place for hedge funds, except for Tiger cubs who are shorting Nokia Corporation (NYSE:NOK) (BIT:NOK1V) (HEL:NOK1V) in a pack. But another crowded... Read More

Daimler, the German automobile maker, today sold half of its stake in European aerospace giant EADS (European Aeronautic Defence and Space) in a deal worth €1.7 billion; equivalent to... Read More

Morgan Stanley Says A Massive Short Squeeze Could Be Coming

Markets are approaching extreme levels, observes a trade note from the Morgan Stanley futures desk, and it is hedge funds that have been selling this stock market in a... Read More