Here’s a great extract from Nassim Taleb’s book – Fooled By Randomness in which he illustrates how some investors are perceived as being ‘great’, when in actual fact they simply started investing at the best possible moment. But as time moves on it becomes apparent that their ‘strategies’ are flawed. Taleb uses two fictional characters called Carlos and John, which are indicative of some of history’s best investors:

An overestimation of the accuracy of their beliefs in some measure, either economic (Carlos) or statistical (John). They never considered that the fact that trading on economic variables has worked in the past may have been merely coincidental, or, perhaps even worse, that economic analysis was fit to past events to mask the random element in it. Carlos entered the market at a time when it worked, but he never tested for periods when markets did the opposite of sound economic analysis. There were periods when economics failed traders, and others when it helped them.

The U.S. dollar was overpriced (i.e. the foreign currencies were undervalued) in the early 1980s. Traders who used their economic intuitions and bought foreign currencies were wiped out. But later those who did so got rich (members of the first crop were bust). It is random! Likewise, those who “shorted” Japanese stocks in the late 1980s suffered the same fate – few survived to recoup their losses during the collapse of the 1990s. At the time of writing, there is a group of operators called “macro” traders who are dropping like flies, with “legendary” (rather, lucky) investor Julian Robertson closing shop in 2000 after having been a star until then. Our discussion of survivorship bias will enlighten us further, but, clearly, there is nothing less rigorous than their seemingly rigorous use of economic analysis to trade.

A tendency to get married to positions. There is a saying that bad traders divorce their spouse sooner than abandon their positions. Loyalty to ideas is not a good thing for traders, scientists – or anyone.

The tendency to change their story. They become investors “for the long haul” when they are losing money, switching back and forth between traders and investors to fit recent reversals of fortune. The difference between a trader and an investor lies in the duration of the bet, and the corresponding size. There is absolutely nothing wrong with investing “for the long haul”, provided one does not mix it with short-term trading – it is just that many people become long-term investors after they lost money, postponing their decision to sell, as part of their denial.

No precise game plan ahead of time as to what to do in the event of losses. They simply were not aware of such a possibility. Both bought more bonds after the market declined sharply,, but not in response to a predetermined plan.

Absence of critical thinking expressed in absence of revision of their stance with “stop losses”. Middlebrow traders do not like selling when it is “even better value”. They did not consider that perhaps their method of determining value is wrong, rather than the market failing to accommodate their measure of value. They may be right, but, perhaps, some allowance for the possibility of their methods being flawed was not made. For all his flaws, we will see that Soros seems rarely to examine an unfavorable outcome without testing his own framework of analysis.

Denial. When the losses occurred there was no clear acceptance of what had happened. The price on the screen lost its reality in favor of some abstract “value”. In classic denial mode, the usual “this is only the result of liquidation, distress sales” was proffered. They continuously ignored the message from reality.

How could traders who made every single mistake in the book become so successful? Because of a simple principle concerning randomness.

This is one manifestation of the survivorship bias. We tend to think that traders make money because they are good. Perhaps we have turned the causality on its head; we consider them good just because they make money. One can make money in the financial markets totally out of randomness.

Both Carlos and John belong to the class of people who benefited from a market cycle. It was not merely because they were involved in the right markets. It was because they had a bent in their style that closely fitted the properties of the rallies experienced in their market during the episode. They were dip buyers. That happened, in hindsight, to be the trait that was the most desirable between 1992 and the summer of 1998 in the specific markets in which the two men specialized. Most of those who happened to have that specific trait, over the course of that segment of history, dominated the market. Their score was higher and they replaced people who, perhaps, were better traders. 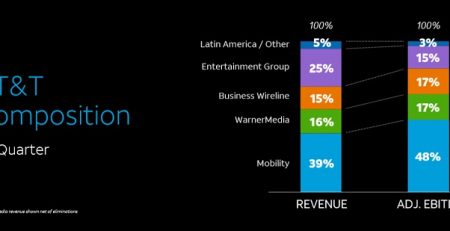 The Dividend Aristocrats are among the highest-quality dividend growth stocks. Investors looking for dividend growth would be wise to review the list, which is made up of 53 stocks... Read More 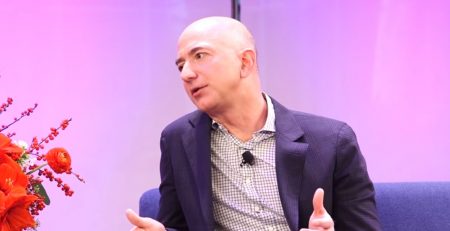 An exclusive interview with award winning value investor Hersh Cohen on the compounding power of increasing dividends. Get Our Activist Investing Case Study! Get the entire 10-part series on our in-depth... Read More

With a dearth of value causing investors to reach for yield, some are finding value in unexpected places (Iraq, Kazakhstan, Mongolia, Israel and other countries). Malaysia right now is experiencing significant political turmoil... Read More