Navistar International Corp (NYSE:NAV) CEO Dan Ustian revealed today that he will be stepping down as CEO, chairman, and president of the company. His resignation, which is effective immediately, will see 62 year old Ustian part ways with a company that he loyally served for 37 years.

Interestingly, his resignation seemingly appears to be positive news, as shareholders at Navistar International Corp (NYSE:NAV) have been blaring for change ever since the company dipped below the break-even point in the second quarter, and posted losses of $172 million.

While Ustian’s reasons are still not certain the popular perception leans towards the possibility of pressure from the board. After all, Ustian has not been the CEO of the year- at least that is what investors believe, finger pointing at him for the second quarter loss among other mistakes.

Navistar International Corp (NYSE:NAV) has filled the void by appointing Lewis Campbell, former president and CEO of Textron Inc, as the interim CEO. Campbell will have to steer the ship at a time when the odds are not all that favorable. In the mean time, the company will continue normal operations, amid expectations that it will commence an internal/external search for a CEO at a later date.

Another notable shift in top level management is the promotion of Troy Clarke, the current president of truck and engine operations. Clarke will be promoted to serve as the company’s president and Chief Operating Officer. He is deemed to be a viable candidate for the permanent CEO position, as he has been instrumental in most of the company’s past achievements- especially so with regard to the recent engine strategy shift.

While a large section of shareholders may consider the changes to be positive progress, there are still some lingering uncertainties. One of them is how this news will affect the current posturing with notable shareholders like Carl Icahn, who is currently grappling with proxy battles. Icahn’s proxy problems may negatively influence his sentiment towards the changes- something that may spell more problem for Navistar International Corp (NYSE:NAV).

Interestingly, this month- which has also been Ustian’s final stretch- was marked with a lot of strife among shareholders, who projected all their negative sentiment towards Ustian. Shareholders were uneasy with the fact that Navistar was seeking to spend money in new engines amid financial woes. Similarly, shareholders were also opposed to the fact that Navistar International Corp (NYSE:NAV) was under the Securities and Exchange Commission’s microscope over accounting and disclosure related matters. All this added to the bulging list of grievances, and enhanced the negative outlook towards Ustian’s leadership.

Syriza Party Wins In Greece As Analogies Drawn To Argentina

The anti-austerity Syriza party has won widespread support in Greek elections as the European Union threatens that Greece must “bow to austerity or  go bust,” The Telegraph newspaper is... Read More

Hedge funds disclosed their first quarter holdings a couple of weeks ago. There has been significant media interest in the most popular stocks among hedge funds. Actually the rankings... Read More

Sterne Agee analysts Michael S. Dudas and Satyadeep Jain believe that gold could get a lot of attention as a safe haven as the geopolitical crisis in Ukraine ramps... Read More 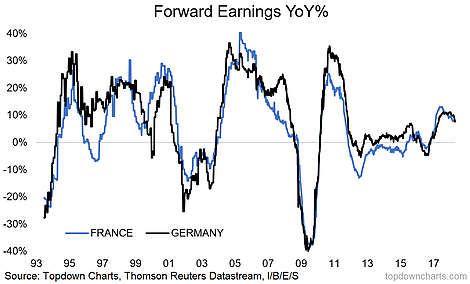