Do We Need a Lender of Last Resort? – ValueWalk Premium

Do We Need a Lender of Last Resort?

Do We Need a Lender of Last Resort? by Nicolas Cachanosky, Ludwig von Mises Institute
Scotland’s vote for independence resulted in a negative. There won’t be, for now, further discussions about what Scotland should do with its monetary institutions. Still, there is one more issue that I would like to discuss, because it transcends the particular case of Scotland, had independence been the result of the vote.

There is a widespread belief that a . . .

Hedge funds and investment bankers across Europe just woke up to a nightmare. Democracy might actually break out in Greece -- and as a result bond investors may share... Read More

All good things must end, but it seems like much of the world was willfully ignorant of the signs that harder times are just around the corner. In his... Read More

Reading through notes from an interview with Charlie Munger is never a waste of time. Even if you are a Wall Street veteran, you can still learn from Munger... Read More

Shareholder activism on course for its weakest year in Canada since 2011. The number of Canada-based companies publicly subjected to demands from activist investors is at its lowest level in... Read More 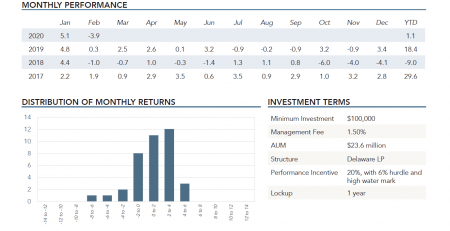 Nonprofit Hospitals On The Ropes: Hedge Funds Moving In

Nonprofit hospitals - When a nonprofit organization pays its CEO $5 million a year, it's pretty obvious someone is profiting a lot, and that something is wrong. That was... Read More

Our previous articles on Ominto Inc. ($OMNT) have raised serious questions about its valuation (7x revenue and losing money), the valuation and rationale behind its investments in Lani and... Read More

ETFs/ETPs listed in the United States gathered 239.8 billion US dollars in net new assets in 2015