We are pleased to report results for the first quarter of 2015 for the Needham Growth Fund, Needham Aggressive Growth Fund, and Needham Small Cap Growth Fund. Our mission is to create wealth for long-term investors.

We Continue To Believe Central Bankers Worldwide Will Maintain Accommodative Monetary Policies, Which Should Be Positive for Equities

In late January, the European Central Bank announced its massive quantitative easing program that will run through September 2016. The scene in Europe is dominated by negative interest rates, which have extended to Ireland, Spain and Italy. In March, the U.S. Federal Reserve dropped the word “patient,” but made it clear they are in no hurry to normalize interest rates. First quarter U.S. GDP growth of just 0.2% further supports that rates will not be normalized soon. At the beginning of April, China lowered its reserve requirement for banks by the largest amount since 2008. There has been a monetary easing somewhere in the world every third day since 2009. We continue to believe that U.S. equities are the most viable asset class.

The U.S. dollar’s strength in the first quarter had a negative impact on the markets and some Needham Funds’ portfolio holdings. The dollar appreciated nearly 26% from its June 30, 2014 trough to the March 13, 2015 peak. From March 13 through April 30, the dollar has depreciated 5.7% against the Euro, which, if depreciation continues through June 30, could reverse some of the negative impact.

We Continue To Find Opportunities

In our small- and mid-cap universe, we believe markets are inefficient. We love to find companies with little research coverage where we can see value that the market does not recognize.

Frequency Electronics is a new holding for all three funds this year. It has a $100 million market cap and provides precision timing and frequency products for defense and communications satellites. The frequency content in these satellites is set to increase by an order of magnitude and Frequency Electronics should benefit. FEIM is valued at just 1.3x EV/ revenue. It has just one sell-side analyst.

Another opportunity we highlight is Newport Corporation, which supplies systems, including lasers, precision positioning and vibration isolation. The company sells to research, microelectronics, defense and life science markets. It is a long-term holding of the Needham Growth Fund and Needham Small Cap Growth Fund. NEWP is valued at just 1.3x EV/ revenue. Newport has non-GAAP operating margins of 13% with the potential to move to the high teens with revenue growth of 6-8%. We believe the company will generate about $100 million of cash in 2015 and beyond, which could be used for shareholder-friendly initiatives such as dividends or share buybacks.

In the first quarter of 2015, three companies held by all three funds stood out. KVH Industries, Inc. (KVHI) returned 20%. We view the company as the “Netflix of the maritime industry,” as it recently launched its iP-MobileCast entertainment, news and education video service. We featured KVH on our first quarter conference call and have written about it in The Growth Factor.

The second major contributor was II-VI, Inc. (IIVI), which returned 35%. II-VI manufactures engineered materials used in defense and aerospace applications and has other technical market offerings. Over the last few years, II-VI had strayed from its strong return-on-capital metrics. This quarter saw a return to positive results. We also featured II-VI on our first quarter conference call.

The third major contributor was PDF Solutions, Inc. (PDFS), which returned 21%. In January, PDF reached an agreement, which had been delayed for two quarters, with Samsung. PDF supplies yield-ramping software and services, and it benefits from the need for lower power smartphones.

Electro Scientific Industries was one of the largest detractors across all three funds, down 20%. The company benefited greatly from Apple’s ramp of laser-cutting systems for the iPhone 4 in 2011 and earlier. However, ESIO was not able to ramp business with other customers. As of last year, it has a new CEO and a revised product strategy.

M&A Was a Major Theme in the First Quarter

In the first quarter, the funds had one acquisition close, four acquisitions announced, one regulatory approval announcement, and two companies that have announced they were in a sale process. The acquisition of Covidien by Medtronic (MDT) closed in January. Emulex Corporation, a long-time holding of NEEGX and NESGX, rose 41% on its announced agreement to sell to Avago Technologies Limited (AVGO). Other announced deals in the Needham Funds’ portfolios were Mavenir Systems to sell to Mitel Networks, Entropic Communications to sell to MaxLinear, and Life Time Fitness to be acquired by Leonard Green & Partners and TPG Capital.

TTM Technologies received regulatory approval in China for its acquisition of Viasystems Group. The acquisition could bring significant synergies to the newly combined company. Micrel and Black Diamond announced that they were in a sale process.

The credit-to-deposit ratio in China's Banking System witnessed a sharp rise by 27 ppts since 2011 to stay at the elevated level of 116% as of February, which is... Read More

A heat wave in South Korea, with temperatures climbing to 115°F, supplemented by the rapid growth in Korea's economy has meant that there has been a rapid increase in... Read More

Greece Sees Markets Tumble As Financial War Games Have Begun As markets experience a value adjustment in the wake of understanding the repercussions of a potential Greek debt haircut, it... Read More

On October 26th and 27th, Capitalize for Kids will present their 3rd annual Investors Conference at Arcadian Court in Toronto. More than 20 world-renowned money managers will be presenting... Read More 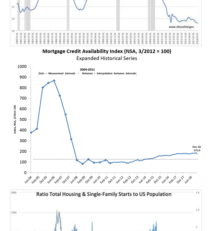