Many hedge fund managers establish foundations to give something back to their communities. Robert Atchinson and Phillip Gross of Adage Capital have both established foundations as vehicles to engage... Read More 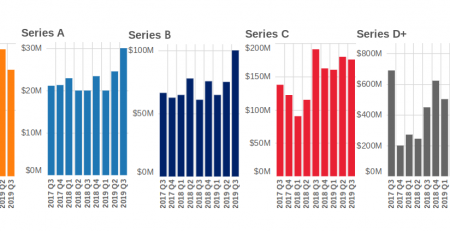 Despite the US-China trade war and cooling global economy, the venture financing environment remained robust in the third quarter of 2019, according to Cooley LLP's Q3 Venture Financing Report. If... Read More

Though activities in China in the first two months of 2016 remained sluggish, signs of stabilization were visible in March, and hence, ANZ analysts anticipate that China’s Q1 GDP... Read More

Anthony Bozza's Lakewood Capital generated a net return of 4.1% in the second quarter of this year, according a recent investor letter seen by ValueWalk. Lakewood should be up around... Read More

While the Assuies have not have a recession in 25 years, Australia's household debt has long been a concern among many. Indeed, in 2016 JPMorgan called Australian housing shorts... Read More

Hess Selling Energy Marketing Business For $1.03B To Centrica

Bill Ackman and his wife Karen Ackman has awarded Harvard University $17 million to catalyze the work of Harvard's Foundations of Human Behavior Initiative (FHB) The gift from the alums... Read More