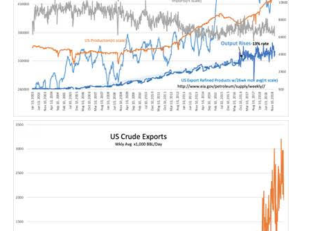 “Davidson” submits: Q4 hedge fund letters, conference, scoops etc US Oil Production at 11.9mil BBL/Day is a record high, but so are crude exports while imports are declining. The market focus... Read More

The world is in an odd state as Ray Dalio’s debt supercycle, which he foretold in March would end, approaches a bumpy liftoff point. With volatility dispersions occurring across markets... Read More

PIMCO chief economist Paul McCulley has been arguing that the Federal Reserve will keep the Fed funds rate low until labor finally gets a share of the recovery in... Read More