Are California and New York in their own secret competition to see who can get the most people to flee their state this year? Lately, it sure seems like it.

Both states have enforced stringent lockdown practices utterly detached from the science on how COVID-19 actually spreads. Predictably, the lockdowns have led to skyrocketing unemployment, a hostile business climate, increasing crime rates, mental health woes, growing inequality, and educational concerns for children and their parents. Cities have also curtailed public services like subway lines and access to beaches.

But with this latest move, New York may have just found a way to edge California out of the running for the “State With the Worst Economic Policies” title.

Some New York lawmakers are seeking to hold a special December session of the legislature for the express purpose of passing a tax increase on the wealthy. In a new twist, they reportedly intend to make this tax increase retroactive to 2020, meaning that it would apply to income earned before the tax was signed into law. State officials told the Wall Street Journal that the increase may be levied on those making $1 million or more. (Other lawmakers want to use $2 million as the benchmark.)

New York State Assembly Speaker Carl Heastie, a Democrat from the Bronx, is leading the charge.

New York currently collects approximately $50 billion in personal state income taxes each year. Of that, the top 2 percent of income earners in the state pay just over half. So, it’s safe to say that in New York, the rich are already paying more than their “fair share.”

Before the pandemic, many people felt the high cost of living in both New York and California was worth the trade-off. Costs were high, but in exchange they got the best dining and entertainment in the world, access to high-paying jobs, networking opportunities, and convenience. But as those luxuries have been stripped away, and as remote work means many people can now access those same jobs from cheaper locations, both states are experiencing a dip in their populations—especially among high income earners.

In a recent study done by the Manhattan Institute, nearly half of New Yorkers making $100,000 or more claim they are considering leaving the city, citing cost of living as the main driver. The data show that many of them are following through. Between March and November more than 246,000 New Yorkers filed change of address requests. And even as early as May, trends showed the wealthiest neighborhoods in the Big Apple were emptying out the fastest.

People will keep fleeing New York unless the state government reverses its course.

When entrepreneurs and the wealthy leave, they also take their businesses and their capital with them—leaving middle and lower income earners with fewer job opportunities and less income in their wake.

If these trends continue, the only people left will be those who are the least capable of paying for the city’s budget shortfall. (Remember that only 2 percent of people are already paying over half of the state's income tax burden). These people will also be those most likely to consume public services, which the city’s budget is supposed to cover. Ultimately, then, those services will have to be curtailed or cut without the wealthy there to pay for them. So, in the end, the imposition of retroactive new taxes will end up hurting the very groups progressive lawmakers want to help even from the progressive perspective.

Why Retroactive Taxation Sabotages the Economy

One of the key reasons that after-the-fact tax increases are so damaging is that they undermine the predictability and stability needed for economic activity to occur.

In his work The Constitution of Liberty, Nobel-prize-winning economist F.A. Hayek said that the principal function of the rule of law is to allow each individual to “foresee with fair certainty” the boundaries of their governed world. In order for that to be possible, he described several essential components of any law in order for it to be respected, upheld, and compatible with liberty.

New York’s plan to apply retroactive taxes flies in the face of common sense, and it would undermine the rule of law based on both of these premises.

How is one—wealthy or not—supposed to plan for their yearly tax burden if it can change on a whim? So many Americans, rich and poor alike, are already facing financial instability given the pandemic and lockdowns. The idea that this state would compound that insecurity and place even greater financial hardship on people is beyond the pale.

While this retroactive tax will purportedly only apply to those making $1 million or more, history and the current migration patterns of the city suggest that the real costs of this course of action will fall on all New Yorkers. You can only tax “the rich” so much before they decide to leave. It’s already happening, and this threat to further fleece the wealthy will likely only hasten the drain on wealth, investment, and capital in the state—taking jobs away from the middle and working classes and forcing them to bear the brunt of the coming budget shortfall.

Furthermore, if the government can decide on a whim to retroactively tax “the rich,” they can certainly apply those same standards—when that policy inevitably prompts flight—to go after the middle class as well.

Pre-pandemic, California drove a startling 650,000 people from its borders in 2019 alone. It remains to be seen who will take the prize for the largest exodus this year, but my money is on New York if this latest tax increase goes through.

Hannah Cox is a libertarian-conservative writer, commentator, and activist. She's a Newsmax Insider and a Contributor to The Washington Examiner. 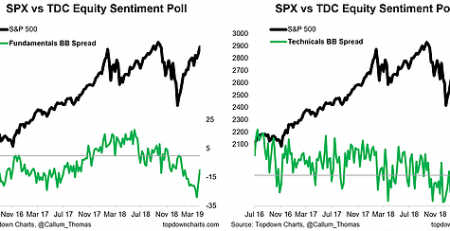 Who would win a fight between Batman and Superman? This type of hypothetical question is one that many a childhood hours were spent debating. Now Stan Lee, the creator... Read More

AIMA, the global representative for the alternative investment management industry, has today published the results of its Q1 2022 Hedge Fund Confidence Index (HFCI) in partnership with Simmons &... Read More