While Asia closed mixed, there is some reasonably sharp selling early in the Euro session this morning, and yields are back on the decline across the Eurozone.  Earnings are getting the blame this morning, with mining mega-caps Rio Tinto and BHP Billiton both disappointing on that front.

We expect to see some pressure on the loonie, having been weaker since Friday afternoon, and being pressured by commodity prices.  Differences in the 2 year yields between Canada and the US, however, are close to their narrowest in a year.  The closest they got was back in October, when the loonie was trading just slightly stronger than its current level.

Can’t decide if this is a great headline or a terrible one, but Institutional Investor becomes the latest in an extraordinarily long line of pundits warning that the bond market is a dangerous place at current prices/yields.  “Winter is coming: Stark Reality for Bonds.”  While we agree wholeheartedly – bonds are now insurance in a portfolio, rather than a source of returns – we will admit that we have been hearing this for years.  We are comforted by the work of BCA Research, essentially calling the end of the 35 year bond bull.  Meanwhile, Morgan Stanley has just cut its forecast on the 10 year Treasury yield to 1.00% by Q1 2017.  Meanwhile, the consensus call is north of 2%.  With the current 10yr trading at 1.50%, we would ask, is it really that crazy?

You are your own worst enemy.  Many market analysts focus on the behaviours of investors as the source of returns, but not enough.  Ben Carlson does that all the time, this time pointing to a new book by Spencer Jakab.  “During his tenure Lynch trounced the market overall and beat it in most years, racking up a 29 percent annualized return. But Lynch himself pointed out a fly in the ointment. He calculated that the average investor in his fund made only around 7 percent during the same period.”  Investors tend to trade their way out of returns…  Click through for more analysis on Lynch’s track record.

Yield is in short supply, according to BlackRock. On their blog, they share some key views from their outlook for the second half.

Theme 3: Volatility… We don’t’ need to explain this, ensure your portfolio is properly diversified, even look into non-correlated low volatility tactical strategies.  Link is to our latest Tactical commentary.

The EU Court of Justice has backed guidelines that are meant to protect taxpayers from bailouts. These bank rules specify that shareholders and subordinated creditors must take losses before state aid is released. This is complicating matters in the EU banking sector. The rules are supposed to protect depositors; however, it is not that simple. In Italy, where mounting bad loans are a serious problem, many of the “subordinated creditors are ordinary families who bought the securities looking for a better rate of return.” If these creditors face losses then investors will lose even more confidence in the Italian banks. Even so, the rules are not set in stone. In situations in which there is a risk of financial instability, there may be exceptions. For now, investors are disregarding that possibly, as Italian banks weigh on the European markets. More from Bloomberg here.

The ECB is running out of German bonds to buy. According to Bloomberg, “more than 60% of the nation’s government debt yields less than the ECB’s -0.4 deposit rate.” As such, it is ineligible for purchases.

Other rules are exacerbating the issue. The ECB’s capital key requires it to purchase debt based on the size of each economy. Germany is the biggest economy in Europe. Thus, the ECB has to buy more of its debt than it does from other countries. Another hurdle is that the ECB can only purchase 33% of a country’s debt. As of right now, there are ~€75 billion of eligible German bonds. At the current pace of purchases, these could last until November. Mario Draghi has said that the program is running smoothly and that the ECB has the flexibility to address any potential limits. Still, it is clear that NIRP is making things difficult. More from Bloomberg here.

FMD Capital on why writing makes you a better investor. I couldn’t agree more.

Diversion:  The latest in Toronto’s wild real estate market:  A Proposal for an 80 story residential tower on a property just 20 metres wide.

Johnson & Johnson is set to make new highs this morning after beating earnings expectations supported by sales of Remicade their blockbuster arthritis drug. The drug accounts for 21% of their pharmaceutical revenue. CIBC is entering the ETF market with the launch of their first currency fund. They are sub-advising for a Horizon product that will begin trading July 19th. Ballard shares are up meaningfully after the Canadian fuel cell maker signed an agreement to build a factory in China. The deal is worth roughly $170mm in investment over the next five years. Monsanto said yesterday that Bayer has rejected their takeover bid, citing the offer as inadequate. Goldman Sachs posted a 74% increase in profit last quarter as they felt reprieve from litigation costs and a pickup in fixed income trading revenue.

Gold prices are slightly higher this morning after closing at the lowest level in a month yesterday. The metal is trading higher as European stocks slipped and treasuries gained. Oil prices are slightly higher this morning trading above $45 a barrel despite reports overnight that militants struck another pipeline in Nigeria. Inventories declined over 2mm barrels last week but are still 100mm over the long term average. Zinc prices have climbed to the highest level in over a year as supply concerns grip the market. The price has risen more than any other industrial metal, up nearly 40%.

Lost in the recent shuffle of several nations being warned of a potential negative credit rating revision to their sovereign debt (Australia, England and Turkey to name a few), one of Canada’s provinces was quietly put under the guillotine and downgraded outright. S&P Global Ratings lowered the credit rating of the Province of Manitoba one notch to AA- from AA on the back of a rising debt burden over the next several years that will make meeting fiscal targets extremely challenging. Specifically, S&P noted that “Manitoba will have a sustained tax-supported debt burden of more than 270% of consolidated operating revenue in the next several years, which is materially higher than that of domestic and international peers” and that “the year-end deficit for fiscal 2016 would be more than $1 billion, over 50 per cent higher than the previous government's update provided in March 2016”. The agency further warned that additional downgrades could come in the next 24 months if Manitoba’s financial performance did not improve. The Province has been running a negative budget for eight years running now — the longest such streak since the mid-80’s. For those counting, this is the second provincial downgrade by S&P in two months after Saskatchewan lost their AAA rating in June.

CIBC is getting a ton of press for being the first Canadian bank (and non-European issuer) to raise capital at negative interest rates. Yesterday, they launched a zero-coupon EUR-denominated covered bond deal that will bring in €1.25 billion and see investors pay them a yield of -0.009% over the six year tenor. While we get the hype and hoopla over the inaugural deal, it’s important to use some perspective here. Firstly, covered bonds are rated AAA (highest quality) due to the pool of assets serving as a guarantee for the obligation and hence trade with a yield spread much tighter than regular corporate bonds. Secondly, six year benchmarks yields in Germany and Switzerland are already deep into negative territory (with the rest of the EU nations slowly following suit). And lastly, there are several lower rated corporate issuers with a similar tenor (Shell International, Sanofi, BMW Finance for example) already trading with a negative handle, making the yield on this deal not all that really surprising. Note that this CIBC bond is not eligible to be purchased by the ECB’s QE program, whom are only permitted to buy Euro-area issuers.

Netflix Inc. reported Q2 earnings after the close yesterday that missed on the top line (revenue of $1.97 billion versus $2.11 billion) as well as the all-important subscriber base. Approximately 500K fewer adds came in during the last quarter and markets are jumping off the financial bandwagon as a result of this. The equity is expected to open down -13% and we’re already seeing their debt trade lower this morning. The USD $800MM 5.875% 2/15/2025 senior unsecured NFLX bonds are bid 1.5 points below last night’s close at time of writing to 105.75 and mere days after nearly re-testing their 52 week high. The B+ rated issuer has $2.4 billion in total debt outstanding and 7.65X debt-to-EBITDA.

Let your plans be dark and inpenetrable as night, and when you move fall like a thunderbolt. — Sun Tzu in Art of War 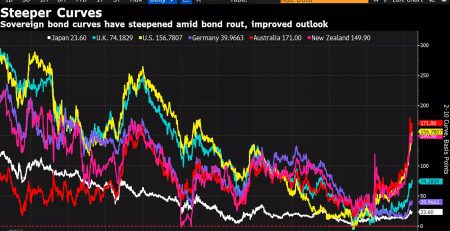 My lesson from Soros is to start every meeting at my boutique by convincing everyone that we are a bunch of idiots who know nothing and are mistake-prone, but... Read More

SEC Cybersecurity Guidelines: Insights Into The Utility Of Risk Factor Disclosures For Investors

Writing about the French terrorist attacks and the economic risks to the European economy is “always something almost unsavory” and could involve “spurious speculations in unchartered areas of expertise,”... Read More 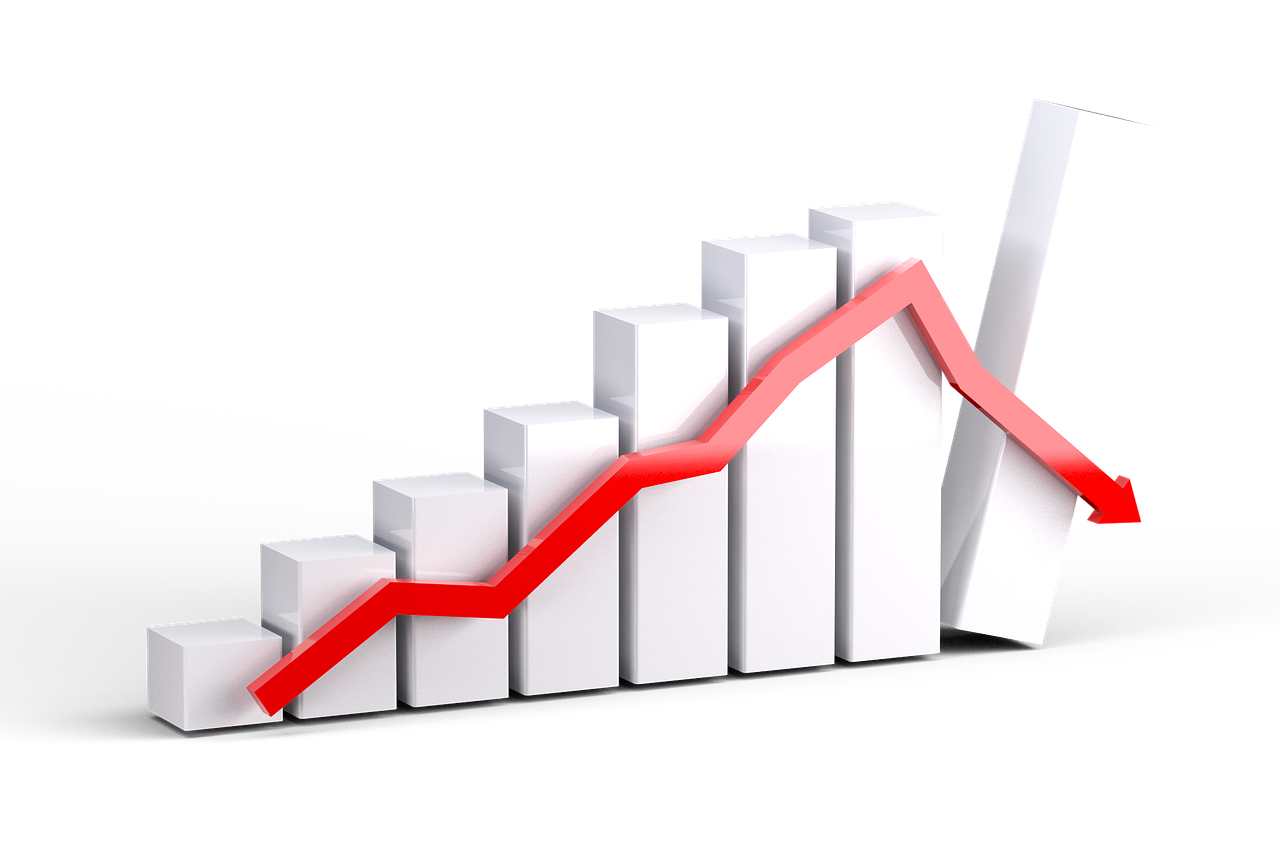