NQ Mobile Inc (NYSE:NQ) shares crashed on Friday in pre market trading after the company announced that they would be dismissing PwC as auditor – shares rose after that to close up for the day. NQ Mobile has announced new details about its auditor and shares so far are slightly up on the news.

The press release from NQ Mobile below

Following consultation with PwC, the Company’s Audit Committee confirms that there is no disagreement between the Company and PwC on any matter of accounting principles or practices, financial statement disclosure, or auditing scope or procedure.

PwC advised the Company and the Audit Committee that the observations referred to in the Company’s press release reporting on the Special Committee’s Independent Investigation dated June 4, 2014 regarding questions related to electronic data collected by the Investigation Team would require it to expand the scope of its work and, if investigated further, may cause it to be unwilling to rely on management representations in connection with its audit work.

Furthermore, PwC has advised the Company and the Audit Committee that, depending upon what PwC learns from the procedures performed pursuant to its expanded audit scope, there may be other or additional information that it would need.  The Audit Committee has concluded that PwC’s proposed procedures may create risk for the Company with respect to the Company’s obligation to file its Form 20-F for the year 2013.

Collectively, MBP and Marcum LLP are, a top 10 SEC practice accounting firm in the US and are a registered PCAOB member firm. The Audit Committee has full confidence in their ability to conduct their work independently, diligently, and expeditiously.

The Company remains fully confident in all of its previously reported financials and filings as to their accuracy and does not expect any material changes.

Eric DeLamarter On His Favorite Sources Of Investment Opportunity

Reuters' sources reveal that NASDAQ’s glitch during Facebook Inc (NASDAQ:FB)'s IPO may have cost Citigroup’s financial arm as much as $20 million. Citigroup Inc. (NYSE:C) may have had losses that... Read More

Great article by David Kass on Todd Combs and Ted Weschler. If you missed his other recent excellent piece check it out here. How did Mr. Combs and Mr. Weschler... Read More 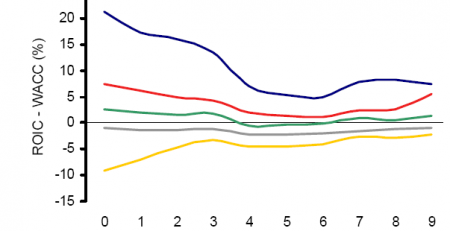 During his recent interview with Tobias, Adrian Saville, CEO and founder of Cannon Asset Managers in South Africa, discusses why mean reversion is such an important factor in investing.... Read More