The OC Premium Small Companies Mandate had a challenging November following the US presidential elections. The Mandate finished the month down 4.3%, behind both the S&P/ASX Small Ordinaries Accumulation Index and the S&P/ASX Small Industrials Accumulation Index which were down 1.2% and 1.1%, respectively. The underperformance of the Mandate versus the indices was driven by two broad factors: first, sector rotation following the US election that resulted in a number of small-cap growth stocks owned by the Mandate being heavily sold down as large-cap banks and miners received renewed buying interest, and second, a number of disappointing earnings updates from Mandate holdings which resulted in share price underperformance.

The a2 Milk Company (A2M, +36.0%) – released a strong AGM update with sales for the first four months of FY17 up 96% providing further evidence the company is continuing to build a substantial, premium milk business. A2M is executing well in the challenging Chinese market where demand growth in direct and cross boarder e-commerce (CBEC) trade reflects growing awareness of both the a2 Platinum infant formula brand and the a2 Milk brand. Indeed, ‘Singles Day’ volumes in China were double last year’s levels across A2M’s top four e-commerce platforms. A2M’s Chinese FDA infant formula registration process seems to be tracking to plan with registration required by 1 January 2018. A2M’s Australian and New Zealand businesses are continuing with their solid growth and the US and UK businesses are both showing encouraging signs.

APN Outdoor (APO, +12.4%) – released a positive trading update in November which caused the stock to re-rate. At the time of the August profit downgrade when we exited the stock, management conceded to us that it was too early to tell if the recent sales decline would impact the key September to November sales period. In the following months, we have continued to meet with key industry contacts as well as management of all three listed outdoor players. It became clear the election/ Olympic lull was short-lived and that industry conditions had rebounded strongly in the following months. In addition, our channel checks clarified that static billboard rate declines had stabilised, the APO NZ business was improving under new management and, importantly, large-format digital screen demand was robust across the industry. Based on our revised earnings forecast and operational risk assessment, the stock was back in ‘buy’ territory and we re-initiated a position in the company in October. Several weeks later, the company upgraded its earnings forecasts (roughly back to the levels expected prior to the previous downgrade). We continue to hold the company which stacks up well on risk/return metrics. Ongoing channel checks suggest it has finished the year strongly and has solid forward orders.

Australia’s premier fruit and vegetable grower Costa Group (CGC, +10.5%), provided a strong trading update at its AGM during the month and the share price re-rated accordingly. Costa is Australia’s largest grower, packer and marketer of fresh fruit and vegetables and is the leading producer of tomatoes, mushrooms and berries (and a close second largest in citrus). Costa’s competitive position is underpinned by significant market share in its primary categories, its extensive plant breeding programs, the capital intensity of horticulture and vertical integration with full sales and marketing capabilities. Costa also has offshore growth opportunities through its operations in China and Morocco. Costa upgraded its earnings growth forecast at the AGM to “at least 15%” which was ahead of market expectations and we remain comfortable with our CGC holding.

Manchester and homewares retailer Adairs (ADH, -35.3%) issued a soft trading update for the first four months of FY17 which was caused by an execution issue surrounding its core bed linen product category (40% of sales). A misread of fashion trends in bed linen has led to higher promotional activity by ADH to clear stock resulting in lower gross margin and negative operating leverage across the business. On a positive note, management identified the issue relatively early and the company exited October with a clean inventory position. However, product lead times mean that soft trading conditions are expected over the Christmas period. The remainder of the company’s product categories are trading in line with expectations. The Mandate has reduced its holding in ADH on the release of the announcement but the severity of the share price reaction has paused our selling. This fashion “mis-step” is expected to be confined to FY17 trading and with the company now on a FY18 PE multiple of 10 times and a fully franked yield of +6%, the stock looks oversold.

CSG Group (CSV, -44.9%) – guided to a weaker FY17 result driven by several factors that are expected to see FY17 EBITDA in the range of $38-$42m versus the $44m-$48m guidance provided in August. The factors include an ongoing decline in print services margins due to declines in both volume and price, particularly in New Zealand, and a mix shift towards enterprise solutions which has a lower gross margin. Compounding this, the unexpected sale of the Samsung print division to HP has meant CSV incurred a significant margin hit offloading consumables held in inventory to avoid product obsolescence. The Mandate sold down its position post the downgrade.

Long-term holding Vocus Communications (VOC, -27.0%) released earnings guidance below market expectations (FY17 EBITDA $430-$450m versus consensus EBITDA $470m) at its AGM in November. The weaker guidance was largely driven by customer losses in the recently acquired NextGen business, some repricing of existing customers at lower margins and the loss of a $17m fibre build contract. The AGM release included improved disclosure from the company, particularly on the profitability per subscriber in an NBN world versus the old DSL network. While this was in line with our expectations, the one-off cost of migrating customers from the existing copper network onto the NBN (currently estimated at $125/subscriber) was above our expectations. The downgrade has weighed heavily on the VOC share price in a market that has a low tolerance for earnings disappointments. We believe the PE multiple of 13x FY17 underestimates the opportunity in the core corporate business and the quality of assets across the VOC business and we remain shareholders of the company.

Debtor finance provider Scottish Pacific (SCO, -37.3%) lowered its FY17 revenue and NPATA prospectus forecasts by 7.5% and 3.1% respectively resulting in the stock being heavily sold down. The company disclosed it had experienced lower-than-expected levels of borrowing during the first four months of FY17, predominantly among some of its larger clients who have been borrowing less than anticipated. This lower level of activity is likely related to the soft domestic economic conditions that were recently highlighted in the GDP number released in early December (-0.5%) being the first negative GDP print in more than five years. The company’s revised earnings guidance assumes the lower utilisation levels will continue over the balance of the financial year. Missing a prospectus forecast is never good and consequently the share price fall has been dramatic in the context of the downgrade. Despite the miss, the revised guidance still implies EPS growth of a robust 33% in FY17 which results in a FY17 PE ratio of 10.9x and a fully franked yield of 6.4%.

In early December, the September quarter domestic GDP data was released showing an unexpected 0.5% contraction in real GDP which saw the annualised rate slow to 1.8% (from 3.1% year-on-year). This highlights the fragile state of the Australian economy which continues to transition after the mining boom. The elevated number of negative earnings revisions released by listed companies in October and November, which has continued into December, is tangible evidence that real pain is being felt in the boardrooms of corporate Australia.

The uncertainty brought about by the July Federal election may well have been a factor in deferring investment spending with both business and dwelling investment particularly weak and net exports detracting from growth for a second consecutive quarter. Despite the weak GDP print, the RBA remained on hold at its November and December meetings with the cash rate remaining at 1.5%. The November board minutes suggest GDP growth is expected to pick up across the economy following a year-end flat spot.

From a sovereign risk perspective, it seems only a matter of time before Australia loses its AAA credit rating as the budget deficit continues to increase which would likely lessen the attractiveness of our debt to international investors.

In contrast, the US economy continues to expand at a solid rate. Employment growth is increasing at a moderate pace (unemployment is below 5%), housing construction is strengthening and non-residential construction continues to rise thanks to private sector activity. President-elect Trump has a policy platform that appears to be market friendly and ought to be supportive of growth in the US economy. Key Trump policies include:

With the US economy seemingly on track, the US Federal Reserve will raise rates sooner rather than later, with a December rate increase a near certainty. On balance, Trump’s economic policies look to be inflationary which have had a dramatic impact on global bond markets over the past month or so.

Historically, the start of a Fed rate tightening cycle has not been a drag on equities, and the relative attractiveness of equities over bonds coupled with the unwinding of low-growth/low-inflation positions, should be supportive of solid equity market returns. Our portfolio is substantially underweight most bond-sensitive sectors, such as REITs, utilities and infrastructure, which may continue to come under pressure over the medium term as US interest rates start to rise.

While the valuation differential between value stocks and low volatility, bond-sensitive stocks and long-duration growth stocks has narrowed, this thematic may continue to play out in the coming months. Mandate holdings, including Ive Group, Pioneer Credit and Ainsworth Gaming Technologies, considered to be ‘value stocks’ have been recent beneficiaries of this thematic shift.

With Christmas approaching, we would like to take this opportunity thank our clients for their support through what has been a challenging 2016. Despite the recent volatility, we remain confident the Mandate will continue to deliver attractive long-term returns.

We wish you all the best for the festive season and a safe holiday period.

How to make a statistical inference in fat tailed domain. Typically statisticians don't deal with power laws, which is left to physicists who, owing to the stability of their... Read More

Mario Gabelli's letter to shareholders for the month ended March 31. 2014. To Our Shareholders, For the quarter ended March 31, 2014, the net asset value ("NAV") per Class AAA Share... Read More

Don Yacktman on the Wildcard in Investing

Don Yacktman on the Wildcard in Investing Read More 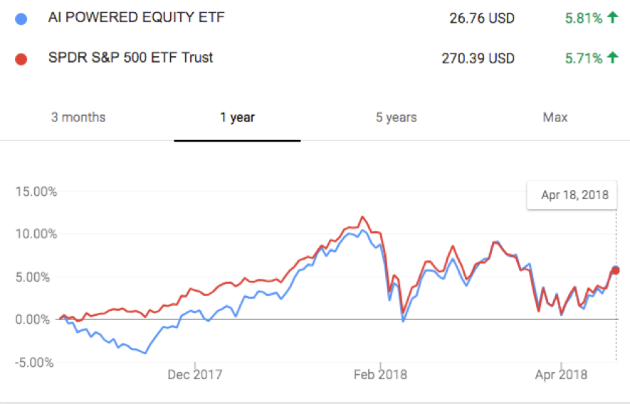 Don’t Believe The Hype About This “AI Powered” ETF

Check out this week’s Danger Zone interview with Chuck Jaffe of Money Life. We regularly warn investors not to trust fund labels. All too often, investors make the decision to... Read More