Odey's European fund returned 14.7% for March, bringing its first-quarter return to an impressive 52.8%. In his March letter to investors, which was obtained by ValueWalk, Crispin Odey said after such an outstanding first quarter, he would expect some pullback in the second.

However, the pullback started two weeks before the end of the first quarter. As a result, he hopes that means the fund won't lose much before the increase in interest rates across the curve resumes, even in the event of a recession. Odey noted that part of this depends on the war . . .

Poland Wants Its Gold Back

A Polish group is campaigning for the return of the country's gold from the vaults of the bank of England. The bullion has been held by the Bank of... Read More

By Robert R. Johnson, Ph.D., CFA, CAIA. Robert is a Professor Finance in the Heider College of Business at Creighton University and is also the author of several books... Read More

Current U.S. Director of the Federal Bureau of Investigation James Comey, when he was assistant U.S. Attorney General, had written a letter of resignation to then-President George Bush over... Read More

There is a movement, a trend taking place and it “is not temporary,” a Moody’s Investor Service report observes. This isn’t a political movement that jeers at a political... Read More

Do facts matter in a post truth world? A new study from researchers at Dartmouth College, University of Exeter, George Washington University and The Ohio State University concludes that, during... Read More 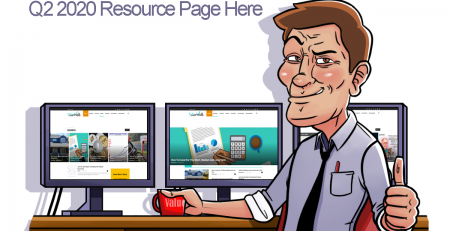 A Solid Month For Most Hedge Funds

June was another good month for hedge funds, although not as good as May. The Eurekahedge Hedge Fund Index gained 1.38% in June as the global equity market drove... Read More

Hedge funds continued their streak of positive returns this month. After recording a gain of +0.96% on the HFRX Global Hedge Fund Index in September, the index rose 1.2%... Read More