A typical American Thanksgiving meal usually consists of gravy-drenched turkey, stuffing, a heaping mound of buttery mashed potatoes and a slice of pumpkin pie. After dinner, most people are incapable of doing anything other than sitting, digesting and watching the football game. All activity comes to a halt. In the time it takes for their stomachs to completely process the meal, the treadmill in the other room starts to grow cobwebs.

Something similar occurs when one company acquires another. Digestion of the acquired company often takes a while, during which time the buyer tends to experience a short-term slowdown. Its stock typically falls because, among other reasons, it must pay a premium for the acquisition.

In this month alone, two large acquisition announcements were made in the energy and mining sectors as oil and gold prices remain low. Oil field services giant Halliburton Company (NYSE:HAL), which we own in our Global Resources Fund (PSPFX), plans to buy rival Baker Hughes for $35 billion, pending an antitrust approval—the two are the second- and third-largest companies in the industry. Meanwhile, Montreal-based Osisko gold royalties Ltd (TSE:OR) is set to take over Quebec City-based Virginia Mines, the second-largest holding in our World Precious Minerals Fund (UNWPX), for $424 million. The deals will give Halliburton a market capitalization of $70 billion; Osisko, $1.2 billion.

As expected, the buyers showed a slight dip following the announcements, while the companies being bought enjoyed a rally.

Shareholders of the acquired company often benefit because, in an effort to sweeten the deal, they’re given attractive stock swap privileges or other perks. For each Baker Hughes share, stockholders receive 1.12 Halliburton shares plus an additional $19 in cash. Virginia Mines stockholders get a premium of 41 percent to the current share price, just above $13.

“We feel vindicated by having such a strong weighting in Virginia Mines relative to our peers,” Ralph Aldis, portfolio manager of UNWPX and our Gold and Precious Metals Fund (USERX), said. “Our management style is to seek value names, and compared to some other royalty companies, Virginia is definitely undervalued.”

One of the reasons why Baker Hughes Incorporated (NYSE:BHI) might give Halliburton a touch of heartburn is the steep premium. At 56 percent, the premium is the largest of any U.S. merger in the past 20 years worth more than $20 billion. Halliburton has also agreed to pay Baker Hughes a fee of $3.5 billion if it fails to obtain antitrust and regulatory approvals.

But the long-term rewards of taking over Baker Hughes appear to outweigh the short-term risks. The combined company will control 53 percent of the Williston Basin market in North Dakota, which includes the lucrative Bakken shale play. It will also control 36 percent of the fracking business in the Williston Basin. According to Chairman and CEO Dave Lessar, Halliburton stands to save $2 billion annually from personnel reshuffling, research and development, real estate, operational improvements and other costs. All of this will help the company better compete with the global industry leader, Schlumberger Limited. (NYSE:SLB).

By all accounts, Halliburton’s timing was on the money. Crude oil prices have declined to $75 per barrel, driving down oil industry shares and making Baker Hughes much more of a bargain. If the Organization of the Petroleum Exporting Countries (OPEC) agrees to a production cut when it meets tomorrow, oil prices might rise sooner rather than later, which could nudge up Baker Hughes’s asking price.

Depressed oil prices have already put a strain on companies’ bottom line and forced them to temporarily discontinue costlier projects. Bloomberg reports that 19 shale regions here in the U.S. are now unprofitable, including parts of the Eaglebine and Eagle Ford shale plays in Texas. In such a climate, Halliburton’s purchase of Baker Hughes could be described as a defensive move.

The same could be said for Osisko’s takeover, as gold prices still hover close to $1,200. The company already owns a royalty in the Canadian Malartic mine, Canada’s largest gold mine. Acquiring Virginia Mines means that it will also gain a substantial interest in Quebec’s Éléonore mine.

Before leaving you, I want to wish all of my American readers a blessed Thanksgiving! Our family at U.S. Global Investors is grateful to have such supportive shareholders, and for the opportunity to continue to serve you.

Please consider carefully a fund’s investment objectives, risks, charges and expenses. For this and other important information, obtain a fund prospectus by visiting www.usfunds.com or by calling 1-800-US-FUNDS (1-800-873-8637). Read it carefully before investing. Distributed by U.S. Global Brokerage, Inc. 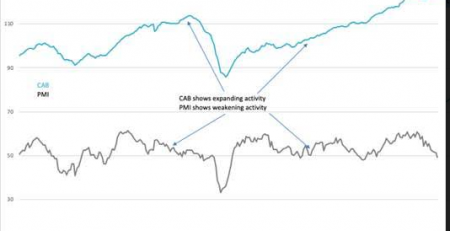 Sears Holdings Corp (NASDAQ:SHLD)  reported earnings today which overall disappointed investors, and sent shares down 12 percent in after hours trading. Eddie Lampert rarely speaks, but now that he is CEO of... Read More