Olesen Capital Management's letter to shareholders for the fourth quarter 2014.

In the fourth quarter, the fund generated a return of 5.9%. The following table shows our historical returns after fees alongside those of global equity markets since the fund’s inception.

The two new ‘special situation’ investments are both commodity–related, and the reasons these opportunities arose may be related to the recent decline in oil prices. This indicates that, as has historically been the case, we are more likely to find attractive opportunities when there are dislocations in financial markets and we are able to act quickly to take advantage of them.

Olesen Capital Management: Reflections on Our Portfolio in 2014 (and Beyond)

I am a little disappointed with our 8.9% return after fees in 2014, which happens to be exactly equal to the return for the MSCI All-Country World Index (incl. dividends), which we sometimes use for benchmarking. It was difficult to be a true value investor in 2014, because almost all asset classes had been bid up to rather “rich” levels. The buoyant market conditions made it difficult in both 2013 and 2014 to find attractive new investment opportunities, and it also caused us to sell many investments because they had appreciated close to fair value. Conditions were already challenging at the beginning of 2014, as indicated by our extraordinarily high cash balance, which was 40% of our capital at the time. Our challenge was to deploy this cash as well as replace additional sales of investments as they rose towards fair value without compromising our tough standards of value. Considering the buoyant market conditions, I think we did a reasonable job of this, primarily by focusing on corners of the market that receive little attention from sophisticated investors. All but one of our new positions in 2014 were in small companies in Europe or Asia, or in ‘special situations.’ I am very confident that our current portfolio is more attractive than it was at the beginning of 2014, even though the stock market rose during the year. This is simply due to the deployment of much of our cash balance as well as the proceeds from sales of moderately undervalued investments into securities that are significantly undervalued. This should bode well for our future returns.

In 2015, I think we will likely continue to find opportunities in overlooked corners of the market. It appears we are having continued success finding these kinds of opportunities. Also, we are actively accumulating three such investments which are not very liquid (two of them are described below, and the third one is a ‘special situation’ fixed income investment that we started buying after the end of the year). In addition, if volatility rears its head somewhere in the global financial markets in 2015, chances are good that we will quickly find some good investments. Note that volatility is actually our friend, not enemy, in the long run, because it enables us to buy when prices are temporarily depressed, and we can wait for the price to reflect the fundamental value.

During the quarter, we sold our investment in Havas, a French company that owns a global network of advertising, media buying/planning, PR, and similar agencies. We first bought the stock at €2.82 in Aug 2011 and sold at €6.31.

Our original purchase price was approx. 10x adj. trailing earnings. The business has very low net capital requirements, which means it can grow without consuming much free cash flow – a highly valuable characteristic. In addition, the company was in the middle of an already very successful multi-year margin expansion following the replacement of senior management a few years earlier when the well-known French industrialist and activist investor Vincent Bollore got control of the company. I expected this would result in significant further margin increases. As expected, both earnings and the P/E ratio increased, which led to a very good return on our investment.

During the fourth quarter, we had a sizeable unrealized gain on DeLclima, which is one of our largest investments. DeLclima is a successful, growing designer, manufacturer and distributor of mid-to-high end air-conditioning and heating systems, mostly for commercial buildings and data centers. The company was spun off from the Italian appliance maker De’Longhi three years ago. Most of the revenues are generated in Europe and to a smaller extent China and some other emerging markets. The balance sheet is very strong, as net debt is close to zero. The company’s core business generates very high returns on capital and has apparently gained market share over time, but its smaller radiator business unit has performed poorly in recent years.

Consistent with our initial investment thesis, the company recently announced a program to dispose of the radiator business, which I think may be causing the market to better appreciate the value in the company’s core business. At our average cost of €1.40, we paid a little below 10 times earnings (excluding the losses of the radiator segment, because we thought they would eventually exit this business), which I think is too low for this high-quality business. Due in part to good results and in part to the announcement of the program to exit the radiator business, the stock price appreciated 31% in the fourth quarter.

During the quarter, we invested in a mid-sized European retailer. While retailing is generally a mediocre business, we think this company’s business model is less vulnerable to the fiercely competitive factors that affect most retailers. We also don’t think the Internet will ever displace this company’s business. The company trades at approx. 9 times adjusted earnings and has a good balance sheet. Most importantly, we think the company’s margins may well increase very significantly from current levels. This is based on our expectation that the company will simply continue to improve the results of underperforming businesses it has acquired over time.

We also had significant gains on two other investments, both of which were added to the portfolio late in the fourth quarter. This includes a liquidation-type investment and a complex risk arbitrage situation. Both of them are commodity-related, and the reasons these opportunities arose may be related to the recent decline in oil prices. Both of these investments are hedged, but the return on one of them may be positively correlated with the market.

We also continued to slowly accumulate shares in the small Asian industrial conglomerate and a small European company I have described in previous letters. Both of these companies are consistently very profitable, have very little or no debt, have a large cash balance, trade at very attractive prices, and the trading volume in the shares is very low. As explained in previous letters, due to the low trading volume, it makes sense to accumulate them slowly over a very long period of time so as not to push up the prices we are paying for the shares. However, in these cases I think our patience will be handsomely rewarded.

The new partnership agreement that I presented to you in October was approved by a majority of the partners, with no one voting against it, and it is therefore now in effect. I thank you for your co-operation in this matter. As I explained in more detail to you all in October, none of the essential terms, such as fees or the ability to withdraw money from the fund, were changed, but numerous “housekeeping” changes were made. I think the fund’s new legal documents, which were prepared by our new legal counsel, Sadis & Goldberg, live up to very high professional standards, which will support our continued success.

I expect that you will receive your Form K-1 in March. I will update you if this changes for any reason. Those of you who do not pay taxes in the United States can disregard the K-1.

You will probably also receive a confirmation letter directly from our auditor, Grant Thornton, sometime in Q1 or early in Q2. This very short letter will simply ask you to confirm by checkmark any amounts you have invested in or withdrawn from the fund during 2014, along with a stamped return envelope addressed to Grant Thornton. I ask that you return the letter at your earliest convenience after receiving it, since it is an important part of the audit process.

Please feel free to call or email me with any questions, comments or concerns you may have. Note that you can also visit the web site, www.OlesenValueFund.com, which has additional information about the fund, including previous quarterly letters. Let me know if you need the password to the web site, which is required by SEC regulations.

We earned 2.9% net in December vs. -0.7% for the MSCI All-Country World Index and -0.3% for the S&P 500. We had a sizeable gain on one of our largest investments, DeLclima, a European HVAC manufacturer, due to strong recent results and announcement of a disposal program for an underperforming business unit, which is consistent with
our investment thesis.

We also had significant gains on two other investments, which had only just been added to the portfolio earlier in the month. This includes a liquidation-type investment and a complex risk arbitrage situation. Both of them are commodity-related and the reasons these opportunities arose may be related to the recent decline in oil prices.

Moreover, we finished buying the small/mid-sized European company we started buying in November. This company trades at 9 times adj. earnings and we think its margins may well increase significantly. We also continued accumulating shares in the small Asian industrial conglomerate I described in the July update, which is currently trading around 8 times our estimate of normalized earnings.

US investment bank, JPMorgan Chase & Co.(NYSE:JPM) announced Wednesday that it will be buying a 19.9% stake in the Chinese trust firm, Bridge Trust Co, according to media sources. Bridge Trust... Read More 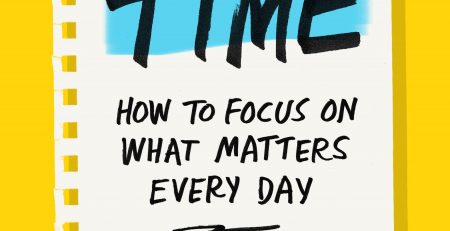