Big Banks Pressured by Low NIMs, But Not All Are Equal – ValueWalk Premium

The big banks above also reported thin net interest margins (NIMs) for the quarter. Will NIMs expand for the rest of 2013? Banks are competing to get more depositors while borrowers continue to benefit from the low rate environment. Out of the banks listed below, Wells Fargo has maintained lower deposit expense getting a higher margin relative to peers. However, its NIM has declined 0.80 percent relative to fourth quarter 2012.

Both JPMorgan Chase & Co. (NYSE:JPM) and Wells Fargo & Company (NYSE:WFC) have bolstered their profitability having increased mortgage fees. For Wells Fargo, mortgage fees comprised 13% of revenue. Citigroup Inc. (NYSE:C) has also benefited from profitable mortgages, but to a lesser extent. Bank of America Corp (NYSE:BAC) has benefited from increased mortgage originations and lower non performing loans. However, the mortgage margins have compressed at all 4 originators.

Given upcoming tighter regulations, thin mortgage and interest margins, and potential for slowdown of capital market activity given the continued malaise in Europe and slower growth; can the six top U.S. banks sustain their growth?

Bank of America Corp (NYSE:BAC), Citigroup Inc. (NYSE:C), and JPMorgan Chase & Co. (NYSE:JPM) have more international risk, which could pay off if there is a global economic recovery. The three banks also have strong brand name recognition and are working on lowering their expenses to maximize profits.

Regarding JPMorgan Chase & Co. (NYSE:JPM), Morgan Stanley (NYSE:MS), and Goldman Sachs Group, Inc. (NYSE:GS); revenues could be more affected by a decline in capital market and trading activity. To offset such decline, the three entities are focusing in expanding their asset management divisions and they have seen results. All three experienced positive inflows and increase in asset value due to capital market appreciation during first quarter of 2013.

The six largest banks are striving to maintain or increase earnings by reducing costs and focusing on fee oriented businesses such as asset management to offset declines in net interest margins. It is still a challenging time for them until lending improves, particularly small business loans. Asset management is also very competitive and margins have compressed, however, the six largest banks have brand recognition and established franchises going for them. 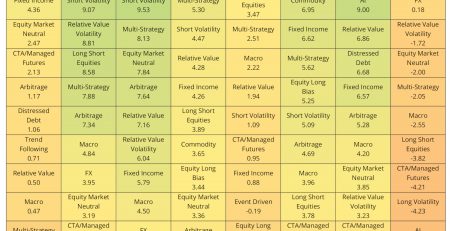 Howard Marks: Very Few Investors Consistently Know When A Stock Price Is Wrong, And By How Much, And In Which Direction

Howard Marks provides a great reminder in his 2001 shareholder letter that it takes a lot more than hard work for active managers to be successful in investing. He... Read More

Starvine Capital Corporation letter to investors for the second quarter ended June 30, 2015. Get The Full Walter Schloss Series in PDF Get the entire 10-part series on Walter Schloss in... Read More