Outrageous Predictions For 2016 by Saxo Group

Outrageous predictions – ‘The close of the paradigm’

The irony in this year’s batch of outrageous predictions is that some of them are “outrageous” merely because they run counter to overwhelming market consensus. In fact, many would not look particularly outrageous at all in more “normal” times – if there even is such a thing!

In other words, it has become outrageous to suggest that emerging markets will outperform, that the Russian rouble will be the best-performing currency of 2016, and that the credit market will collapse under the weight of yet more issuance. We have been stuck in a zero-bound, forward-guidance lowering state for so long that there exists a whole generation of traders who have never seen a rate hike from the Federal Reserve. As we close out 2015, it has been nearly 12 years (early 2004) since the US economy was seen as recovering strongly enough to warrant starting a series of hikes – and that series ended in early 2006, nearly ten years ago.

We are truly entering a new paradigm for many market participants and the new reality is that the marginal cost of money will rise, and thus so will volatility and uncertainty.

All of this is embedded in this year’s Outrageous Predictions. As always, it’s rewarding to see how our customers pitch in and how this publication creates a stimulating debate. Our hope is that these predictions might both inspire you and unsettle your more complacent assumptions.

More than anything, we encourage you to join the debate – whether you agree or want to push back and argue the other side. It is this process of discussion and thinking outside the box that is at the heart of Saxo’s now quite long history of outrageous predictions.

Let me again and for good order’s sake remind you that this is not Saxo Bank’s official forecast. It is, however, a set of ten independent events which we at the time of writing think could have a material impact on your portfolio should they come to fruition.

2015 was a poor year for us in terms of predicting the outrageous, but as I travelled around the world over the past 12 months it became obvious to me that we are at some sort of an “end of the road” in terms of world markets.

We are at the close of the paradigm that has reigned since the response to the global financial crisis. Quantitative easing and the policy response have failed us, China is transitioning, and geopolitical tensions are as complicated and hot as ever, to name just three key factors.

I hope that this year’s suite of predictions will prepare you for whatever comes our way in 2016, and while we can hardly hope to be right on more than one or two predictions each year, we’d like to think that these “outrageous” calls have at the very least a greater probability of coming true than the near-constantly wrong consensus.

I wish you a happy holiday and a good trading year in 2016!

Many years ago back in 1989 I wrote one of my first research reports and I made the call that USDDEM should trade all the way down to 1.23. It was an outrageous call and colleagues from back then still remind me when we meet (the dollar to the deutsche mark was trading in the high 1.60s at the time).

Now it’s again time to call for 1.23 but this time in EURUSD. In four of the last five Fed rate hike cycles, the US dollar has peaked around the first hike indicating that the direction of the US dollar is inversely correlated to the Fed rate cycle.

A higher EURUSD will not only make the European Central Bank lose face but also catch the consensus out as most investors and traders believe parity between the EUR and USD is only a matter of time.

At a macro level the direction of the US dollar will be the single biggest factor in explaining net return for all asset classes. The irony here is that if the dollar does not weaken, then the world most likely will be in deep recession as a stronger dollar increases the debt burden for US-dollar funded and dependent emerging markets, lowers profit for bigger US companies, lowers commodity prices through the link of being traded in the dollar and lowers the overall emerging market growth which is more than 50% of world growth today.

In other words the path of least resistance for the world to rebalance and get more growth is a weaker dollar if the expected monetary- and fiscal-policy environment plays out as expected from here.

Europe is running a massive current account surplus and its weaker inflation should, in macroeconomic logic, mean a stronger currency, not a weaker one. The race to the bottom has gone full circle, meaning we are back to a weaker US dollar again as the main policy response for the US and hence global growth.

By late 2015, the combination of collapsing oil prices and financial sanctions against Russia over the situation in Ukraine saw a rough ride for Russian assets and its currency, the rouble. But in 2016, oil prices surge again as demand growth in the US and especially China outstrip overly pessimistic estimates, just as US oil production growth is slowing and even reversing on a financial debacle linked to shale oil companies.

This is a boon to Russia’s energy dependent economy. Meanwhile, in 2016, the US Federal Reserve allows the US economy to run a little bit hot as the strong USD sees the Fed raising rates at perhaps an inappropriately slow pace. This represents a bonanza for emerging markets and their currencies, in particular Russia as commodity bears are left out in the cold in 2016. Meanwhile, Russian assets and its currency get an extra boost as new geopolitical alignment pressures bring Russia and its adversaries to the negotiation table and provide visibility for an exit from the vicious standoff that had left Russian assets under-weighted globally and therefore undervalued over the last year and more.

Flows from international investors and Russian repatriation flows flood back into the Russian economy. By the end of 2016, the Russian ruble, including carry from Russia’s high interest rates, rises some 20% versus the US dollar/euro basket in 2016.

Outrageous predictions – Silicon Valley’s unicorns brought back down to earth

The first half of 2015 had the lowest number of venture capital deals in 25 years as VC firms rushed to plough money into so-called unicorns – startups valued above $1 billion each. This rush to capture everything that might have blockbuster potential inflated the bubble in unlisted US tech firms.

2016 will smell a little like 2000 in Silicon Valley with more startups delaying monetization and tangible business models in exchange for adding users and trying to achieve critical mass.

Remember the dotcom gospel of clicks and page views instead of focusing on revenue and profits?

Fidelity’s recent writedown of its Snapchat stake by 25% underscores the increasing uncertainty over valuations of VC-backed tech firms. Snapchat, let’s not forget, was valued at around 160x on price-to-sales.

As the USD rate cycle gets priced into all asset classes in 2016, yields on alternative investments to VC-backed startups will go up. This, combined with US equity markets going sideways in 2016, will spark nervousness among VC investors who ar e pushing for IPOs.

But the harsh reality eventually sinks in that public markets just won’t buy the VC-backed tech firms at highly inflated prices. The resulting carnage could stop the growth in VC funding, slash more than half the value of some of the major unicorn names, and halt housing gains in San Francisco (the most overvalued real estate market in the US).

The poster child for emerging market weakness is Brazil with its recession, collapsing consumer confidence, skyrocketing unemployment and plunging currency. USDBRL has nearly doubled so far this year while confidence is at a decade low and unemployment is at a five-year high.

Oh, and lest we forget; yearly GDP growth has been negative for five straight quarters – and this count could turn double-digit before it is over. A poster child, maybe, but Brazil is hardly alone in struggling to come to terms with the end of the commodity super-cycle, which has morphed into a full-scale oil price meltdown, a weakening China-led global manufacturing cycle and a run-up in dollar-denominated debt. Add uncertainty about the Federal Reserve’s first rate hike in more than a decade to the mix and the pictur e is bleak.

Against this disturbing backdrop we look for the host of the 2016 Olympics to lead EM out of the current malaise with equities outperforming. Leading indicators are stabilising in China and climbing in India, and recent policy easing furthermore helps the outlook for the former.

Stabilization, investment spending on the Olympics, and modest reforms will see sentiment rebound in Brazil, and EM exports will be helped by cheaper local currencies. The Federal Reserve’s coming rate hike cycle is causing all kinds of commotion in EM, but this ignores that during a typical rate hike cycle, EM equities tend to outperform not only other equities, but also government bonds. The MSCI EM index is trading at a forward P/E of just 12.1 compared to 18.8 for developed market equities – an unreasonable discount. The result: EM equities to have a great year, outperforming bonds and other equities. 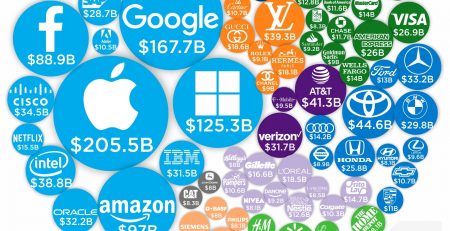 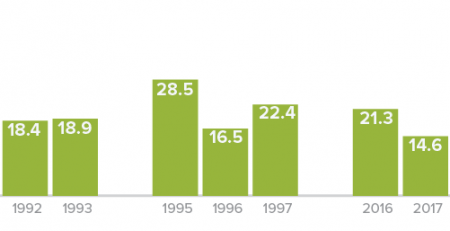 Introduction Throughout this series I have referenced the idea that the stock market in the general sense may be overvalued, or at least fully valued.  On the other hand, I... Read More 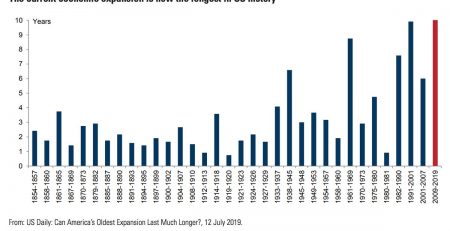 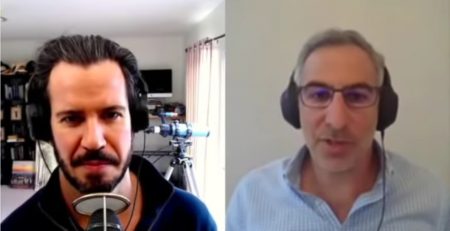 We started this class by tying up the last loose ends with risk free rates: how to estimate the risk free rate in a currency where there is no... Read More