The first half of 2016 was marked by tremendous volatility, with a very steep selloff in January, followed by a gradual recovery in the market. But the explosive final week of June was truly the icing on the cake, when the market violently reacted to the downside following the epic U.K. “Brexit” vote, only to once again fully regain those losses. What a year it has been!

As you can see in your enclosed statement, we had a very strong first half of the year. With the S&P 500 up 3.84%, our portfolios far exceeded that, by very wide margins. Although we aren’t excited about the future prospects for the overall market, we are extremely bullish on the companies we are invested in.

It’s never easy looking into the “crystal ball” to try and predict the future. If anyone tells you they know what will happen in the future, or they know what the market is going to do, I suggest you run the other way. What makes today more uncertain than past years in trying to predict future economic activity is the interest rate environment. Not often can you say NEVER BEFORE, but never have interest rates been this low. NEVER in history. Isn’t that amazing!! As you have heard and read, many countries are offering negative interest rates on their bonds. Yes, you have to pay them to hold your money. Currently, there is $12.7 trillion of sovereign debt, 36% of total world sovereign debt with negative interest rates. There is another $14.5 trillion with interest rates of less than 1%. One has to ask the question, is this really happening? There is no sign of this changing anytime soon, but I am old enough and just wise enough to know that at some point it will change, and with a vengeance.

So what does this mean? How does one invest in this environment? First, I am so glad we began building positions in gold miners the past few years. They have been big winners for us, and they are just getting started. Second, all of this cheap money sloshing around the world will cause mispricing of all types of investments, from stocks, to bonds, to real estate and more. I think this calls for extreme caution going forward. We will be very careful not to overpay for stocks, and insist that each and every one of our investments have a margin of safety to protect your capital.

The twenty-first century has been marked by a series of investment bubbles, all of which I believe have been facilitated by the Federal Reserve. First was the tech stock bubble of 2000, which was fueled by cheap money thanks to Alan “The Maestro” Greenspan. Next was the housing bubble of 2008, fueled by cheap money thanks to Ben “Helicopter” Bernanke. More recently we experienced an energy bubble, where easy access to cheap money caused excess exploration and production of oil and gas, this time aided by the Janet Yellen Fed. I believe the next bubble will be the bond bubble, where trillions will be lost worldwide by investors believing that interest rates will never go the other way. There was similar sentiment with housing and tech stocks before they collapsed. When will this bond bubble occur? That is impossible to answer, but I have seen enough in my career to know that everything cycles, and interest rates will rise. Watch out when they do.

How do we protect your money from this oncoming train wreck? First, by not investing in long dated bonds. Second, by not over paying for stocks, and not following the crowd into utilities and consumer staple stocks paying a nice dividend. Investors are currently chasing yield driving up these stock prices to nose bleed levels.

Looking at our portfolios, our investments in gold miners, the beaten up energy sector, and stocks like Fairfax Financial that run counter to the market, give me confidence that when this long dated bull market come to an end, our clients will be in a much better position than the masses that have piled into index funds.

In each of our quarterly letters we highlight certain companies we are invested in. In this letter, we highlight just one with tremendous potential.

Cheniere, whose stock symbol is aptly L.N.G., (Liquified Natural Gas) is one of our newest investments, and one that I am hugely optimistic over. LNG is in the business of sourcing natural gas here in the U.S. and shipping it all over the world. LNG first came to our attention several years ago when we noticed legendary investor Seth Klarman of the Baupost Group accumulating shares. Another legendary investor, Carl Icahn, is the largest shareholder and two of his lieutenants have board seats. Today, Baupost owns 30 million shares (12.7% of the company) and Icahn owns 32 million shares (14% of the company). Both of them have an average cost in excess of $55 per share, far above today’s price of $39.

I generally don’t think much of CEOs who appear on CNBC’s Jim Cramer show. I would hope they are too busy running their company to participate in such a circus. I watched interviews with LNG CEO Charif Souki, and I was totally turned off. He appeared to be a jet setting, fast talker who spent a fair part of the year in Aspen. I decided not to touch the stock with him as CEO. When I heard he was fired, I was excited and anxious to see who they would hire. Jack Fusco, CEO of electric power plant operator Calpine, left a very good job to take over as LNG CEO. Fusco has spent his entire career in the utility/ power plant/ natural gas business and seemed perfect for the role. I’m guessing Carl Icahn, with two board seats, had enough of the fast talking Souki and forced him out of the company. Nobody plays hardball better than Icahn. I was also thrilled to learn that Fusco agreed to buy $10 million of LNG stock, and he was given another $10 million of restricted stock as part of his package.

To ship natural gas overseas by vessel, it needs to be converted to liquefied natural gas (LNG). The natural gas is delivered to the terminal where it’s chilled to -240°F, a temperature that transforms vapor to a liquid, compressing its volume 600 times. Once it arrives at a foreign destination, it is deliquified for use.

Thanks to technology in oil and gas production, the United States has become the leading natural gas producer in the world. Natural gas usage continues to grow dramatically. Much of the world is dealing with air pollution, and some of the biggest contributors are coal fired power plants. Wind and solar plants are still in their infancy, and are very expensive, and nuclear powered plants are problematic to say the least. Natural gas fired plants aren’t pollution free, but are much, much cleaner than coal plants. Natural gas is also used heavily in manufacturing plants, production of chemicals, and on highway and off highway trucks.

LNG has two locations where they operate what they call “trains”. Each train is a terminal where the gas is liquefied and transferred on to a vessel. LNG will have six trains at Sabine Pass, Lousiana, and three trains at Corpus Christi, Texas, both locations situated on the Gulf of Mexico. All trains at both locations should be completed by 2019. After years and years of planning and construction, Train One at Sabine is completed and they shipped the first vessel two months ago. Construction giant Bechtel Corp. is building the projects, and total project cost is estimated to be $30 billion.

There are competing LNG projects being developed around the world, including Chevron’s huge Gorgon project in Australia. The fact that Cheniere began the process several years ago gives them an advantage as they have supply contracts with users all over the world. LNG has supply contracts with British Gas, Gas Natural Fenosa of Spain, Korea Gas, Gail Limited (India), Total of France, Centrica (U.K.), PT Pertamina (Indonesia) and more. With these supply contracts, LNG is paid a fixed fee to liquefy and load the LNG on to the vessel. They are not taking market risk with the price of natural gas. There is talk of oversupply of L.N.G. in the future, but Cheniere is in a great position having all these customers signed to long term supply contracts.

The LNG investment is not without risk. A major concern of ours is the amount of debt the company has. As I stated earlier, the total project cost is estimated to be $30 billion, and LNG has $16 billion of long term debt, and this number could increase. However, the company estimates they will have in excess of $1.0 billion of free cash flow within five years. The company is confident they’ll have no problem servicing and repaying their debt.

Baupost’s Seth Klarman added 3.7 million shares to his position the past few months. I can’t imagine Jack Fusco would have left Calpine for LNG if he didn’t realize the future is very bright. The bottom line is, we in the U.S. have enormous reserves of natural gas, and the world is using more of it every day. We at Old West believe Cheniere Energy is in a great position to profit from this opportunity for years to come.

As of the date of this letter, the market is at an all time high. We are by no means bullish about the market but owning companies like Cheniere Energy gives us confidence your hard earned money will continue to grow in the future. Thank you for your continued loyalty and support.

Read the previous letters below.

See the full fact sheet below. 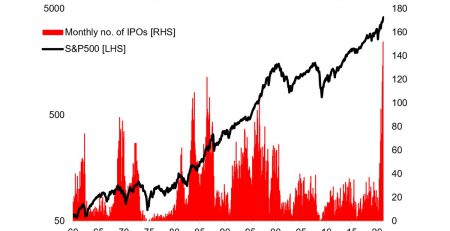 The pace of US IPO activity has shattered previous records. It is a clear sign of excess and market froth. The stampede into IPOs reflects (past) performance. Increasing... Read More

Shares in LeapFrog Enterprises Inc. have jumped by around 70% today after Hong Kong-based VTech Holdings Ltd said it would buy the US toymaker for about $72 million or $1 per... Read More

UPDATED: 01/09/2018 at 1:50PM EST While we are updating our books list one investor readers asked us about was Mohnish Pabrai.  When we looked into it turned out Pabrai... Read More