Have you ever had that feeling that you’re the only one in the room who doesn’t get a joke? Elliott Management’s Paul Singer has when he looks at developed world policy prescriptions intended to improve economic growth. In an April 1 letter to investors reviewed by ValueWalk, Singer opines about central bank policy and connects the dots to rising populism.

Paul Singer: When will a stimulus led bubble burst?
As the economic world . . .

Ned Davis – The Passive ‘Bubble’ Is About To Pop

It looks as if investors decided to take a more risk-on approach during December against the backdrop of steadily rising markets according to a new report from credit rating... Read More 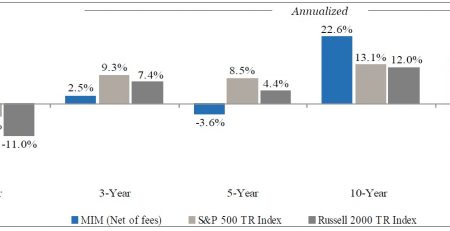 Friend & Foe: Better Living Through Social Science Research by Jonathan A. Knee, DealBook Academic work in the social sciences often elicits puzzlement from those outside the scholarly realm. Even... Read More

While the healthcare sector has experienced a setback recently, having “become short-term auto-correlated to the downside,” Hedge Fund titan Larry Robbins of Glenview Capital frets about the recent problems... Read More

Sheryl Sandberg from Facebook Inc (NASDAQ:FB) is leaning in on the stock, selling 283,000 shares at a price of $74.33 in the social networking company as algorithmic traders are... Read More