“Markets are always a puzzle,” Elliott Management founder Paul Singer mused in his June 30 letter to investors reviewed by ValueWalk. As he looks at China and non-cleared derivatives, two seemingly unrelated issues, Paul Singer's Q2 Letter  sees markets that are “sheathed in dense clouds which teasingly part for only brief glimpses of what may lie beyond.”

Paul Singer's Q2 Letter - Chinese "wealth management products" seem much like 2008-like US derivatives
Non-financial sector debt in China has grown over 400% since the 2008 financial crisis, with a debt to GDP level now rivaling Japan near 257%. Looking under the hood of Chinese debt, leverage and financial products that could be causation for the next crisis, Paul Singer's Q2 letter spots two candidates – both of which bear similarities to what was causation for the 2008 version.

Individually-held Chinese “wealth management products” appear more like a parlor game that provide a return to investors without much understanding of how they work. These investment vehicles, offered by mainstream banks, have racked up $10 trillion in assets. But Singer notes troubling similarities with the nontransparent investment products at the center of the 2008 crash.

“They are as gamey and inaccurately-disclosed as any of the contraptions of the American derivatives/structured-products/subprime/credit bubbles, and have all the complexity of cross-holdings, debt hidden under the costume of equity, and insane leverage,” he writes. “Moreover, 60% of these products have maturities of less than three months. A more powerful accelerant of a future market crisis can scarcely be imagined.”

The second issue is

Kenmare Fund Has A Plan For Market Sell-Off

The equity investing environment continues to be characterized by low interest rates, low economic growth and full valuations, the Kenmare Fund noted to its investors in a July 29... Read More

Canadian banks have had a strong year so far, with consumer loan growth being driven by a rebounding domestic real estate market and commercial loan growth up from 2012.... Read More

The human brain, the most complex region of the body, could be more complex than researchers previously imagined. New research, hailed as a milestone in neuroscience, has mapped the... Read More

US investors sold stocks for the second consecutive week last week after having been net buyers for the prior 14 weeks since the election, that’s according to Bank of... Read More

Jun Hao Tay On Tesla: Good Business, Bad Stock Lessons From A Value Investor: A Meeting With Jun Hao Tay by Anton F. Balint A few days ago I had the pleasure... Read More 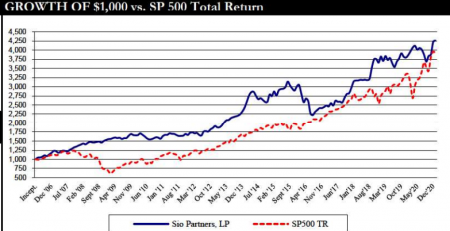 Sio Partners, the specialist healthcare hedge fund, returned 0.9% net of fees and expenses in January, compared to a loss of -1% for the S&P 500 and a gain... Read More