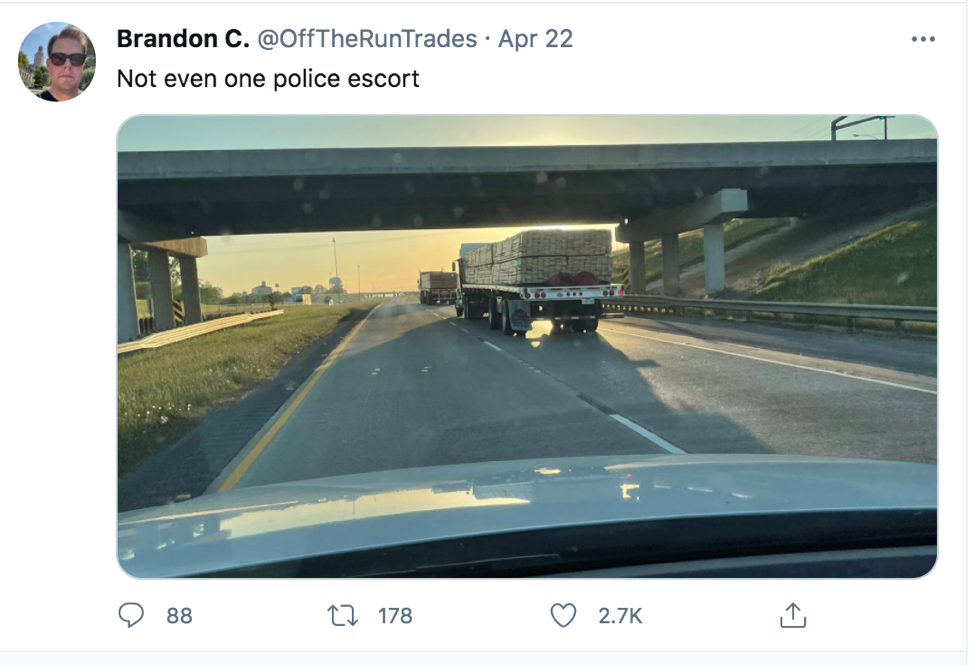 If you don’t get it, you probably missed the biggest lumber boom in history. Since the beginning of Covid, lumber prices have shot up 5X. This year alone, lumber doubled, reaching an all-time record of $1,670 per thousand feet of board.

Who knows, maybe one day Elon Musk will let you buy a Tesla with stacks of timber studs, now that he’s ditched Bitcoin.

Jokes aside, this boom is not about lumber. The prices of all raw materials, from copper to soybeans, are marching higher. And so far, commodities are the best performing market corner this year: 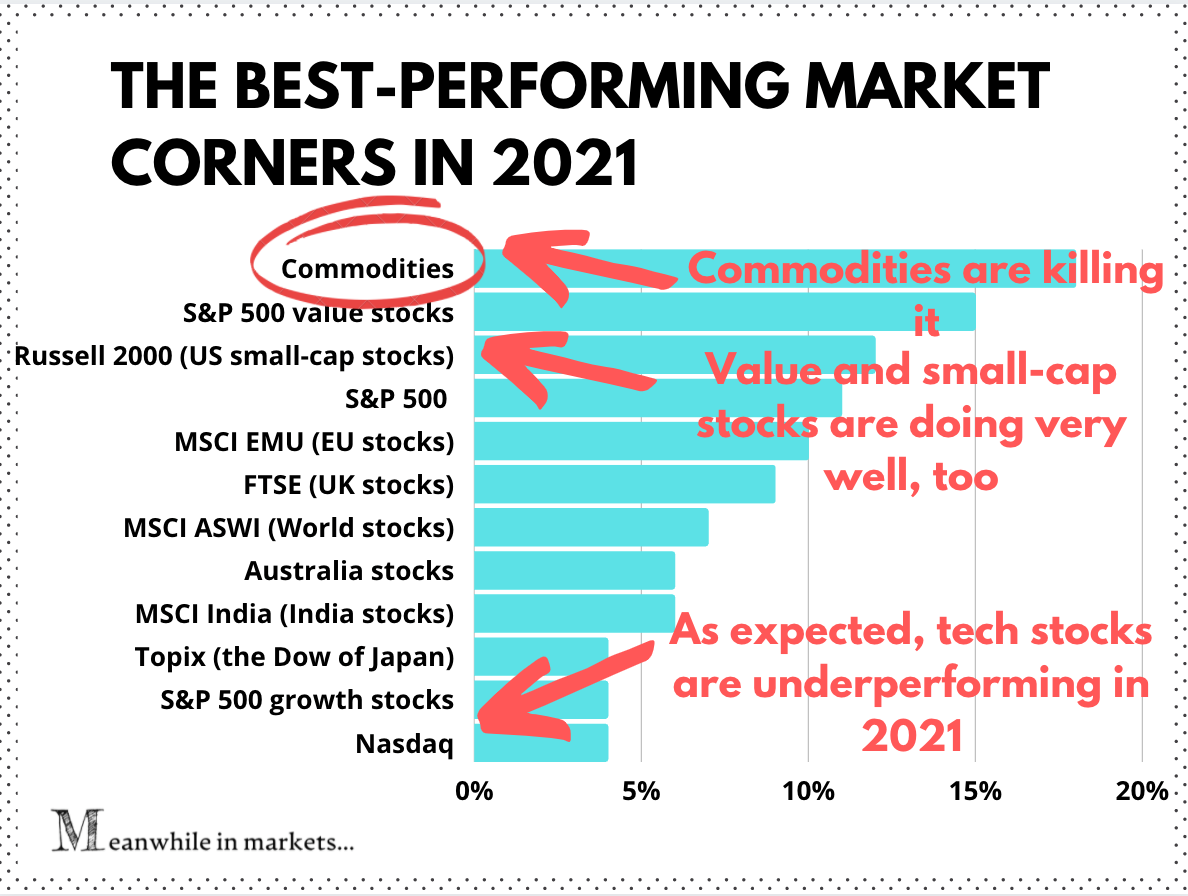 So in today’s newsletter, we’re going to talk about commodities. I’ll discuss what’s driving their prices right now, the bear and bull case that could shape this market, and how you can invest in it.

But first, what commodities are and the role they play in the economy.

Why commodities became so expensive all of a sudden

In human terms, a commodity is any raw material—from industrial metals like copper and steel to livestock—that you can trade on an exchange. (Yes, you can trade pigs if you’re in the mood.)

These basic goods are the first thing that goes into the production of a finished product.For example, sawmills turn lumber into studs that homebuilders use to build houses. And Tesla works up lithium to make batteries that go into their electric cars.

So why are commodities soaring so much when the economy has barely recovered? Have people begun building 5X more homes? Or have vegans given in to the inescapable allure of bacon (lean hogs are up 68% this year)?

Not so. At this point, surging commodity prices are less a demand problem and more a supply problem.

You see, Covid caused all sorts of disruptions for material producers. For example, most copper mines in Chile—the world’s largest producer of copper—shut their doors for at least part of 2020. Many other producers had to cut capacity to comply with distancing measures.

Even worse, Covid messed up planning.

Take lumber producers for example. Who would have thought that Covid would bring a housing boom? Imagine the lunacy of coming on CNBC with that thesis in March of 2020. So naturally, many lumber producers shut their operations, sold off inventories, and waited for better times.

Now, it’s not just materials producers that slimmed down. During Covid, most businesses drew down their inventories to a bare minimum to prevent losses. As recently as last December, inventories of American companies (relative to GDP) dried up to the lowest levels since 1992.

Until the last minute, businesses were playing it safe. But then vaccines came along, the recovery came within reach, and everyone went on a buying spree.

Now companies don’t just need to make more stuff. They also have to restock their drawn-down inventories. The entire supply chain is playing catch up. And that chain begins with raw materials.

Meanwhile, material producers can’t keep up with demand because they simply didn’t expect this demand. And unlike a factory, they can’t flip the switch back to On and start making stuff. There’s a lead time to bring back and extend operations.

The result: the world is suddenly short on everything. Materials are being gobbled up like AirPods on Black Friday. And prices are going up.

So the question is, is this commodity boom temporary? Is it, as I’ll show in a moment, a repeat of post-Great Recession boom and bust? Or, will it stick around?

While Covid led to all sorts of weird disruptions, the bust and boom in commodities that came with it is not uncommon. Commodities have gone through similar cycles many times in history. And they offer an almost déjà vue-like view into today’s boom.

After the housing collapse, the global economy plunged into one of the worst recessions in history. Businesses went bust or scaled back. Demand for commodities dipped, producers flooded the world with raw materials, and the glut crashed their prices 50%.

But then fears blew over, businesses picked themselves back up and started producing more stuff. Commodity producers couldn’t meet the demand on such short notice. Materials became scarce. And by 2011, commodity prices went through the roof.

Back then, analysts predicted that the shortage would last for years. Here’s a chart (hat tip to UBS’s material analysts) that shows copper deficit predictions of Wood Mackenzie—one of the leading energy and mining consultancy companies: 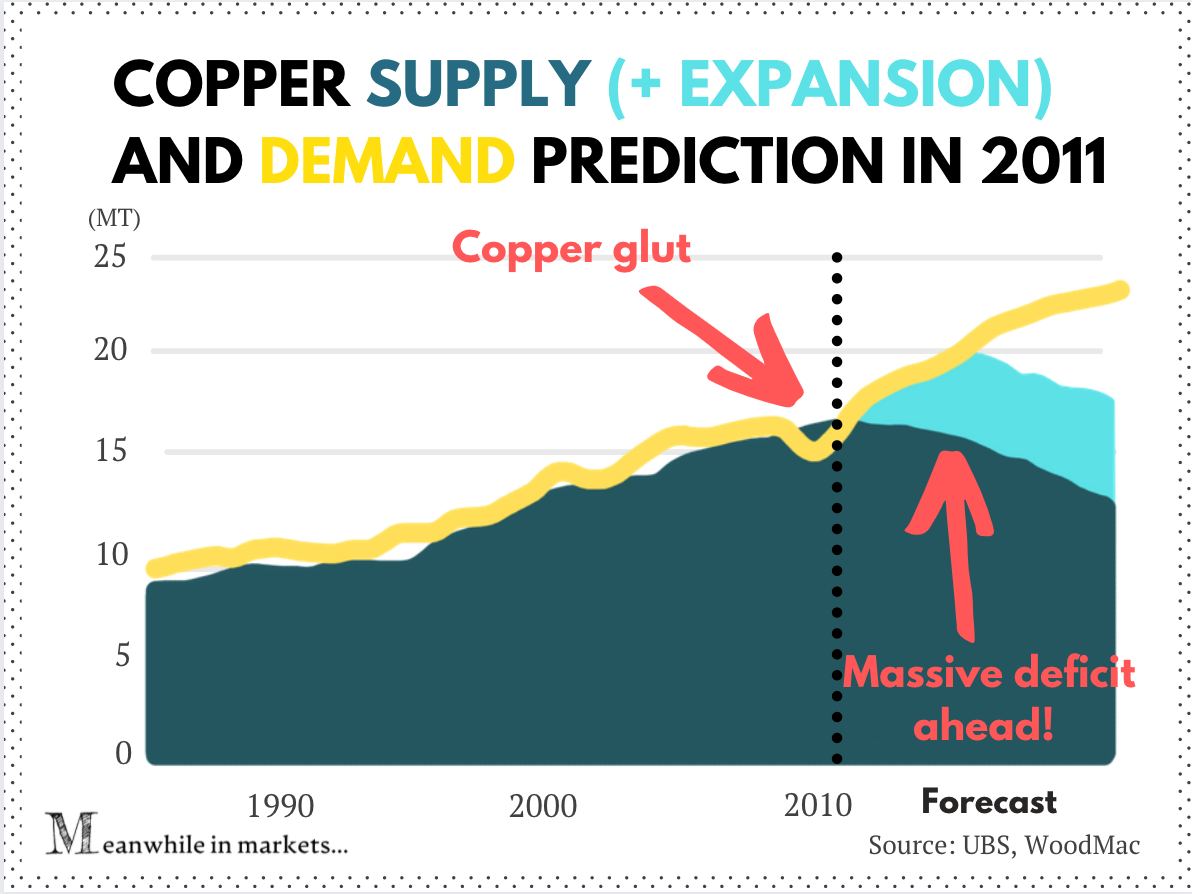 The deficit didn’t happen. Because a) high prices incentivized more investment in mines than expected, and b) the supply gap was filled by private, unknown projects that didn’t make it into analyst estimates

Let me show you what they are predicting right now… 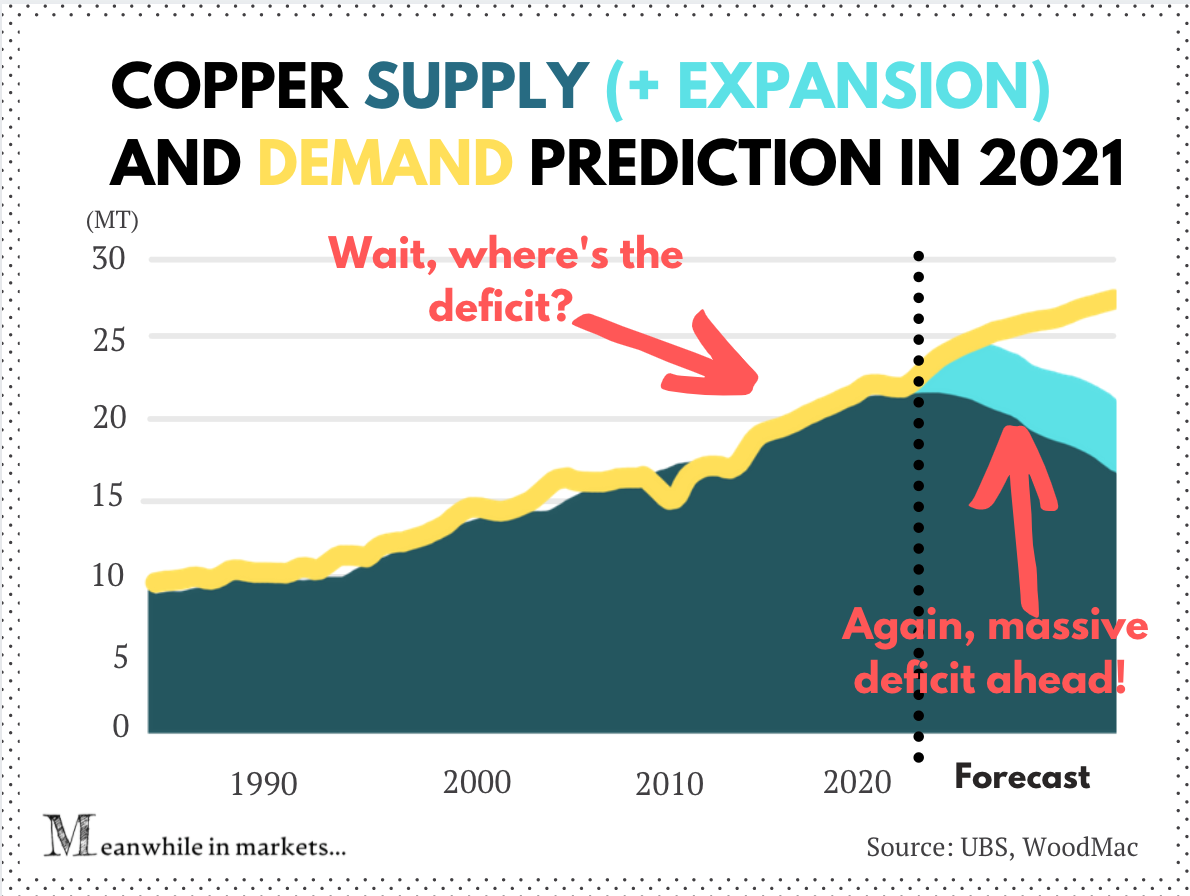 So the bearish argument is that the “invisible hand” will fix this imbalance.

After material producers work out supply bottlenecks, commodity prices will return to normal. If that’s not enough to meet demand, higher prices will encourage more investment into operations—which sooner or later will fill the gap.

The bearish case is all about commodities’ sensitivity to economic cycles, and how well they do when the economy recovers and supply lags, and then go bust when supply catches up.

But once in a while, commodities enter so-called “supercycles.” In a human language, this is when the world needs way more materials than expected for way longer than expected.

These supercycles span decades and their inertia keep pushing commodity prices higher for years, as you can see here: 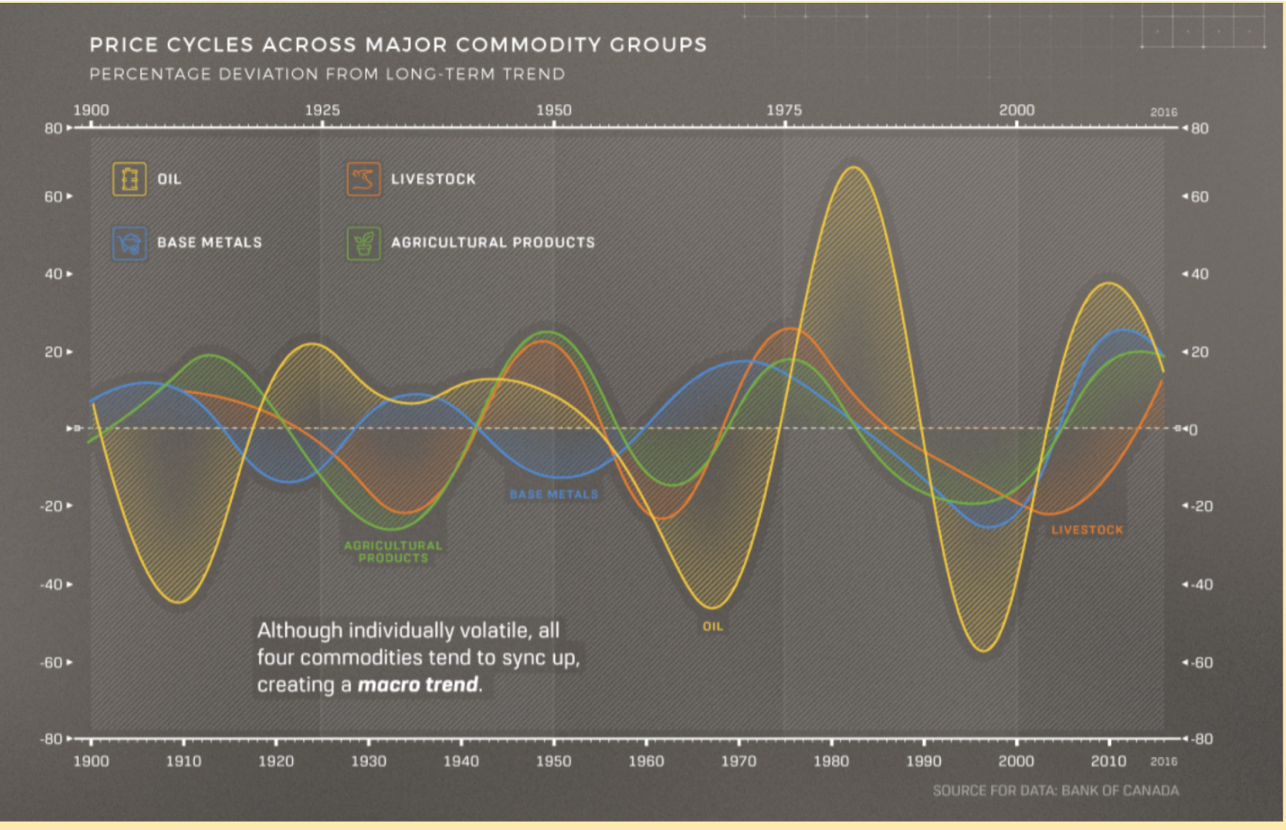 The last supercycle began in the late 1990s.

At the turn of the century, major emerging countries like China and India began rapid industrialization of their economies. These projects needed unthinkable amounts of energy and industrial materials like steel and copper.

As usual, supply lagged and commodity prices went up. By 2011, commodities peaked at 4X higher prices before crashing. And to this day, they haven’t recovered to those levels.

The reason Goldman Sachs and JPMorgan are banging the drum on a new decade-long supercycle is multi-trillion-dollar investments that are coming into green energy.

Here’s a glimpse of ambitious, and extravagant, plans to fight climate change around the world:

In other words, the world is transitioning from a fossil fuel economy to a green energy economy. And that shift will require tons of materials from steel to lithium (by the way, since our discussion last December, lithium is up 5x).

Some analysts at Goldman Sachs go as far as calling copper the new oil.

The buildout of the green infrastructure will also require lumber, steel, and other industrial materials. Which could keep demand and prices for materials higher for years.

Should you invest in commodities? And two ways to do it

There are two easy ways to invest (not speculate or trade) in commodities.

One is to buy an ETF that tracks a commodities index. For example, if you want to invest in a diversified basket of all commodities (including food crops and oil), the most popular ETF is: Invesco DB Commodity Index Tracking Fund (DBC)

Another way to invest in commodities is simply to buy stocks that produce materials. For example, if you want to invest industrial metals, you can buy mining stocks or an ETF basket of mining stocks. The biggest such ETF would be SPDR S&P Metals & Mining ETF (XME)

Now, if you asked me… I’m more a bull than a bear here in the long run for two reasons. (I hold mining stocks in my portfolio.)

Based on all the data I’ve gotten my hands on (including non-public institutional reports), it looks as if supply is going to be an issue for now. The economic recovery is just starting. Biden’s agenda, coupled with the world’s shift to green energy, will need a lot of materials. And these things should keep material suppliers busy for years.

The catch is that there could be a time gap between supply normalization (bear case) and grand green energy projects (bull case). And you have to be picky. If we are indeed at the dawn of a new supercycle, not all commodities are going to benefit from it.

The second reason is that commodities are a great addition from a portfolio construction standpoint. They protect your portfolio from inflation. And with the risk of rising rates, commodities are filling in as a counterweight for stocks.

Stay ahead of market trends with Wall Street-grade insights

Every week, I put out a story that explains what’s driving the markets. Subscribe here to get my analysis and stock picks in your inbox.

George Soros is unquestionably one of the most powerful and profitable investors in the world today. Dubbed by BusinessWeek as "the Man who Moves Markets," Soros made a fortune... Read More

What are the prospects for an infrastructure bill?

The economic calendar is full, including all of the big reports except employment.  There will be some attention to the data, but I expect competition from Congress.  Many will... Read More

“Davidson” submits: Q2 hedge fund letters, conference, scoops etc It is useful to note that the Value Investor Index does not adjust  w/rates. It is based on long-term SP500 EPS and... Read More 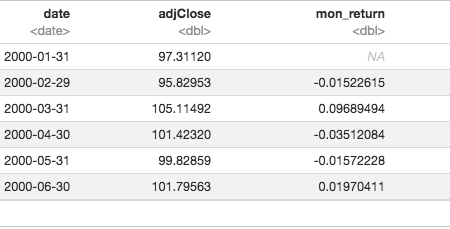 Welcome to the first installment of Reproducible Finance by way of Alpha Architect.  For the uninitiated, this series is a bit different than the other stuff on AA –... Read More 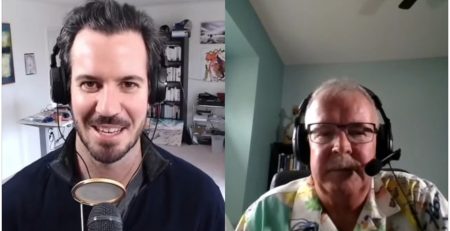