Shortly after PIMCO re-hired Paul McCulley as chief economist, Bill Gross revealed that he and McCulley had independently come to essentially the same conclusions about the New Neutral paradigm shaping the bond market. In his first article since returning, McCulley explains the New Neutral from his perspective, but he takes us back thirty-five years to do so.
The New Neutral: Volcker’s war on inflation
In 1979 Federal Reserve Chairman Paul Volcker declared a secular war on inflation using cyclical policy tools in what was . . . 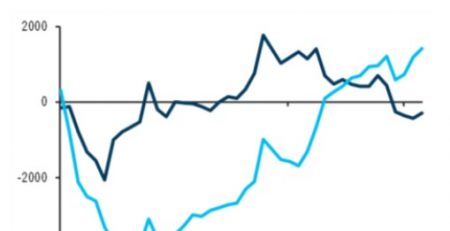 The Flight To Value And Safety Is On

Trash talking among friends on the golf course is common. In fact, there is sometimes more trash talking off the course, before and after a heated match among good... Read More

This is part two of a multi-part series on Walter Schloss, legendary value investor. To ensure you do not miss the rest of the series sign up for our... Read More

Carlson Capital's Double Black Diamond Fund was down 2.06% for March, bringing its year-to-date return to 1.19% after giving up some of its gains from the first two months... Read More

Morgan Stanley: Oil Is Heading To $70

Oil markets will remain weak until 2017 but should rapidly tighten thereafter; that’s according to analysts at Morgan Stanley who believe that most oil market participants are spending too... Read More

The Internet of Things is emerging as a third and potentially the biggest trend yet in the development of the Internet, says Goldman Sachs Group Inc (NYSE:GS) in a new... Read More