Fed appears scared as "Audit the Fed" a popular topic in Sen. Rand Paul political event
As polls show Senator Rand Paul coming in second place in the Republican presidential nomination sweepstakes in diverse locations such as Iowa and New Hampshire, the U.S. Federal Reserve appears to be getting nervous regarding a groundswell of popularity regarding one of the Kentucky Republican’s political issues: the U.S. Fed itself.

In a speech at Catholic University Monday . . .

Pabrai Funds Crushed, Down 20% In 2015 Thanks To Horsehead

The Pabrai Funds – the hedge funds managed by value investor Mohnish Pabrai -- saw the value of their assets fall by 19% during 2015 according to the firm’s... Read More

Hedge fund Grandmaster Capital ended 2014 with a 7.8% return after gaining 2.24% in Q4. The equity focused value hedge fund was founded by Patrick Wolff, who was previously... Read More

JPMorgan’s Erdoes From Delivering Alpha: How The Pandemic Is Triggering Deglobalization

The more connected the world has become, the easier it has become for investors to look outside their home country to find alpha. However, the pandemic has resulted in... Read More 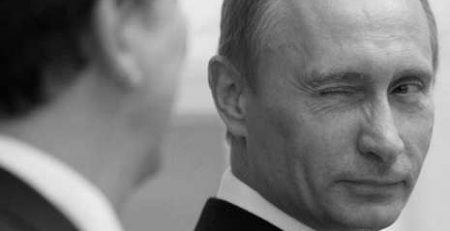 January brought a strong equity rally which boosted hedge fund returns around the globe. The dollar was down, which was good for emerging markets like those covered by Sturgeon... Read More

Meet The Quant Investor And Developer Of The Market Avalanche Detector

Q&A with Fred Piard I recently stumbled onto two unknown investment books, by an unknown author, which I am sure you will also find interesting. The first one is called Quantitative... Read More

In a recent post on Linkedin, Ray Dalio, the largest hedge fund manager in the world, thought it appropriate to explain “why he talked with Larry Summers about the... Read More