08/29/14 — Fairfax Financial Holdings Limited (TSX: FFH)(TSX: FFH.U) (“Fairfax”) and Pethealth Inc. (TSX: PTZ) (“Pethealth”) announced today that they have entered into an arrangement agreement (the “Arrangement Agreement”) under which Fairfax will acquire all of the outstanding common shares of Pethealth for $2.79 per share in cash. In addition, under the terms of the transaction, Fairfax will acquire all of the outstanding preferred shares of Pethealth for a purchase price of $2.79 per share in cash, plus any dividends accrued but unpaid up to, but excluding, the day of closing.

Total cash consideration of approximately $100 million will be paid for Pethealth's common and preferred shares and options. The transaction, which will be completed by way of a plan of arrangement (the “Arrangement”), is subject to certain customary closing conditions, and is expected to close in the fourth quarter of 2014.

Certain shareholders of Pethealth, including certain directors, who in the aggregate beneficially own approximately 14.5% of the outstanding common shares and 40.4% of the outstanding preferred shares, have agreed pursuant to voting support agreements to vote their shares in favour of the Arrangement unless the Arrangement Agreement is terminated.

In addition, certain other shareholders, including Burgundy Asset Management Ltd. and Richard J. Renaud, collectively representing 36.4% of the outstanding common shares, 24.8% of the outstanding preferred shares and 35% of all outstanding shares in both classes, have entered into voting support agreements that commit the shareholders who are parties thereto to (i) vote their shares in favour of the Arrangement and not in favour of any competing offer and (ii) if the Arrangement Agreement is terminated for any reason other than certain limited circumstances, to sell their shares in Pethealth to Fairfax for $2.79 per share into a take-over bid made by Fairfax for any and all of the common shares for $2.79 per common share and preferred share within 10 business days of the date of termination of the Arrangement Agreement.

If the Arrangement Agreement is terminated under certain circumstances, a $3.5 million termination fee is payable by Pethealth to Fairfax.

Full details of the transaction will be included in an information circular to be mailed to Pethealth shareholders in advance of the shareholder meeting to approve the Arrangement. A copy of the Arrangement Agreement, the information circular, voting support agreements and related documents will be filed with the Canadian securities regulatory authorities and will be available under Pethealth's profile at www.sedar.com .

Raymond James & Associates, Inc. served as financial advisor to the Special Committee of the board of directors of Pethealth.

Fairfax is a financial services holding company which, through its subsidiaries, is engaged in property and casualty insurance and reinsurance and investment management.

Pethealth is North America's second largest provider of medical insurance for dogs and cats to pet owners, operating in the United States, Canada and the United Kingdom. In addition, the Company is the leading provider of management software to North American animal welfare organizations through its SaaS-based application and is the leading provider of pet related database management services to the North American companion animal industry. Pethealth offers a unique range of products and services for veterinarians, shelters and pet owners through a number of wholly owned subsidiaries using a range of brand names including PetCare, 24PetWatch, Pet Protect, Petpals Direct, PetPoint, Petango.com and ThePetangoStore.com.

Pethealth is based in Oakville, Ontario. To find out more about Pethealth, visit the web site atwww.pethealthinc.com. 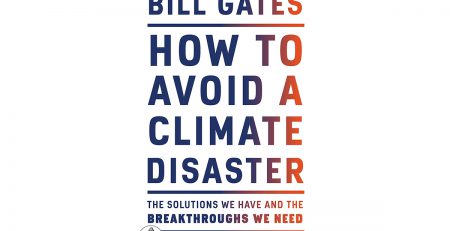 Once again, LendEDU has ranked many of the biggest banks in the United States according to the number of 2017 complaints each bank received in the Consumer Financial Protection... Read More