We last wrote about the global energy industry in the fourth quarter of 2014. At that time, oil had fallen by 50% and we highlighted that we were entering a cyclical downturn in energy likely to drag on longer than anticipated and to be characterized by significant volatility. The situation today is strikingly similar. Oil has fallen by another 30-40%, and although demand growth is robust and non-OPEC supply is beginning to contract, the pace of the market rebalance has been slower than many investors hoped. Our long-term view remains that supplyside economics drive the long-term oil price and that the data continue to suggest a $60-$80 normal oil price.

As long-term investors, we endeavor to find investment opportunities amid controversy. We believe that, while the duration of the oil price downturn is unknowable, there is an economic argument on which we can base the final oil price range. That is, the normal oil price is not the key controversy. Instead, we believe that energy investors currently struggle with two issues:

2. Are the returns on capital of the supermajors permanently depressed?

U.S. shale is the resource whose economics we view as having the most significant implications for the duration of the oil priced ownturn, for longer-term oil prices, and on the relative attractiveness of nonshale resources. There are two factors underlying this reasoning:

To listen to U.S. shale management teams, the growth in U.S. shale production has been driven by its superior economics, which many management teams claim remain resilient well below $50 oil. If these claims are true, shale production could continue to grow to satisfy demand at sub-$50 oil, effectively putting a ceiling price on the commodity until U.S. reserves were exhausted. Furthermore, international assets, which by the admission of their management teams do not provide adequate returns at such low oil prices, should command lower relative valuations given their higher position on the cost curve. It is thus very important to understand U.S. shale economics.

After careful analysis, we believe that the purported economics of shale are overstated. When discussing returns, U.S. shale management teams almost exclusively refer to halfcycle economics, or the marginal cost to get a barrel of oil out of the ground. This non-GAAP accounting framework ignores much of the capital and operating costs required to sustain the business as a whole and thus meaningfully overstates the economics of shale. Rather than U.S. shale being a highly economic resource that works at low oil prices, we believe that it is a relatively high-cost resource with voracious ongoing capital needs whose recent growth is due to the short-cycle nature of its production. Said differently, dollars invested convert to production with a unique rapidity in shale, but the full-cycle economics indicate value-destruction.

To explore this idea, we created a hypothetical “super shale” company comprising six of the top companies in the space and looked at their 2014 cash return on capital employed (ROCE) profile in a $100 oil environment (Figure 1 on next page). At $100 oil, these businesses generated approximately $60 of revenue per barrel produced1 and made about $28.50 per barrel in adjusted gross cash profit. At maintenance capital spending (the ongoing finding and development cost to replace produced reserves) levels of about $20 per barrel, the businesses earned about $8 per barrel in adjusted maintenance free cash flow. These businesses had about $94/ barrel of adjusted capital employed, which means that our “super shale” company earned an 8.6% cash ROCE at $100 oil. This is slightly above what we consider investment-level returns but does not provide much buffer to accommodate a lower oil price environment.

We then examined how the hypothetical “super shale” company has actually performed in a low oil price environment. We used the third quarter of 2015 operating results of our hypothetical “super shale” company as a snapshot to capture shale economics at $50 oil (Brent was $50.72 during the quarter) after a year of operating and capital cost deflation. The results demonstrate what we suspected from the 2014 analysis; a business whose economics barely work at $100/bbl oil is unlikely to make sense at $50. Our “super shale” company made just under $30 in revenue per barrel and about $15 in adjusted gross cash profit per barrel. The capital employed by the business did not change much, as an increase in debt levels was largely offset by book value write-downs. Assuming a 40% drop in maintenance capital requirements, the “super shale” company earned just under $3 per barrel in adjusted maintenance free cash flow per barrel, or a 3.1% cash ROCE (Figure 1).

It’s also worth noting that the capital expenditure requirements may be higher than the $12 per barrel we estimate. In the third quarter, the “super shale” company actually spent $25 per barrel, relying on one-time cash benefits from asset sales, hedging, and additional capital raises to fund spending. What is clear is that at $50 oil, these companies need to reduce actual capital expenditures by a further $10 per barrel (or 40%) from Q3 2015 levels in order to be free cash flow neutral. For companies already struggling to maintain production levels, this pressure to further reduce capital spending should further lower drilling activity, perhaps resulting in a vicious cycle of production and operating cash flow declines on fixed debt expenses. As production declines, the cash inflow of the business also declines whereas the debt expense remains fixed. This leaves even less cash for the business to drill new wells, further exacerbating production declines and creating a negative cycle that can potentially bankrupt the company.

We’re already seeing emergent production declines in the lower 48 U.S. states. Depending on the data source, U.S. shale production began to decline in either April or August of 2015. Again, this decline is due to the fact that, even with some 50% of production hedged at $80 oil in 2015 and significant equity and debt issuance, at $50 oil U.S. shale resource generates inadequate returns and cash to maintain production (Figure 2).

Better understanding these shale economics gives us comfort in our view of higher longer-term oil prices and that other non-shale resources are more economically attractive than current valuations suggest.

Over the past decade, the return on capital of the supermajors has fallen significantly even as the commodity price quadrupled. At face value, this would seem to indicate a deficiency in the operating model of the supermajors. However, we believe there is another explanation: “preproductive” capital.

Using Royal Dutch Shell as a typical example, Figure 3 shows the growth of pre-productive capital since 2000. This is capital dedicated to projects whose construction time and anticipated production life are materially longer than in prior cycles; the supermajors are building liquefied natural gas projects, ultra-deepwater platforms, and Canadian oil sands developments, all of which take years to complete but have very stable production rates and require very little sustaining capital thereafter. Upon completion, these projects have high free cash flow with production that is cheap to sustain. The capital allocated to these pre-production projects represents nearly 40% of the balance sheet of supermajors today and currently produces no revenue, depressing returns on capital and cash generation.

Over the next few years, we expect these long-dated capital projects to begin production, causing material declines in pre-productive capital spending. This should result in something unique to supermajors within the energy space: production growth and improvement in operating and free cash flow even if oil prices stay low. As pre-productive capital begins to produce, we expect the operating cash flow of the supermajors to increase. At the same time, the discretionary capital expenditures of the business (some 60% of upstream spending) would fall materially without a meaningful impact on near term production. The net effect should be increasing free cash flow and production for the supermajors.

Ironically, without significant write-downs, the accounting return on capital of the supermajors may not improve during this time due to an expected increase in depreciation expense as the pre-productive capital becomes active. However, cash return on capital should materially improve.

We’re just beginning to see these dynamics play out in the announced 2016 and 2017 capital budgets and production guidance of the supermajors. Production is forecast to continue to grow through 2018 while spending continues to fall. Going forward, we expect that the supermajors can further reduce spending beyond announced levels without significantly impacting their near-term production profile.

Exploiting the Controversy with an Uncertain Oil Price

The shares of integrated oil companies have been beaten down by years of declining returns and the collapse of oil prices in 2014. Today, they trade at their lowest relative book multiple to the market in the past fifty years (Figure 4).

We’re at a point in the capital investment cycle where supermajors should demonstrate significant growth in free cash flow as pre-productive capital projects come on-line and capital intensity falls due to an increase in the mix of project with long production lives. This stands in contrast to the anticipated contraction in shale-exposed company production levels due to higher-than promoted full economic costs and a voracious appetite for capital to sustain production. As supermajor production grows and capital intensity declines, even if oil prices don’t go up, the valuation of the supermajors should improve. In addition, these companies offer historically high dividend yields as we wait for the cycle to play out. 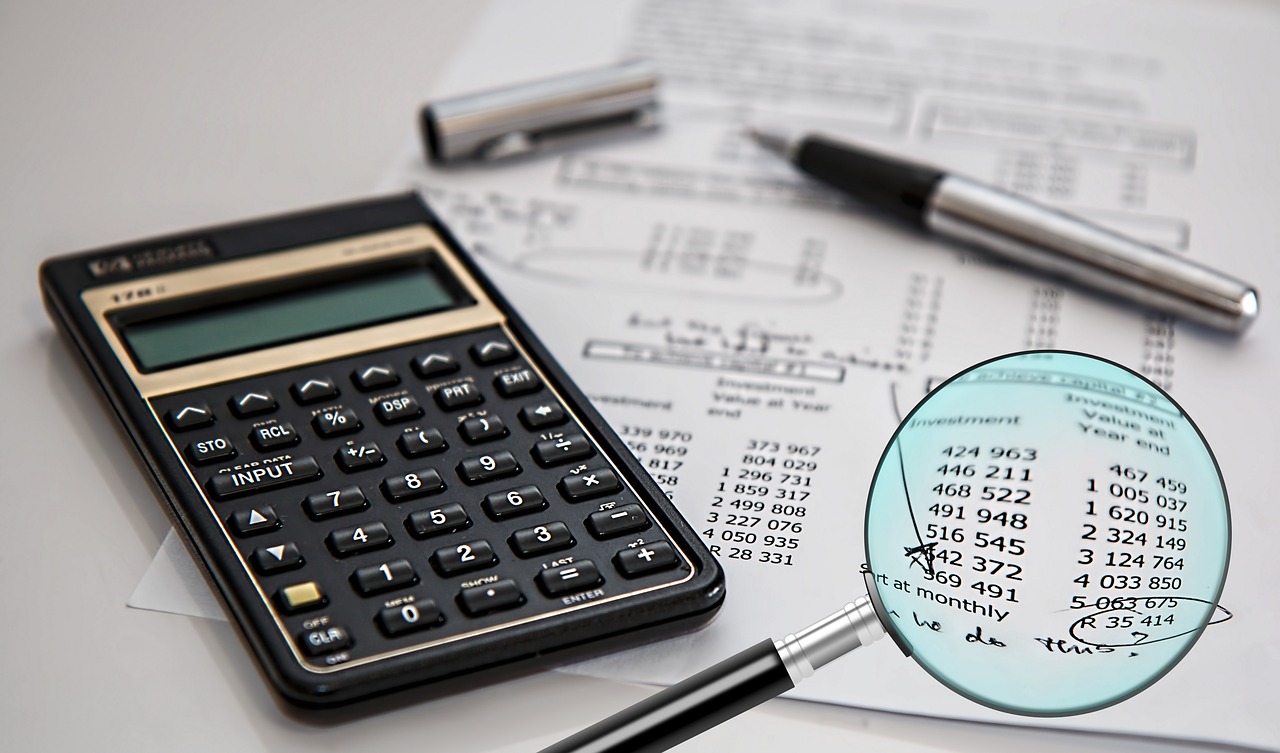 Michael Mauboussin: Financial Statements – One Size Does Not Fit All

In his latest paper titled, Intangibles And Earnings – Improving The Usefulness of Financial Statements, Michael Mauboussin explains why one size does not fit all when it comes to financial... Read More

As the Greek debt crisis flares up once again, and the idea of debt relief for the struggling European nation is tabled by the powers that control the next... Read More

Ray Dalio: Here’s Why Everything Can’t Continue To Go Up

In his recent interview with CNBC, Ray Dalio explained why everything can’t continue to go up. Here’s an excerpt from the interview: Q1 2022 hedge fund letters, conferences and more Dalio:... Read More