Pzena: Profit Margins High But Not To Worry, Look At ROE – ValueWalk Premium

Is the party over? Elevated profit margins instill fear, yet a closer look reveals opportunities
across a range of industries. And the party may just be getting started in the emerging markets.

One of the most heated controversies in today’s investment world is the debate over whether developed world equities are attractive now that corporate profit margins are at peak levels. As bottom-up investors, our history tells us that sweeping generalities typically don’t tell the whole story, and today is no different. In this article, we attempt to “peel back the onion”
on the profit picture, and identify areas where profits are above and below their long-term history. As in prior bull markets, one should not conclude that all stocks are caught up in the boom. Interestingly, while investors are worrying about developed markets peaking, emerging markets are struggling and some major sectors are teetering. Profits in other sectors have yet to return to their long-term histories.

An Impressive Rebound in Developed World Profits Corporate managers have done an outstanding job restoring profitability after one of the deepest economic contractions in our lifetime, so much so that margins reached peak levels at the end of 2011. As can be seen in Figure 1, net profit margins today are 7.0%, off thei their peak of 7.6%, but up from 4.5% at the recent trough in 2009.

The evidence of greater capital intensity is clear. As economies mature, capital substitutes for labor and the share of GDP that is taken up by capital rises. We can see this in Figure
2 using U.S. data as an example. Since capital is invested with the expectation of earning an
adequate return, we would expect that margins would have to be higher on average to earn the same return than if the capital wasn’t invested. Accordingly, we observe generally that businesses with higher capital requirements have higher margins.

Rising margins are reasonable as capital substitutes for labor within each business. Yet, we still have to worry that they have risen too much. We believe that ROE is the more appropriate measure to use in assessing whether profitability is above or below trend. When we start breaking the market down into sectors, we find that some sectors are indeed above trend, yet others are below their long-term averages (Figure 3, on the next page).

With equity markets “well supported” at higher valuations, the current market environment for long / short fund managers that employ a fundamental research process is “very compelling,” according to... Read More 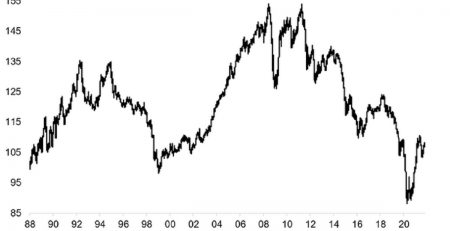 Welcome to the fourth quarter - the final stretch of the year! Things have certainly moved on since my original post (both in terms of market movements and the... Read More