After four years of decline, analysts expect Sara Lee Corp. (NYSE:SLE), the manufacturer of consumer food and household products, to finally break the trend and experience some earnings growth in 2012. For the third quarter of 2012, which ended March 31, analysts are expecting earnings of $0.25/share, which while below the $0.27 per share in the second quarter, would put the firm on track for a solid year with annual earnings estimated to come in at $0.92 cents per share. This would be up 15% from the prior year. Sara Lee will release earnings before the market today in a live webcast, which will include updates on company activities and questions from analysts.

Sara Lee reported a loss of $2 million, or less than a penny far below analyst estimates. The stock is down 5.5% in pre-market trading at the time of this writing.

Kraft Foods Inc (NYSE:KFT) is a leading food company worldwide and will be announcing its first quarter 2012 earnings on May 3rd . With brands such as Oreo, Nabisco and Cadbury chocolates and a presence in 170 countries, Kraft has a diverse product set that is offered to several markets. Analysts are estimating that Kraft will earn $0.56 per share in the first quarter, which would be an improvement of 8% from the same period in 2012. Annual estimates are generally in line with this growth trend, with the firm expected to earn $2.52 per share in 2012, over $2.29 per share in the previous year. In the last twelve months, Kraft’s share price has grown 19%, as the outlook for earnings shifts to growth after several stagnant years.

As well, Lamar Advertising Co (NASDAQ:LAMR) is expected to release its 2012 first quarter earnings. The outdoor advertising firm whose offerings include billboards, logo signs and transit advertising displays, operates in the United States, Canada and Puerto Rico. The firm is expected to lose $0.14 per share in the first quarter of 2012, which would be the same loss experienced in the first quarter of 2011. Earnings for the year are expected to show considerable growth year over year, with an estimate of $0.28 per share, up 300% from the previous year and continuing the grow experienced in 2011 after two consecutive annual losses.

The company missed analyst estimates with a net loss of $22.8 million, or 25 cents per share, and lowered Q2 guidance. 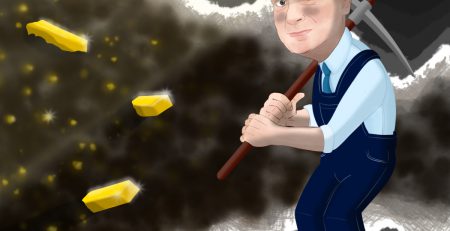 In Michael Kaufman’s book – Soros: The Life and Times of a Messianic Billionaire, there’s a great passage on Stanley Druckenmiller in which he discusses that there is less... Read More

Editors note: Howard gave a great presentation. Some stated it was the best. Howard spoke faster than David Einhorn AKA lightening speed. Below are our informal notes on two... Read More

After the rating agency Moody’s had changed Germany’s AAA ratings outlook to negative on Monday, the German finance ministry commented that its solid economic and financial policy will ensure... Read More

Europe Bond Funds see record inflows At the end of May, Barron’s reported that according to EPFR the Boston-based fund monitor, the collective performance of EPFR Global-tracked Bond Funds is... Read More