Benjamin Graham is generally considered to be the Godfather of value investing. His books, the Intelligent Investor and Security Analysis, which was written with his partner, David Dodd, have become the bibles of value investing and essential reading for any investors who want to take up the discipline.

Graham's record as an investor was impressive. After a significant setback in 1929, when Graham and his partners nearly lost everything in the market panic, the Graham Newman Partnership recovered steadily over the next few decades, enjoying an average annual return of 17% until 1956. The first edition of Security Analysis was published in 1934 and the Intelligent Investor was published in 1949. In 1954, Graham took on a young analyst called Warren Buffett, but he soon decided to quit the market altogether, retiring in 1956.
Following in the footsteps of Warren Buffett with Hidden Value Stocks
While Graham's track record compared to Warren Buffett isn't that impressive, the impact he had on the world of investing in such a short period is.

European issues dominated client conversations last week, according to the recent US Weekly Kickstart report from Goldman Sachs, and they will have an impact on US stocks. ECB's bond purchases... Read More 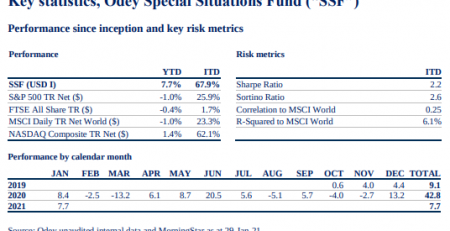 Activist Funds May Have A New Enemy: Hillary Clinton

Will we soon be seeing Hillary Clinton vs. Carl Icahn? That could be the case, as the Democratic presidential hopeful preps to put the spotlight on activist investors later... Read More