Founded by Dalio during 1975 from his two-bedroom apartment, today Bridgewater manages over $170 billion for a wide array of institutional clients, including foreign governments and central banks, corporate and public pension funds.

Last year Ray Dalio took the title of the most profitable hedge fund manager ever from George Soros who previously held the award. According to Bloomberg, which cites estimates by LCH Investments NV, a London-based firm that invests in hedge funds, Dalio’s Bridgewater Pure Alpha fund, set up in 1975 earned $45 billion through 2015, compared to a profit of $42 billion for Soros’s Quantum Endowment Fund (in percentage terms, Soros is still by far the most profitable manager as even at its peak the Quantum fund only managed around $30 billion).

So you cannot deny that Ray Dalio does not know what he is talking about when it comes to investing.

Ray Dalio Wisdom
Dalio’s record has made him one of the financial world’s most influential characters and he has produced some great nuggets of financial advice for investors the years. Here are some of his comments I think are helpful for investors.

"Unlike in school, in life you don't have to come up with all the right answers. You can ask the people around you for help — or even ask them to do the things you don't do well. In other words, there is almost no reason not to succeed if you take the attitude of One: total flexibility — good answers can come from anyone or anywhere. Two: Total accountability. Regardless of where the good answers come from, it's your job to find them."

This quote has more to do with Dalio’s approach to life than investing, but it still contains some great advice. Always questioning the world around you and trying to find answers to the questions you need answering is one of life’s greatest challenges but what Dalio is hinting at here is that as long as you have the drive to succeed, you will find the answers you need. Bridgewater is famous for its policy of questioning everything and employees at all levels the firm are encouraged to speak out with their ideas or criticize those of others. Dalio believes this environment helps generate more profitable investment ideas.

Klarman: ETFs Are Dangerous But A Boon Value Investors

Seth Klarman in his 2016 letter has some choice words regarding ETFs Wall Street has seen its fair share of controversial investments throughout its history, but one of most controversial,... Read More

Adidas AG (OTCMKTS:ADDYY) (FRA:ADS) (ETR:ADS) is due to announce earnings at 1 am tomorrow morning. News from ESPN today suggests that the rest of the year might be a... Read More 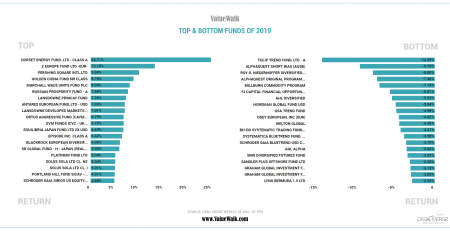 As the US stock market swings from the lows of December to a strong January rebound, an early trend is potentially in the early stages of formation. Some of... Read More

Einhorn Has Brutual Q3, Down 16.9 Percent Year To Date

Ongoing market rallies have been making headlines for weeks now, but lots of analysts have pointed out that underlying fundamentals can’t explain why so companies are doing so well.... Read More