Ray Dalio: The World Has Gone Mad And The System Is Broken – ValueWalk Premium

Ray Dalio: The World Has Gone Mad And The System Is Broken

I say these things because:

This set of circumstances is unsustainable and certainly can no longer be pushed as it has been pushed since 2008. That is why I believe that the world is approaching a big paradigm shift. 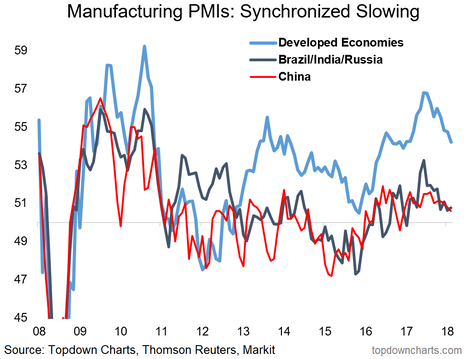 Something has been happening in the global economy this year - and I say *this year* for good reason.  Both the developed and emerging market composite manufacturing PMIs peaked... Read More

Japanese Equities or specifically the TOPIX lost 6.9% on May 23 amid concern about China’s economic outlook. Prior to the sharp drop, the market had been rising at an... Read More