Horizon Kinetics Q2 commentary: Would the Real S&P 500 Index Please Stand Up (or, Wouldn’t It Be Nice to Know How it Really Did All These Years?)

While much of the recent market commentary offered by the major media outlets is focused on the now more than four?year?old stock market rally, whether it can continue and whether the uninspiring prospects for the fixed income market may result in a “great rotation” into equities, it is interesting to note that the largest corporations in the S&P 500 Index (“S&P 500” or the “Index”) do not actually appear to be growing much, if at all. Of the 20 largest non?financial corporations in the S&P 500, only one?half experienced any revenue growth in the first three months of this year relative to the same period last year. The aggregate sales growth of these largest U.S. companies (the first being Apple, the 20th Disney) was only 2%; excluding Google, growth was not even one?half of 1%. Perhaps these largest companies are now too large to grow at a meaningful rate, which has implications for investors in the largest companies; or perhaps it was just a bad quarter.

There is another question, though, more subtle yet with deep implications for any investor who selects equities, makes asset allocation decisions, or conducts retirement planning or pension plan funding projections. What if the historical returns of the S&P 500, which form the basis for projecting future stock market returns, and which therefore powerfully influence the proportion of a pension plan or 401k that will be allocated to stocks or bonds, are not actually representative of what investors are purchasing if they invest in the index today? The nature of the S&P 500 today is different than it was before 2005. The difference came about this way: in order to accommodate greater quantities of assets for management in investment products linked to the S&P 500—that is, provide greater liquidity—Standard & Poor’s shifted to a float?adjusted weighting system for the index constituents. The problem for users of the Index was that if 40%, say, of the shares of a company like Microsoft were owned by insiders, there might be an insufficiency of publicly available shares, or float, to accommodate the volume of assets destined to buy those shares without inflating the share price and valuation. In practical terms, float?adjustment means that a large company like Oracle or Microsoft would have its weighting in the index reduced by the amount of inside ownership. The higher the inside ownership, the smaller the weighting would be set, so that there would be a proportionately lower index based demand for the shares.

In this presentation, Safal Niveshak explains the importance of learning the art of investing, which doesn't require you to be a genius. Read More

David Herro: Have Courage of Your Convictions

David Herro: Have Courage of Your Convictions The Oakmark manager notes how a long-term view, with strict buying and selling discipline and preparedness for short-term weakness, has allowed his international fund... Read More 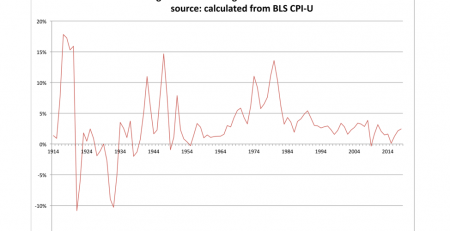 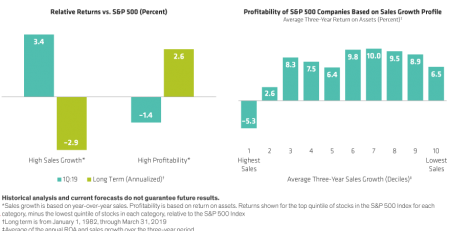 Technology unicorns are in the spotlight, with Uber’s high-profile IPO expected this week. As scrutiny of their business models intensifies, we think investors should also ask tough questions about... Read More