Reassessing The Distinction Between Corporate And Securities Law – ValueWalk Premium

Distinguishing between trading and ownership protection provides a strong basis for regulating securities and corporate law in different ways. Securities law is uniform and mandatory because investors have a uniform interest in fair valuation when trading. Corporate law is diverse and enabling because the ownership interests of investors are more difficult to reconcile.

Reassessing The Distinction Between Corporate And Securities Law – Introduction

For some time, there has been a rough separation between corporate and securities law in the United States. According to the conventional account, securities law requires public companies to make disclosures to investors while corporate law sets forth substantive norms regulating the internal affairs of the corporation. This distinction provides the foundation for a dual regulatory system of federal securities law and state corporate law.

Because a primary goal of the federal securities laws is investor protection, there is a longstanding argument that such laws should preempt state corporate law to protect investors from corporate managers. Just one year after the passage of the Securities Act of 1933, William Douglas, then a corporate law professor, argued in an article called Protecting the Investor that the Act should do more to regulate corporate misconduct. Decades later, Professor William Cary argued that federal law should be expanded to protect “the real investors,” the shareholders, from the manager-friendly regulation of Delaware corporate law.8 In more recent years, the two federal statutes that have done the most to regulate corporate law, the Sarbanes Oxley Act (Sarbanes-Oxley) and the Dodd-Frank Wall Street Reform and Consumer Protection Act (Dodd-Frank), have cited investor protection in expanding the federal securities laws over territory traditionally thought to be covered by state corporate law.

Simply put, securities law protects the investor when trading and corporate law protects the investor while he is an owner. Disaggregating investor protection into trading protection and ownership protection, I will argue, is a better way of framing the difference between securities and corporate law than the traditional disclosure approach. The goal of the securities laws is not to protect investors in all aspects of their decisionmaking, but mainly with respect to their trading decisions. Two initial examples more concretely illustrate this approach.

Consider a private company selling securities to the public for the first time. Investors will certainly be concerned about the company’s governance in valuing the company. However, at this point, the law does not give investors a direct legal method for requiring a certain level of conduct by the founding management of the company. Because the public does not yet own shares, poor governance will not harm the value of their investment if it is properly disclosed prior to their purchase. With truthful disclosure, investors will buy the stock at a valuation that reflects the risks associated with the investment, including that of corporate wrongdoing. Securities law in regulating such offerings thus exclusively protects the interests of investors in trading.

After investors become owners of a company, they are vulnerable to subsequent value-reducing decisions by managers. The stock may be correctly priced at the time of purchase, but later on, managerial conduct may change in ways unanticipated by the market. Consider the case of a manager who is honest at the time when stock is purchased by an investor, but then has an unexpected mid-life crisis. He decides to secretly divert corporate funds to an entity he personally controls. Because the market did not anticipate this misconduct, the stock price did not reflect this risk at the time the investor purchased the stock. That investor now owns an investment that is worth less because of the misconduct. Securities law does not provide a remedy to the investor for such mid-stream conduct. Instead, shareholder-owners have the exclusive right to bring a corporate law derivative suit on behalf of the corporation to recover those funds. Corporate law thus provides continuing protection to owners not provided by the securities laws. 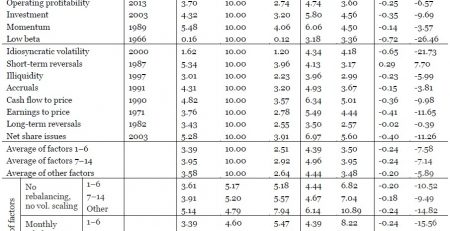 When the topic of investing comes up in conversation, I’m often asked to recommend an investment book. Since I’m biased toward the value investing philosophy, one of Benjamin Graham’s... Read More