Review Of SEC Enforcement Developments In 2014, And A Look Forward – ValueWalk Premium

Review Of SEC Enforcement Developments In 2014, And A Look Forward

Review of SEC Enforcement Developments in 2014, and a Look Forward, A Memorandum from Bill McLucas, WilmerHale

As we noted last year in our memorandum focused on 2013 developments, Securities and Exchange Commission (SEC) Chair Mary Jo White has called for the SEC to be more aggressive in its enforcement program. By all accounts, the Enforcement Division has responded to that call. The past year saw the SEC continue the trend, started under Enforcement Director Robert Khuzami in 2009, of transforming the SEC’s civil enforcement arm into an aggressive law enforcement agency modeled on a federal prosecutor’s office. This should not come as a surprise since both Andrew Ceresney, the current Director, and George Cannellos, Ceresney’s Co-Director for a brief period of time, like Khuzami, spent many years as federal prosecutors in the Southern District of New York. And the Commission itself is now led for the first time by a former federal prosecutor, Mary Jo White, the US Attorney for the Southern District of New York from 1993 to 2002. Given the events of the past decade involving the Madoff fraud and the fallout from the 2008 financial crisis, we believe both the aggressive tone and positions the SEC has taken in recent years will continue.

In this memorandum, we outline some of the developments in the SEC’s enforcement program and the remedies it has pursued over the past year. We also discuss important developments in areas where we expect to see continued enforcement attention during 2015, including insider trading law, the private equity industry, and accounting and financial reporting matters.

One of the significant and over-arching approaches to the enforcement agenda under Chair White’s leadership is the so-called “broken windows” style of enforcement. Emulating tactics introduced by the New York City Police Department in the mid-1990s, the Commission has pledged to crack down on even minor securities law infractions in an effort to deter more significant violations.

Chair White has explained that the purpose of the broken windows” approach is twofold: to ensure that the SEC is punishing “even the smallest infractions” while still pursuing the larger violations, and to make “you feel like we are everywhere.”1 Extending the policing analogy further, she has said that “[i]t is important because investors in our markets want to know that there is a strong cop on the beat—not just someone sitting in the station house waiting for a call, but patrolling the streets and checking on things.”2 To the extent the approach is designed to make clear that the Commission will attempt to have a presence in virtually every sector of the markets and that it will enforce all of the agency’s rules, the program should be neither controversial nor unique. The concern in the corporate sector, however, has focused on the extent to which the “broken windows” policy means that disproportionately harsh sanctions, adverse publicity, and reputational harm will be the consequence of transgressions that may indeed be minor.

In announcing the program, Chair White suggested that a group of actions in 2013 relating to violations of Rule 105 of Regulation M (prohibiting certain short sales of a security in advance of a public offering of the same security) were an early example of this approach.3 Since then, however, the only matter explicitly described as a “broken windows” effort was a group of actions announced in September 2014 against 28 corporate insiders (officers, directors, and major shareholders) for failure to timely and properly file reports of securities ownership. It is noteworthy that these actions do not seem to have been the result of a significant time investment by the Enforcement staff. Rather, as described by the Commission, the actions were an example of the SEC’s recent investments in new technology—the deficient filers were identified using sophisticated computer analysis. This may ultimately be a key feature of this initiative—that more powerful computer-based analysis will expose technical violations of filing or other requirements that may previously have gone unnoticed, allowing the Commission to bring such message cases without distracting significantly from other enforcement priorities.

Some Commissioners have been publicly critical of the program, a highly unusual step for sitting Commissioners to take with respect to the Chair’s leadership and the direction in which the agency’s enforcement resources are focused. Commissioner Michael Piwowar has noted that by trying to focus on everything, the Commission will inevitably focus on nothing. This is consistent with the Commissioner’s view that an overly aggressive enforcement policy can have deleterious effects on the economy: “Rather than enabling vital and important economic activity, we will have unnecessarily shackled it.” In an environment in which enforcement resources are limited, he believes the “broken windows” approach is misguided.

Commissioner Kara Stein has joined in this criticism. She believes the Commission needs to focus on impact cases that most efficiently use the Commission’s resources: “In any enforcement context, we are never going to be able to address every single issue out there. We’re always going to have limited resources and we have to use those strategically, to deploy them smartly, and get the most bang for the buck.”

The debate over this enforcement policy will continue. Each Chairman and each Enforcement Director over the past several decades has worried about both the breadth and reach of the enforcement program, attempting to have a presence throughout the markets and attempting to identify all manner of violative behavior, whether delinquent filings or even very technical violations. The Chair’s public articulation of a policy, analogized to the “broken windows” approach, was perhaps the lightning rod here, and the SEC may now be trying to ratchet back that rhetoric. Enforcement Director Ceresney has recently said that the “broken windows” approach is not about turning every violation into an enforcement action but, rather, is about targeting rules where “we have seen a pattern of a lack of compliance” and bringing cases that “send a strong message” to the market.

Increasing Use of the Administrative Forum

After judicial challenges to a number of negotiated settlements and losses in court over the past several years, many observers have suggested that the increased use of administrative proceedings is an effort by the SEC to secure a “home-court advantage” and avoid the scrutiny of federal judges and juries. In fiscal year 2014, the SEC won all six of its litigated administrative proceedings, but only 11 of its 18 federal court trials.10 While lauding the agency’s trial record on the one hand, Ceresney has not been shy about highlighting the advantageous features of the administrative forum, including prompt decisions, specialized fact-finders, and less stringent rules of evidence. 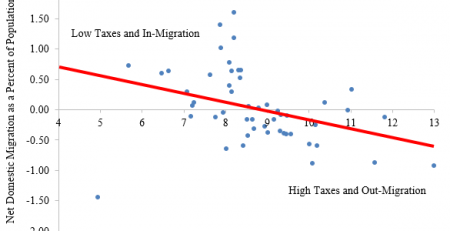 According to Morgan Stanley’s July 28 Hedge Fund Positioning Update, hedge funds are getting bullish on equities outside the United States as Brexit fears subside and markets rally. According to... Read More