Richard Cantillon: The Most Important Economist You (Probably) Never Heard Of – ValueWalk Premium

Richard Cantillon is the most important economist you’ve never heard of.

Born in Ireland sometime in the mid- to late-1600s, Richard Cantillon’s contributions to economics are found in his major work, “Essai sur la Nature du Commerce en General” (Essay on the Nature of Commerce in General).

In 1734, Cantillon was mysteriously murdered by a disgruntled former employee, and his home was set ablaze. Essai, which survived the fire, was published in 1755.

Cantillon’s work went on to influence Adam Smith and other well-known economists. Essai included his observations on production and consumption, money and interest, international trade and business cycles, and inflation.

We have a basic understanding of inflation and its effects. Put simply, inflation is an increase in the money supply.

An increase in the supply of money that isn’t met with an increase in the demand for money necessarily leads to price inflation, ceteris paribus. Said another way, prices rise as new money is introduced, all other things being equal.

However, this cursory understanding of inflation only paints half the picture. A less discussed aspect of this process is not only that the monetary supply has increased, but how. The entry point of new money into the economy has profound implications.

The effects of inflation are not uniform throughout the economy.

Cantillon writes, “I conclude … that by doubling the quantity of money in a state, the prices of products and merchandise are not always doubled. The river, which runs and winds about in its bed, will not flow with double the speed when the amount of water is doubled.” Monetary inflation does not affect prices proportionally or simultaneously, to the benefit of some and to the detriment of others.

In a central-bank economy, the entry point of money is via large commercial banks. Unelected bureaucrats, bankers, and other members of the deep state are the first to enjoy this “new money.”

In the early stages of the proliferation of new money into the economy, prices have not yet adjusted to the increase in the money supply. Those at the top of the monetary monopoly receive and spend this new money at low prices.

And then the other shoe falls.

By the time new money reaches the average consumer, prices have risen to reflect the increase in monetary supply. Those who don’t receive new money until later in the process can do little more than watch the purchasing power of their Federal Reserve Notes (i.e. dollars) inflate away.

Many politicians today champion “fixing” income inequality and wealth disparity. To fix these problems we should revisit the work of Richard Cantillon and examine the systemic shortcomings of a financial system that serves to benefit the wealthy at the expense of the poor.

Politicians hoping to help the common man should support ending the elites’ monetary monopoly and the disastrous effects of their printing of fake money.

Jp Cortez is a graduate of Auburn University, a current law school student, and a resident of Charlotte, North Carolina. He is a Mises University alumnus. He is the Assistant Director of the Sound Money Defense League, an organization which is working to bring back gold and silver as America's constitutional money. Follow him on twitter, @JpCortez27

Dear Fellow Shareholders: The goal of Special Opportunities Fund is to outperform the market over the longterm with less short-term risk than a broad-based index fund. On December 31, 2013,... Read More

Bridgewater, known as a master of the relative value investment, appears to be operating right out of a quantitative play book as the portfolio is positioned for 2015 There are... Read More

As of the end of Q2, Centaur Fund’s actual cash invested was only about 60% of the Fund’s assets, though our market exposure is roughly 75% due to our... Read More 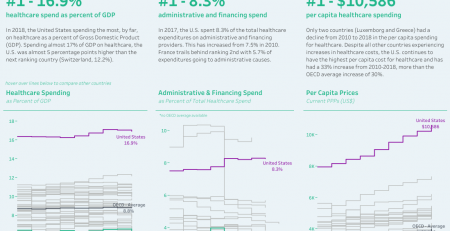 How Much Do OECD Countries Spend On Healthcare?

When you start feeling ill, the first line of defense is typically to have a doctor assess the symptoms—but how much you end up paying for a visit differs... Read More