Richard Koo of Nomura is out with a new report titled ‘Japan, US, and Europe face different issues'. As the title suggests, Richard Koo discusses the differences between problems in Europe, Japan and the US. Koo has been a skeptic of Abenomics as we noted in the past (see Richard Koo: Japan’s Tactic Of Lying ‘Has Succeeded Brilliantly’), so we thought his opinions on Japan would be interesting to note. Below is an excerpt from Richard Koo on Japan.

In the Bank of Japan’s June Opinion Survey on the General Public’s Views and Behavior, released on 5 July, just 18.0% of respondents said the economy was in worse shape today than a year ago, compared with 52.2% last December. This marks an improvement of 34ppt in just six months.

The percentage of respondents answering the economy was healthier today than a year ago increased only 11.6 percentage points, from 1.6% last December to 13.2% in June, suggesting improvements in the real economy remain limited. Still, the pessimism that was so prevalent in Japan appears to have dissipated to a great extent.

The percentage of respondents answering the economy would be worse a year from now fell to 17.3% in the March survey from 37.6% in December, but was roughly steady in June at 16.8%, with little to no improvement over the previous three months. Similarly, the percentage of respondents who expected the economy to improve over the next year jumped from 4.5% in the December survey to 24.1% in the March survey but was roughly unchanged at 24.3% in June, indicating the gains in sentiment had paused. These findings suggest the mood improved sharply between last November and this March on the sharp decline in the yen and robust share price gains. Since March, however, sentiment has been largely flat. Inflation expectations have also picked up substantially…

This indicates inflation expectations have clearly picked up under the Abe administration.

But at the same time, it suggests that only 7.7% of people were personally experiencing the deflation that was being portrayed as the source of all economic evils when the current administration came into office last December. In other words, the government’s view that the economy will improve as long as deflation can be defeated depends entirely on a change in the behavior of this 7.7%.

Richard Koo: Most people do not want inflation

These results show not only that the general public does not view inflation in a favorable light but also that the majority of people have been experiencing inflation—not deflation—for some time in their day-to-day lives.

Sentiment gains driven by weaker yen and higher stocks The question then becomes why the mood has improved so much in the last six months in spite of a pick-up in “unfavorable” inflation. I think the key factors here are the sharp climb in share prices and the steep fall in the yen that took place from late last year until this April.

USD/JPY corrected from levels in the 70s and 80s during this period while Japanese stocks rose some 80%, triggering a major shift in sentiment. Initially, it was US hedge funds and other overseas investors that led these moves in the forex and equity markets. But the economy received a big boost as Japanese exporters regained their competitiveness and began to engage in forward-looking behavior.

The correction in both of these trends from May onwards is consistent with the pause in sentiment gains from March to June.

Share prices and exchange rates are not so much general prices as asset prices. However, there has also been a major change in the outlook for land prices, another key asset price. In the BOJ survey, for example, respondents expecting land prices to rise increased from 15.9% in the December survey to 31.9% in March and 43.4% in June.

Meanwhile, the percentage expecting land prices to fall dropped from 46.2% in December to 26.8% in March and 20.1% in June. Properties in some areas have appreciated by more than 20% in just a few months. That this is happening in a country with a declining population suggests real estate is being bought as a hedge against future inflation.

Abenomics may boost sentiment via asset prices, but is not creating demand for funds To summarize, the rise in general prices due to Abenomics is viewed as an unfavorable development by most people in Japan, but the increase in certain asset prices has clearly been a positive for the Japanese economy.

While sentiment has improved dramatically, however, the slump in private loan demand that has been the greatest bottleneck in Japan’s economy over the last two decades continues, as reported at a Bank of Japan branch managers’ meeting in July. Deposits at Japanese banks are increasing, but lending is not.

As long as the private sector is not borrowing money—and is in fact saving enthusiastically—at a time of zero interest rates, Japan cannot put the balance sheet recession completely behind it.

The second “arrow” of Abenomics, fiscal stimulus, which is needed when the private sector is saving but not borrowing, has already been released in the form of a supplementary budget early in 2013. While this has not received as much attention as the BOJ’s monetary accommodation, I think it has contributed significantly to the overall improvement in the economy and sentiment.

There has also been a great deal of debate on fiscal measures to encourage private investment, such as accelerated depreciation schemes and investment tax breaks. These measures are quickly becoming an important part of the second pillar of the government’s economic strategy.

And if structural reforms, the strategy’s third pillar, eventually create more domestic investment opportunities, the private sector might finally overcome its aversion to debt and resume borrowing, helped by incentives such as an accelerated depreciation scheme. I think that could finally bring to an end the balance sheet recession that has lasted over 20 years.

Each time the government announces structural reform measures as part of this third pillar, they are criticized by analysts and journalists as being inadequate. But the Prime Minister himself has never said these measures are enough. In fact, he has stated in no uncertain terms that a variety of measures will be needed to resolve Japan’s economic problems and that the government intends to keep launching new initiatives.

This sets the government apart from past administrations, which tended to announce a policy and then wait to determine its impact before moving on to the next one. Mr. Abe is determined to continue unveiling new policies until the problem is resolved.

In that sense, his stance resembles that of ECB President Mario Draghi, who declared last summer that Europe’s central bank would do “whatever it takes” to save the euro. Abe government pushing ahead with reforms to increase borrowers Although Mr. Abe uses the phrase “structural reforms,” I think he has a very different objective in mind than, say, former Prime Minister Junichiro Koizumi.

Whereas the post office privatization championed by Mr. Koizumi was aimed at increasing the number of lenders, many of the reforms advocated by Mr. Abe are designed to increase the number of borrowers and, to that extent, would help address the shortage of private sector borrowers that is the greatest single bottleneck in Japan’s economy.

The prime minister has also declared that Japan will participate in the Trans-Pacific Partnership (TPP). This signifies a bold opening of Japan’s markets and is consistent with the government’s goal of resolving the shortage of borrowers by creating new investment opportunities.

All in all, I think three pillars of Abenomics are fully consistent with the policy’s final goal of addressing the shortage of borrowers, as long as the first pillar—monetary accommodation—is not taken to extremes, which could push long-term interest rates sharply higher and discourage private sector borrowers. 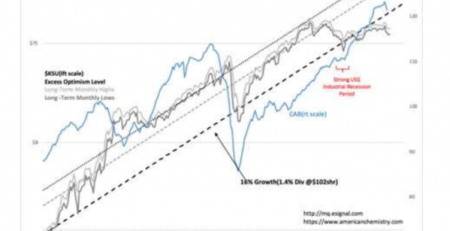 John Hempton's Bronte Capital February letter Our results this month are good. The Amalthea fund had the benefit of a falling Australian dollar but the underlying portfolio still performed significantly... Read More 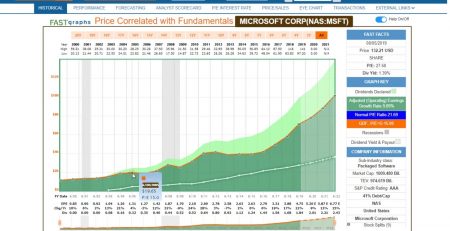 Introduction Before I get too deep into this article, I want to start out by stating that Microsoft (MSFT) has long been one of my favorite companies.  Many years ago,... Read More

Elon Musk has made a controversial offer to buy Twitter Inc., saying the company has extraordinary potential and he is the person to unlock it. The world’s richest person will... Read More