A top under the radar quantitative fund manager turned in generally positive performance across three fund lines in October, delivering under 1 percent in each strategy, according to recent investor documents reviewed by ValueWalk.

RiverNorth Capital Management, with $2.6 billion in total firm assets, operates three strategies, each with unusual performance characteristics.  As is the case with many quantitative funds, RiverNorth’s performance has been decidedly non-correlated to the of the stock market, particularly with the use of close-ended funds. The fund thinks that some year end selling has created value in CEFs with noting that CEF (578 funds) = started at 7.8%, ended at 7.4% and hit 9.1% on 10/15 (low).

What’s surprising is how the fund delivered reasonable performance during market environments when other quantitative managers struggled.

The RiverNorth Capital Partners fund is the firm’s oldest offering, with a performance track record dating back to 2007. In 2008 the fund delivered 21 percent positive returns while the stock market suffered one of the worst drawdowns in history.  It came back in 2009 with an encore of 53 percent positive performance and has delivered positive numbers in each of its seven years of existence – even during the difficult 2010 to 2013 period when numerous managed futures strategies found difficult market environments.

The Capital Partners strategy leverages relative value math, long/short strategy that invests the secondary market of closed-end funds. Using proprietary quantitative models to identify pricing aberrations as they happen, the fund seeks to buy and sell based on the discount and premium in spreads associated with closed-end funds. This is an active trading strategy that sources say sometimes uses very short term trades in statistical arbitrage as well as engaging in longer term time horizons.

Looking strictly at the performance numbers, the strategy has an odd profile.  For instance, its monthly win percentage, at just over 82 percent, is nearly 20 points higher than the average win percentage of the statistical average of relative value traders and is approaching territory of short volatility players. The fund also tilts its long / short strategy to the long size with 98 percent long and only 30 percent short.

Typically with such a high win percentage, alternative investment pros might also look at a corresponding high average loss size.  This, however, does not appear to be the case. The largest monthly drawdown the fund had was a reasonable 6.53 percent. That said, the ratio of the average monthly downside loss size to the average gain does indicate a volatility method is at play, as does the fund’s options delta of -16.21 percent. The fund is known for its volatility investment methods, but those exact trading techniques are unknown at this point.

In regards to drawdown recovery time, RiverNorth’s Capital Partners program is attractive at 4 months. Compare this to the stock market, which had a 53 month recovery time. The quick recovery time is also noteworthy given a reasonably conservative average returns profile. 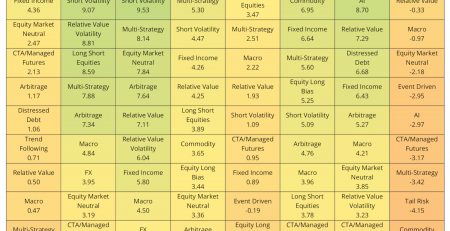 Identifying The Effect Of Brexit Risk On Asset Returns by Jeffrey N. Saret & Gerardo Manzo of Two Sigma  and reflects their views, not necessarily the firm’s  –-- please see... Read More 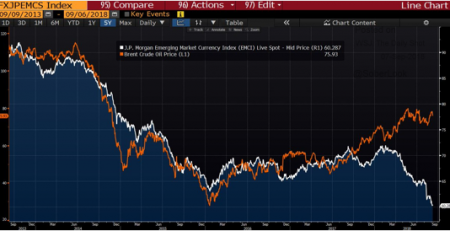