Get our full guide on moat investing in PDF

Get the entire 10-part series on moat investing in PDF. Save it to your desktop, read it on your tablet, or email to your colleagues.

Back in June, I had the privilege of participating in an event called the Wide Moat Investing Summit put on by The Manual of Ideas (a group that writes an investment publication and hosts events and conferences centered around the principles of value investing).

I wanted to share my presentation with you, as it focuses on one of the stocks we own: Tencent Holdings (TCEHY).

I haven't mentioned Tencent in any investor letter yet, but we've owned this stock since late last year. The sentiment has been very positive on this company lately, and the stock is up over 60% year-to-date, but the business has one of the strongest competitive positions that I've ever studied. While I have no idea where the share price goes in the near term, I still think there is significant value at the current prices and my plan (as usual) is to be a long-term shareholder of this company as I believe its intrinsic value will continue to compound over time.

I will discuss Tencent more in future letters, but this will provide a background on the company for anyone that is interested.

How to Produce Great Long-term Results?

How To Reduce Unforced Errors?

Focus on investing in companies that are very likely to be earning more money in the future than they are today.

“Your goal as an investor should simply be to purchase, at a rational price, a part interest in an easily-understandable business whose earnings are virtually certain to be materially higher five, ten and twenty years from now. Over time, you will find only a few companies that meet these standards -- so when you see one that qualifies, you should buy a meaningful amount of stock…

“...Put together a portfolio of companies whose aggregate earnings march upward over the years, and so also will the portfolio’s market value.” - Warren Buffett, 1996 Shareholder Letter

How to Estimate Future Earning Power?

Understand the company’s competitive advantage and estimate the durability of that advantage.

An Overview of Traditional Moats

But Some Moats Are Eroding in Value

“Each day, you’re either getting better, or you’re getting worse.” - Bo Schembechler, former Michigan football coach

Distribution - This Time is Different

Moats - This Time is Different

So some moats are deteriorating. Distribution advantages have been mitigated due to the fast pace of change:

The Opportunity Bezos Capitalized On

“The balance of power is shifting toward consumers and away from companies. The right way to respond to this if you are a company is to put the vast majority of your energy, attention and dollars into building a great product or service and put a smaller amount into shouting about it, marketing it.” - Jeff Bezos

Tencent – A Huge Moat in China

Note: “inevitable” doesn’t mean the stock is necessarily cheap, just that the business will likely continue to do well.

The Inevitable Trend in China

Is there a link between intelligence, knowledge and successful investing? At first glance, it might appear as if there is. Wall Street is known for only hiring the best and... Read More

New Evidence on the Relation between the Enterprise Multiple and Average Stock Returns Forthcoming in the Journal of Financial and Quantitative Analysis Tim Loughran Mendoza College of Business University of Notre Dame Notre Dame,... Read More

William Green is the author of "The Great Minds of Investing." He has written for The New Yorker, Time, Fortune, Forbes, Fast Company, Bloomberg, and The Economist. He edited... Read More 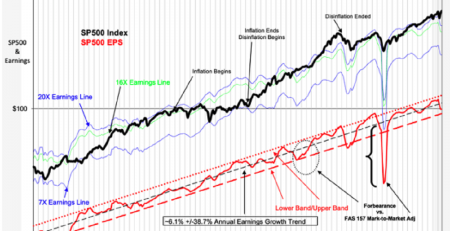 “Davidson” submits: Q2 2021 hedge fund letters, conferences and more “Inflation is coming, buy stocks” The fact is, it is more complicated than this simple, centuries-old mantra that has been repeated... Read More 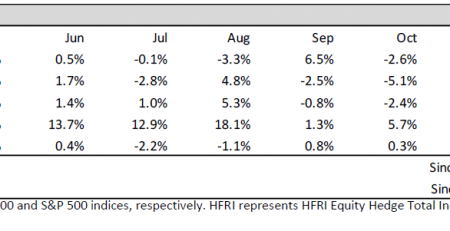 Choice Equities performance update for the year ended December 31, 2021. Q4 2021 hedge fund letters, conferences and more 2021 was a successful year for Choice Equities. The conclusion of the... Read More