Is Lebanon Headed For A Second Civil War? – ValueWalk Premium

Is Lebanon Headed For A Second Civil War?

Perhaps the passive-aggressive approach to the Middle-East crisis is for the Saudis to first strike at Lebanon, considered a satellite state of Iran, rather than drop the gloves with the budding nuclear power itself. As the Saudis appear to have “declared war” on Lebanon, according to one Hezbollah leader in the region, does the path to . . .

Paul Singer On The "Bigger Short"

When speaking at the recent Grant’s Spring Conference at the Plaza in New York earlier this year, Paul Singer talked about his ideas for the next “Big Short”. In... Read More

Gold Miners Get A Boost From Lower Oil Prcies

Gold has certainly been off the radar of traders and investors the past several years, as stocks continue one of the best bull runs in history.  Unfortunately for gold... Read More 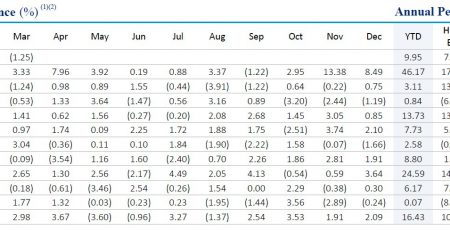