The probability of Scottish independence in the United Kingdom is being underestimated and risk is being mispriced in the market, a recent Deutsche Bank report notes.

Scottish independence polls narrowed sharply
The bank’s FX Daily report notes that polls have narrowed sharply since an August 5 television debate, as support to keep Scotland attached to the United Kingdom slips by 8 percent and is currently only holding on to . . .

2018 will be a "coming of age" for financial markets around the world as central banks wind down QE and economic growth gains traction, that's the main takeaway from Robeco's... Read More

Mawer Funds first quarter 2015 discussion paper titled, "The Unfathomable Is Not Impossible." I was six or seven when I first came across Alice Through the Looking-Glass in one of... Read More 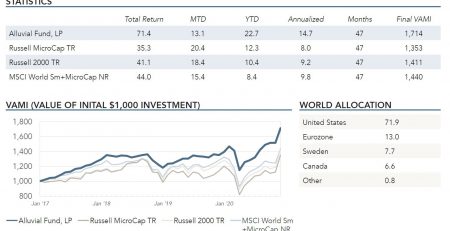 Jeff Saut On John Templeton’s Advice About The Yuan

In his recent take on equities, published in ValueWalk March 18, 2014, Jeff Saut likened the current bull run to a market for kids, as described in the classic... Read More

Herbalife Spent Over $1 Million On Lobbying In 2013

For the first time, the multilevel marketing company, Herbalife Ltd. (NYSE:HLF) spent $1.34 million in 2013 on lobbying in Washington D.C. According to Michelle Celarier of the New York Post,... Read More

The Steamboat Capital Partners Fund returned 7.3% gross and 5.4% net in the second quarter of 2021, according to a copy of the firm's quarterly investor update, which ValueWalk... Read More

The Big Short Misleads on Ratings Agencies The Big Short has captured rave reviews, not just from conventional critics but also from the likes of Paul Krugman. By featuring Hollywood... Read More