Can it get any worse?

In the 1980s, term deposit investors routinely earned 15% and higher on their guaranteed savings. Yes, with inflation running sky high the real return was much lower. Yet, savers were accustomed to some pretty nice nominal returns.

The 1990s rolled around, and so too did interest rates. In fact interest rates rolled right on down to the 7.5% range. Suddenly all term deposit investors were receiving 50% less than they did a short 10 years earlier. In other words – these savers effectively took a 50% cut in their investment income. Still, 7.5% was better than nothing.

Then came the 2000s. And when considering the number of zero’s, it is rather ironic in that by 2010, term deposit investors were earning pretty close to 0%, or nothing to be exact.

So, in a very short 30 years the world’s central banks have completely destroyed any chance for savers to earn anything on a safe, bank deposit.

Can it get any worse? You betcha it can, and it already has.

We’re the first to admit, the investment industry has done a horrible job of keeping things real simple. Yet, considering the industry is chalk full of some very big egos – maybe it’s no wonder the industry makes everything so darn complicated.

Yet it shouldn’t be. And, let’s start with the often misunderstood concept of interest rates. Everything you buy has a price. The new Volkswagen Diesel car has a price, as does the latest pair of Google Glasses, and so too does the latest Lionel Ritchie album.

Money also has a price, and it is priced as Interest Rates.

When you borrow money from a bank, you are effectively “buying” money and the price you pay the bank is the rate of interest on the loan.

Likewise, when you deposit money in a bank, the bank is effectively “buying” money from you and the price they pay you is the rate of interest on your cash balance or term deposit.

Unlike cars, glasses and music; the price of money isn’t always dependent upon the laws of supply and demand.

Instead, the immediate price of money is established by the world’s central banks such as the US Federal Reserve, the Bank of Canada, the Bank of England, the Bank of Japan and the European Central Bank.

The key to understanding interest rates and where they are headed is being able to think like a central banker. Don’t be discouraged by the difficulty of gaining this perspective. After all, becoming a central banker is rather difficult.

To begin with you spend roughly:

Then, and only then would you even be considered for the job of telling people how much they should pay for money.

More importantly, behind the eyes of every central banker is the belief that by changing the price of money (interest rates), it will change the demand for money.

This thinking is really no different than The Gap clothing store. When they want more people to buy their shirts, trousers and belts – they simply lower the price.

Alternatively, when The Gap figures out a lot of people are buying their products, they’ll raise the price.

Of course, similarities between The Gap and your central bank end at the mall.

Of course, if you believe no one can change the economic direction of the entire planet – you are correct. However, don’t tell the central bankers.

If central banks are able to cure the economic world, then cutting interest rates from 15% in the 1980s to 7.50% in the 1990s would have cured all economic ills.

Instead the world witnessed:

Instead the world witnessed:

Despite this brutal record, onward they march. Today, central banks have cut interest rates to 0% and today we are witnessing:

We’ve discussed the lack of global growth before. Nothing has changed – the world continues to suffer from any acceleration in economic growth, and this is despite 0% interest rates. Investors and workers everywhere around the world need to grasp this all important fact.

Which brings us back to understanding interest rates and predicting where they are headed.

But first, we ask you to really think about the second point above: – investors and savers searching the world for income.

Central banks believe that reducing the cost of money will encourage and incentivize people and companies to BUY money. And when they BUY money, they will then spend the money which will create economic growth.

This makes sense on paper and it is what universities, governments and Goldman Sachs have been telling everyone for over 30 years – therefore it MUST be true.

Are you buying or selling?

That’s what both logic and linear thinking tells you.

Now, this is the point where the main street advisors and banks stammer that things ARE improving. They whip out numerous charts and data points showing year-over-year improvements in employment, housing, real income, consumer sentiment, PE Ratios and credit spreads.

Yes, things MUST be getting better.

But, if things really are getting better, why have central banks all over the world continued to lower interest rates?

And worse still – why are many lowering interest rates straight through the illogical level of 0%?

Yes, today practically all of Europe have journeyed through this once fictional barrier and have now established NEGATIVE interest rates.

While central bankers cannot change the direction of the global economy, they can certainly identify when things are not quite going as well as it is hope for.

While central banks are hoping their 0% and now NEGATIVE% interest rates will stimulate a recovery; savers, and term deposit investors are hoping for something very different – a source of interest or income greater than 0%.

While central banks are hoping their 0% interest rate policies will encourage people and companies to buy money, they have simultaneously crushed the hopes of everyone who is selling money.

Yes, instead of earning 3.5%, 7.5% or 15% on their savings as they did decades before, today savers everywhere have to either accept 0% on their money or do something different, very different.

And in many ways, these “very different” things are creating trouble.

Most term deposit investors are risk-averse. They cannot tolerate losses. They want safety of capital and the ability to earn interest on their savings.

By creating 0% interest rates, central banks have thrown these savers to the wolves of wall street. And once savers enter the wolves’ den, only bad things can happen.

And in the investment world, this means doing things you wouldn’t ordinarily do – such as investing in markets you have historically avoided. 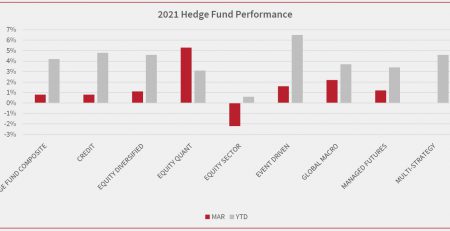 62% of managers reported positive performance in march, with over three-quarters of funds up in Q1

Click here to sign up The monthly performance report from PivotalPath, the Pivotal Point Of View, has just been published. As a reminder, each month we look at performance across... Read More