The Securities and Exchange Commission is investigating Citigroup for accounting fraud and possible violations of the Foreign Corrupt Practices Act after the bank revealed a number of fake loans that had been issued from its Mexican unit, Banamex, Reuters reports.

Citigroup reduces 2013FY earnings
Citigroup Inc (NYSE:C) reported last Friday that it had discovered $400 million in bad loans originating from Banamex, and that it was reducing its . . .

Bramshott Europe Fund: Plenty Of Short Opportunities In This Rally

Bramshott Europe is a long/short equity fund with assets under management of $135M as of February 1, 2014. It is managed by Paul Findley. The net performance of the fund... Read More

Quality And Value  - There are tens of thousands of documents, books, speeches, presentations and videos out there on the topic of value investing. In fact, it is entirely... Read More

So far this year gold has performed quite well, with the London PM price up about 10% YTD (blue line).  The 2014 YTD return is the second best since... Read More

FATCA Goes Into Effect Next Week, As Rhetoric Goes To 11

The six-month extension on the Foreign Account Tax Compliance Act (FATCA) starts on July 1, and both sides have switched into rhetorical high gear over the controversial law, with... Read More

Ancient Kilns Discovered To Deal With "End of World"

Italian archaeologists in Egypt have uncovered a kiln used to incinerate plague victims in what at the time was thought be “the end of the world.” The pottery remains were... Read More 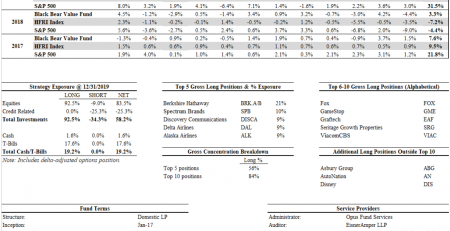