The U.S. Senate has confirmed Janet Yellen as the chairwoman of the Federal Reserve on Monday, marking the first time that a woman has led the country’s central bank in its 100-year history. Yellen will serve as the next chair of the Federal Reserve, after Ben Bernanke's second term ends in January.

Oil Investments Spike As Investors Rush To Buy Into The Sector

It’s fashionable to  get into Oil Investments, once agaun. According to Bloomberg and OilPrice.com, after a record year of oil patch bankruptcies, investors are now pouring money back into... Read More

This annotated letter was produced by Erik Holm and  Anupreeta Das of The Wall Street Journal A note to readers: Fifty years ago, today’s management took charge at Berkshire Hathaway. For this Golden... Read More

In yet another display of financial struggles, technology behemoth Hewlett-Packard Company (NYSE:HPQ) has increased its layoff target to 29000. This job-cut estimate came in on Monday, as the public eye... Read More 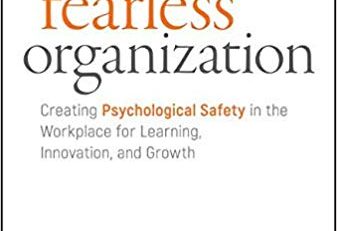 Twenty years of research inform The Fearless Organization: Creating Psychological Safety in the Workplace for Learning, Innovation, and Growth (Wiley, 2019) by Amy C. Edmondson, a professor at the... Read More