Sequoia Fund has dumped its entire Valeant (VRX) stake – see the letter to investors below.

July 12, 2016
Dear Clients and Sequoia Shareholders:
You may be familiar with the apocryphal Chinese curse, “May you live in interesting times.” Sequoia shareholders have lived through interesting times during the past year. We can assure you that our goal is to be much less interesting in the months and years ahead.

As we have previously reported, our longtime chief executive officer and co-manager of Sequoia, Robert D. Goldfarb, retired from our firm at the end of March 2016. Our new leadership elected to sell our position in Valeant Pharmaceuticals, exiting completely by mid-June. Valeant was our largest position to start the year and its 80% decline through June 30 badly penalized our results. For the first half, Sequoia generated a negative 13.2% return vs. a positive 3.8% return for the S&P 500 Index.* Absent Valeant, the rest of the Fund’s portfolio generated a positive return of 2.3% for the first half. At the end of this letter you will find holdings data for the Fund’s 10 largest holdings in Sequoia as of June 30th.

While we are all disappointed by these results, we have responded by changing our leadership and committing ourselves to restoring the legacy handed down to us from Bill Ruane and Rick Cunniff. This was a very active quarter, at least by our standards. Sequoia exited several positions in addition to Valeant and we added four new stocks. This does not represent a departure from our longstanding philosophy of concentrating on a focused portfolio of businesses we have researched intensively and intend to hold for years. Our team believes in that approach. In fact, we held 38 stocks in Sequoia at the start of the year, including a number of tiny positions that could never be meaningful contributors to returns. We held 29 stocks in the Fund at mid-year.

We made the difficult decision during the quarter to part with our longtime holding in Idexx Laboratories. Idexx had been a wonderful stock for us over the past 13 years, compounding at better than a 17% rate from the time of our original purchases in 2003 through June 30. This compares to a 7.4% compound for the S&P 500 Index over the same period. Idexx has a terrific market position in veterinary diagnostics and a very capable CEO in Jon Ayers. But the market fully realizes Idexx’s strengths. It is according Idexx a price-to-earnings ratio of more than 40x the 2016 consensus earnings per share estimate of $2.21. The company has grown earnings per share at an 11% rate for the past five years and should grow a bit below that rate in 2016. The market helped with our decision as the price of Idexx shares rose sharply during the quarter. We owe a huge debt of gratitude to Jon Ayers. He is a hero to Sequoia shareholders and greatly respected by all of us.

We exited two smaller positions during the quarter. While Allergan has a stronger collection of assets and far better outlook than Valeant, we suspect many drug makers will face increasing pressure from health care payers who need to reduce the relentless double-digit inflation rate for branded pharmaceuticals.

We also sold our shares in Cabela’s, the camping and hunting retailer. Cabela’s board of directors is exploring a sale of the business, which has lifted its share price recently. We chose to exit as deal rumors swirled, believing that Cabela’s shares hold little appeal if a deal does not happen. This is a management team that has struggled with the basics of retailing: the stores are expensive to build and operate and the merchandise, while compelling, is not competitively priced.

We used the run-up in stock prices from the bottom in February as a chance to trim some larger positions, including O’Reilly, Fastenal and TJX, as they got more expensive. We like these businesses a great deal; so this was done to keep the position weightings in line during a period when the stocks were at historically high P/E multiples. In some cases, we used these stocks to fund in-kind redemptions, thus reducing the tax burden for all Sequoia shareholders. However, we sold shares, too, and there were tax consequences given the enormous appreciation we have enjoyed over many years. To provide visibility on taxes, we declared a capital gains distribution in mid-June of $17.24 per share, which is earlier than usual. This is a sizable capital gain and we recognize the pain caused by a high taxable gain in a year where the Fund is down.

See the rest of the letter below

In an interview with Bloomberg's Tom Keene, economist and New York Times columnist Paul Krugman said getting the economy back to full employment is "the most urgent priority we... Read More

BPVN Strategic Investment's annual report for 2014. The BPVN –VIS Luxemburg Sicav is managed according to the value investment philosophy through mutual funds. The Sicav is mainly focused on European... Read More 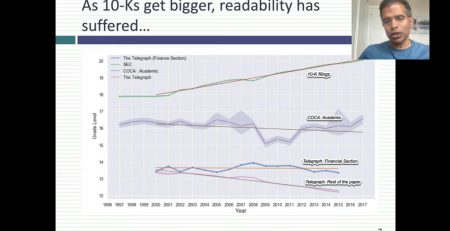