In his letter to investors, Seth Klarman noted that “most” investors are downplaying risk and this “never turns out well,” noting that most people are not prepared for anything bad to happen.  “No one can know what the future holds, but any year in which the S&P 500 (INDEXSP:.INX) jumps 32% and the NASDAQ Composite (INDEXNASDAQ:.IXIC) 40% while corporate earnings barely increase should be cause for concern, not further exuberance,” Seth Klarman's investor letter said.  “It might not look like it now, but markets don’t exist simply to enrich people."

Also see Klarman Baupost 2013 letter article i here, article ii here and Sign up for our free newsletter to never miss an article.

Noting that stock markets have risk and are not guaranteed investments may seem like an obvious notation, but against today’s backdrop of never before witnessed manipulated markets Seth Klarman sagely notes “Someday, financial markets will again decline. Someday, rising stock and bond markets will no longer be government policy. Someday, QE will end and money won’t be free. Someday, corporate failure will be permitted. Someday, the economy will turn down again, and someday, somewhere, somehow, investors will lose money and once again come to favor capital preservation over speculation. Someday, interest rates will be higher, bond prices lower, and the prospective return from owning fixed-income instruments will again be roughly commensurate with the risk.” 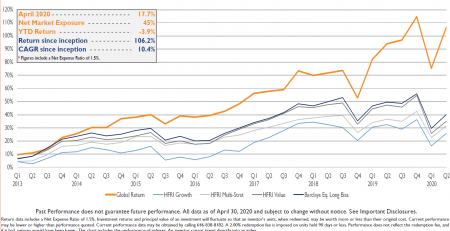 We asked a ton of ValueWalk readers what their #1 goal was for improving their value investing. Can you guess what they said? No, it wasn’t more coverage of Apple or... Read More

Eastman Kodak Company (OTCMKTS:EKDKQ) announced that Jeff Clarke, the chairman of online travel agency Orbitz Worldwide, Inc. (NYSE:OWW), has been elected to serve as CEO as the company that... Read More

Myanmar, The Last Frontier by Taizo Ishida, Matthews Asia For me, Myanmar is the last of Asia’s frontier countries, and it represents an enormous investment opportunity. I first visited Yangon,... Read More

One of the biggest announcements to hit the crypto space recently was JPMorgan's announcement that it has developed its own cryptocurrency, which it's calling JPM Coin. Numerous news headlines... Read More

Global Execs Bullish On U.S. - 2016 Views From C-Suite Study by A.T. Kearney Introduction Our annual Views from the C-Suite study reflects the collective judgment of 400 C-level executives and board members from... Read More