Former FDIC chairman Sheila Bair joined Bloomberg Television’s Trish Reagan and Mike McKee on “In the Loop with Betty Liu” and said excess leverage at banks is the number one problem still not solved following the financial crisis. Bair said that risk-weightings penalize lending, banks aren’t cooperating enough with regulators, and banks need to reduce reliance on short-term debt and simplify their legal structures. She also said it is possible for banks to function properly without restoration of Glass-Steagall by ensuring “firewalls of integrity.”

Sheila Bair on not doing enough to make sure a Lehman Brothers like event is never going to happen again:

“I don’t think we have done nearly enough. Banks. There are a lot of problems. The one at the top of my list banks, large financial institutions still have way too much leverage. If you look at their off-balance sheet exposures, the amount of risk that is being supportive by tangible common equities is about 3.5 percent to 4-percent. They are way too over leverage. We have put more capital into these banks as a result of the stress test, but we started at a low baseline. Leverage was a key driver of the crisis and the fragility of the system and the reason we needed bailouts, they did not have enough equity to absorb losses once the losses came. We need to reduce their reliance is on short term debt. We need to simplify their legal structures. I would wall off in insured deposits from securities and derivatives trading activity make sure it just supports commercial banking.

Sheila Bair  On a return to Glass-Stegall:

“I think Citigroup Inc (NYSE:C) is kind of the poster child for how the repeal of Glass-Steagall Act created banks that were too big to manage. So, yes, it is one of the factors, but I think excess leverage is really at the top of my list leading up to the crisis and still is something that has been fixed.”

On whether the financial power of the banking industry is too great for any additional reform:

“Well, it is disheartening. They’re lobbying has been relentless. I have been long enough to remember when industry worked constructively with regulators and tried to instill public confidence in a regulatory system, and to see credible regulators as in their interest. We don’t see that anymore. It is a game of winners and losers. They say they want the rules finished, but the rules that they would like, that frankly do not do much. Unfortunately a lot of the rules worked around the edges make marginal improvements, but fundamental transformative changes we just have not seen.”

Sheila Bair  On whether the lack of additional reform is ‘all about the money’:

“Yes, the industry, I don’t think the industry lobbying effort has been a responsible one, and it saddens me. It still undermines trust in the financial sector to see this spectacle in Washington. Sometimes Congress puts on that puts pressure on regulators to back down. And yes political money plays a role in that. I think the revolving door plays a role. Even the best of people, if your career path is to go to work for a bank or a consultant who works for a bank, that you are now regulating and writing rules for it’s going to infiltrate your thinking even if you try and insulate yourself from that. My book, at least on examiners and much stronger restrictions on regulators going into the industry. There are other career paths that you can choose. Right now it is pretty much accepted practice, and I do not think it is a problem. What we call cognitive capture, regulators just starting to identify that their job is making the banks profitable. I think that was a problem, a misguided notion in our bailout initiatives when the system spun out of control. We needed to do something but we are very generous with the banks. They are as profitable as they have ever been, but the economy is still hurting.”

On those who say we need less smaller banks, and just more big banks:

“I don’t know. You have to double the number of participation or increase it by a third. You already have to bring in participation with those big deals. Even the mega  banks will not take deals on their own, so they’re already sharing those transactions among a number of banks. I am more for simpler banks as opposed to size. I do think sheer size at some point you get into questions about market power, political power, but I think the complexity, intermingling commercial banking with market making and derivatives market making supporting all of that with government safety net programs, I think that is very hard. I think there are very different skill sets that are acquired with the security and derivatives market making operation in traditional commercial banking.”

On critics saying she wants to make these banks more akin to utilities than financial service institutions that are making money:

“My critics have said that I have said that. They have a principled position on that. No, I want these guys to stand on their own two feet. I want market discipline, I want better disclosure, I want understanding what they are on the hook for losses if they get into trouble. I want higher capital requirements, you bet. They are very large and complex now, and they have access to government safety net programs and that the increases their incentive to leverage. We need much stronger capital requirements and that will create market incentives to downsize because it will increase their funding costs, especially if they have tougher capital and long-term debt requirements. Plus if they are understanding they will not get more bailouts, that will create market pressure to downsize. That is encouraging regulation to make the market work the way it should.”

On whether new resolution powers under Dodd-Frank helped to put a failing major institution out of business and whether that is a process of failure before it even begins:

“No, I don’t think so. The FDIC has said is a single point of entry. They have thousands of legal entities under them, and those need to be downsized. They need a smaller number and they need to restructure them on business lines. For now the best way to do it is to take control of the holding company which owns and controls this morass below, put that into receivership have the creditors and the shareholders of the company on the hook for losses and at that point you can make a decision about foreign operations, whether they are viable and add franchise value and the new receiving, the FDIC wants to continue to support them, or whether you want to spin them off into the bankruptcy authorities of a former jurisdiction. I think that model can work absolutely to resolve authorities of a former jurisdiction. I think that model can work absolutely to resolve an internationally active bank and the FDIC is doing bilateral agreements with most of the key jurisdictions so that the one jurisdiction will respect their authorities as receiver and owner of the holding company to be able to back foreign operations where that is appropriate. I absolutely think it can work.”

On the number of the higher capital requirements that she would like to see:

“What I argue in my book and the group I had the systemic risk council  has advocated for is a minimum of 8% for Basel 3 leverage ratios that means  only tangible common equity on top, and on the bottom not just on balance sheet exposures, but a lot of off-balance sheet as well.”

Sheila Bair  On whether that will affect their ability to lend out:

“Oh, my gosh, no. The risk-weighted capital rules that regulators relay on now, actually penalize lending, so you’re pretty much at eight percent already. You are eight percent for lending… It is the banks, the big securities and derivatives operations, which perversely the capital rules treat as lower risk than loans. They are the ones who have a lot of leverage. Increasing the leverage ratio will create better incentives to lend because it will reduce the amount of leverage you can use to fund securities.” 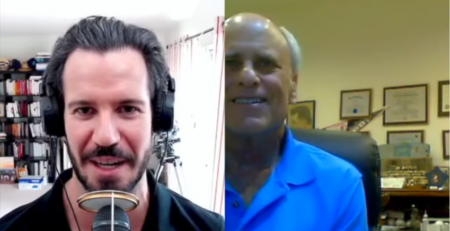 During his recent interview with Tobias, Larry Swedroe, author of The Incredible Shrinking Alpha discussed why The Pool Of Victims Is Shrinking. Here’s an excerpt from the interview: Q2 2020... Read More

Howard Marks: There is absolutely a paucity of bargain price distressed opportunities

Interview With Jeff Gramm Author Of Dear Chairman Today, activist investors split opinions. Many believe that activists are only in it for the money and look for profit at the expense... Read More

What Happens When Neither Monetary Policy Nor Macroprudential Regulation Works

Karen Shaw Petrou memorandum to  Federal Financial Analytics clients on what happens when neither monetary policy nor macroprudential regulation works. As our client alert indicated yesterday, the FSB is out... Read More 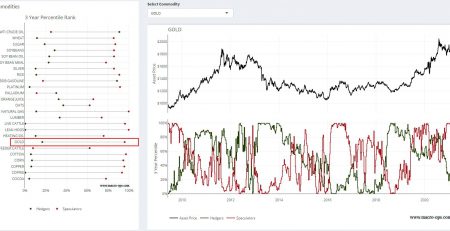 Hedge funds, like most other financial institutions, are facing increased regulations in the wake of the financial crisis, but (more…) Read More