Greenpeace international will be defending itself in a Dutch court against Royal Dutch Shell plc (NYSE:RDS.A) (NYSE:RDS.B) after the petroleum big wig sued the environmental organization. Shell wants the court to ban Greenpeace international from holding any of their demonstrations within a 500 meter radius of any shell property, or be compelled to pay a fine of $1.3 million.

This suit revolves around Shell’s prioritized $ 4.5 billion investment for drilling in the chilly Arctic waters off the Alaskan coast. Shell’s aggression highlights the importance of this deal. Both Shell and Greenpeace International are glued to the edges of their seats, as the Amsterdam District Court is expected to issue a verdict in two weeks.

Interestingly, this legal twist is part of a protracted spat between Royal Dutch Shell plc (NYSE:RDS.A) (NYSE:RDS.B) and Greenpeace International. In fact, a U.S. court, back in May, instructed the organization to maintain a 1 kilometer radius away from any Shell ship going to Alaska, within 200 miles of shore in U.S. waters.

To trigger this latest proposed ban, Greenpeace conducted catastrophic demonstrations on September 14th, vandalizing property and causing major disruption in the Netherlands. The organization, through its protestors, blocked more than 70 shell gas stations for hours on end, destroying gas pump handles and removing banners, along with other fashions of unruliness. In the wake of the protests, authorities managed to nab 15 suspected protestors.

In its suit, Shell argued its case by using the International laws on freedom of speech and assembly. Through its lawyers, the international oil heavyweight argued that Greenpeace had wrongly interpreted the laws on freedom of speech. The lawyers noted that the laws “do not grant Greenpeace unlimited powers to carry out protests that violate the rights of other parties.”

The two parties’ undisguised disagreement was made clear, after Greenpeace called Shell's move a “legal sledgehammer to stifle public discourse.”  From Greenpeace’s point of argumentation, it believes that Shell’s Arctic operations greatly compromise on safety, citing that drilling in the Arctic is innately risky. Greenpeace also argues that Shell's safety plans are inadequate.

Basing on track records, the odds are likely to favor Shell. In the past, the oil big wig has managed to plow through a reasonable number of environmental and safety disputes in the U.S. licensing process, before being granted permits for the Beaufort and Chukchi Seas.

Banking regulator vows to establish prevention and control mechanism China will deepen its efforts to prevent and mitigate financial risks, with its banking regulator making the war on financial... Read More

The Empirical Economics Of Online Attention 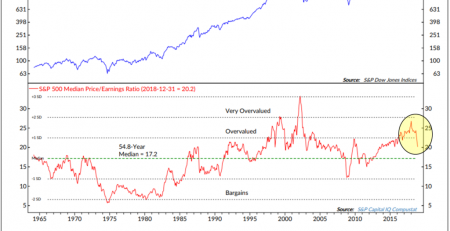 The Optimal Size Of Hedge Funds: Conflict Between Investors And Managers? 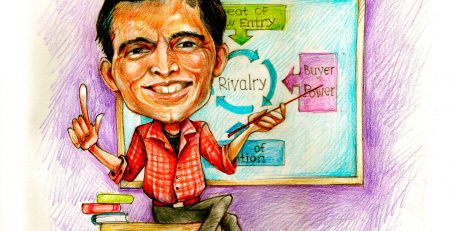 In his recent interview with The Motley Fool, Aswath Damodaran explained why individual investors have a huge advantage of portfolio managers. Here’s an excerpt from the interview: Q2 2022 hedge... Read More