Flying Under the Radar: The Effects Of Short-Sale Disclosure Rules On Investor Behavior And Stock Prices

This paper analyzes how newly introduced transparency requirements for short positions affect investors' behavior and security prices. Employing a unique data set, which contains both public positions above and confidential positions below the regulatory disclosure threshold, we offer several novel insights. Positions accumulate just below the threshold, indicating that a sizable fraction of short sellers are reluctant to disclose their positions publicly. Furthermore, we provide evidence that the transparency measures effectively represent a short-sale constraint for secretive investors, which results in stocks to be overpriced. Specifically, when this constraint is potentially binding, stocks subsequently exhibit a negative abnormal return of 1.0-1.4% on a monthly basis. Different placebo tests verify that the short-sale constraint originates from the disclosure threshold. Overall, these findings suggest that short sellers' evasive behavior in response to the transparency regulation imposes a negative externality on stock market efficiency.

Disclosure requirements for investors' holdings are a prevalent feature of financial market regulation. Traditionally, various transparency rules have been in place for investors' long positions, but not for their short positions.1 This asymmetry of publication requirements between long and short positions has been highly debated in the aftermath of the financial crisis, with regulators on both sides of the Atlantic contemplating new transparency measures for short positions. Proponents of short selling disclosure rules argue that greater transparency would help improve the price discovery process in the market (NYSE, 2015; NASDAQ, 2015). However, opponents often raise the concern that a timely publication of short positions may pose a threat to proprietary investment strategies, especially when the identity of the short seller is revealed. To protect their intellectual property, informed investors may diminish their short selling activities, which can in fact deteriorate price efficiency (U.S. SEC, 2014). While the debate on more transparency for short sales is still ongoing in the United States, the European Union already adopted a uniform short position disclosure rule in 2012.2 Specifically, the European regulation requires the publication of investors' net short positions – including derivative equivalents – over a certain threshold one day after the position arises.

In this study, we investigate two key questions related to this new rule: How do short sellers behave around the disclosure threshold; do they, for example, try to stay below the radar? If so, how would such behavior affect the efficiency of stock prices? We address these questions by exploiting unique regulatory short-sale notification data, which cover not only public positions above the disclosure threshold but also confidential positions below the threshold. Our data originate from the two-tier reporting system pursuant to the EU-wide short selling regulation: First, investors must notify the regulator if their short position reaches 0.2% of the shorted stocks' issued share capital. Second, the short position must additionally be publicly disclosed if it reaches 0.5% of the issued share capital. Above these thresholds, the short position is updated whenever it falls into a new reporting interval of 0.1% width. These first- and second-tier notifications for the German stock market, as part of the European regulation, offer us a rare glimpse behind the curtain of the public disclosure threshold.

The new rule represents an ideal setting to study how mandatory position disclosure affects investors' behavior, and in turn the informational efficiency of prices. Price discovery is a key function of the financial market: Informed investors try to exploit their private information by trading in the market, and in doing so reveal part of their information to uninformed investors. Through this mechanism the information is eventually incorporated into prices (Glosten and Milgrom, 1985; Kyle, 1985). However, investors also face various disclosure rules pertaining to their holdings, which may convey private  information to the market, especially if positions are published in a timely manner. So informed investors have an incentive to avoid disclosure by trading less, which can reduce price efficiency. Early academic literature highlighted this trade-off especially in the context of insider trading (Leland, 1992; DeMarzo, Fishman, and Hagerty, 1998; Huddart, Hughes, and Levine, 2001). More recently, it has been discussed in connection with hedge fund opacity (Agarwal, Jiang, Tang, and Yang, 2013; Easley, O'Hara, and Yang, 2014) and mutual funds' portfolio disclosure (Agarwal, Mullally, Tang, and Yang, 2015). Two features make the analyzed disclosure rule particularly interesting with regard to informational efficiency. First, the rule applies to short sellers, which are typically perceived as informed investors.3 Second, the disclosure rule is highly revealing because positions crossing the disclosure threshold must be publicized as early as the next trading day.

There are several potential reasons why short sellers might want to stay below the radar, including the risk of a recall induced by copycat investors, the protection of intellectual property, or institutional and cultural reasons. Studying the determinants of the decision to publish a short position, we find that it is predominantly influenced by investor-specific characteristics. Two variables best predict the likelihood of crossing the publication threshold: Whether the investor is generally secretive about its portfolio, proxied by the existence of any public filing on record; and whether the investor has ever crossed the short position threshold in the past. These findings are broadly in line with intellectual property concerns. At the very least, the results show that the investor's decision to disclose its position is persistent, with investors sticking to their secretive behavior.

Ray Dalio dominated the hedge fund headlines recently saying he, the founder of the world’s largest hedge fund, is stepping back from leadership in favor of three CIOs. Dalio is rightly... Read More 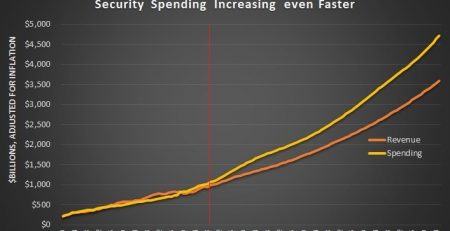 The Basel Committee on Banking Supervision last Tuesday issued new “Guidelines on the prudential treatment of problem assets.” The guidelines, which Moodys says is “positive for banks,” seek to... Read More

“This U-Turn on nothing fundamentally changing is unprecedented. Three months ago, we were on ‘autopilot’ with the balance sheet and now the bond market is priced for a rate... Read More

Warren Buffett wrote in his 1996 letter to Berkshire Hathaway shareholders: “You don’t have to be an expert on every company, or even many. You only have to be... Read More