“I don't intend to do a follow-up on TSLA unless there's something truly egregious in the 10-Q. I don’t want this site to become obsessed with the Tesla idiocy-there's so much more happening in the world.” And yet you are like a mouth to a flame in the latest issue.  I understand the craving.  It’s an addictive “drug” stock, especially if you’re betting on the downside. 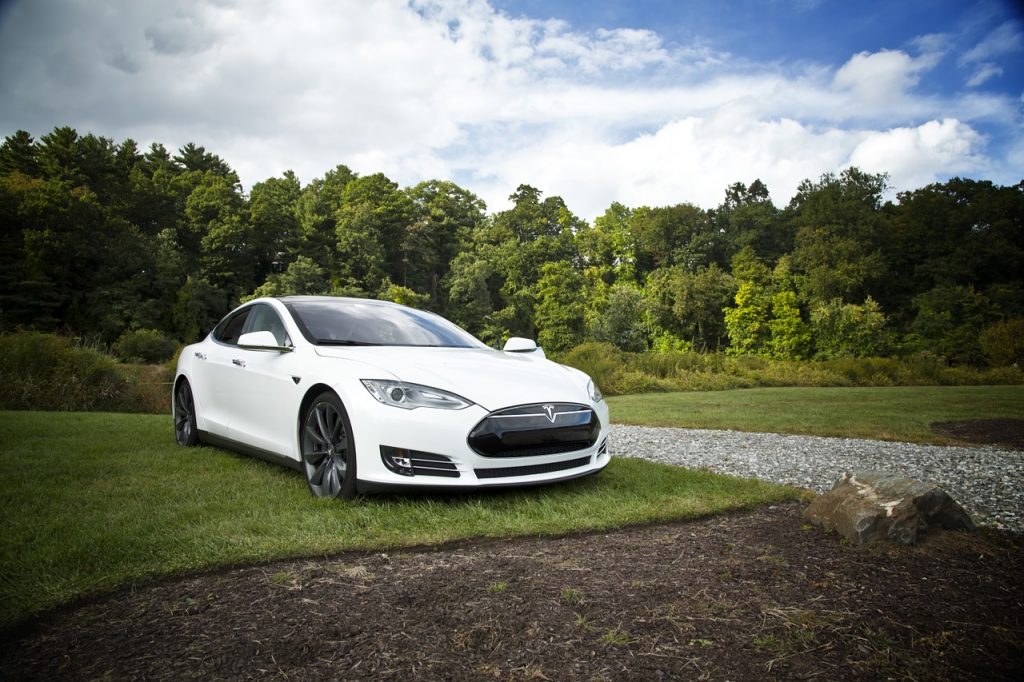 Haha. It really is addictive and I spend far to much time on what is a mid-single digit percent position for me. I’ve read Quality of Earnings and Financial Shenanigans multiple times to ensure that I never get caught up in a fraud. Despite never-ending change in the global economy, there really hasn’t been much creativity in securities fraud over the past 2 centuries. I never thought someone would actually look to those books as a ‘how to’ guide.

However, my article wasn’t supposed to be about Tesla. It is more about how so much of the world is simply fake businesses chasing revenue growth. This isn’t just a Silicon Valley thing.  You see this in the WeWorks of the world and US shale companies that also lose money and focus on growth. It is a global phenomenon. When this bubble ends, it will be epic. The top is in–the question is when the bottom falls out. I tend to think that’s soon.

Looks like SoftBank has stepped away from funding WeWork. Who will prop it up going forward?

No one. I think this is one of those pivotal moments in time where SoftBank withdrawing the perpetual startup bid will doom most of the sector to collapse–yet the timing won’t be obvious until people look back 5 years from now. I feel like you now have a license to short these things at will. If I shorted, I’d be all over this nonsense including all the 2nd and 3rd order effect businesses that make money off this bubble, along with housing and commercial property in San Fran and West Coast banks and everything even 4th order effect. A bubble of this magnitude cannot collapse without impacting a lot of other businesses.

So Musk adds 2 former Theranos players to his board. Is this coincidence or is he toying with people?

Yes, Larry Ellison was a key player as was Walgreens (new HR board member). Don’t forget the Murdoch connection too. It’s like they’re getting the band together for one last reunion… haha

Kuppy. In your fx review, you forgot to mention gold.

I guess that should be part of my basket. I own a bunch of physical gold. Ultimately, gold will be the biggest winner. I just don’t have a strong opinion on the timing of that so haven’t added any lately.

What do you think ultimately takes down Tesla? It seems impervious to bad news.

From a fundamental backdrop, as long as people believe in Profitless Prosperity companies and as long as Tesla rapidly grows revenues, nothing else matters. When revenues inflect negatively, then a key leg of the thesis will disappear. I strongly believe that Q1/2019 will be a sequential quarter of negative revenue comps that will surprise people as we are only 9 months into the roll-out of what is supposed to be a multi-million unit vehicle launch (Model 3). If you look at Q4/2018 numbers, I believe they will show positive revenue growth but negative EBITDA comps. Most of this positive revenue growth was due to fleet sales and potentially some pretty funny business. Interestingly, vehicles in transit was way down (meaning that by December demand had already evaporated). Starting in 2019, Teslas will cost $3,500 more due to the tax credit expiration offset by the $2,000 that Tesla will discount them by ($1,500 net increase). When does demand increase when you increase the price of a product that is experiencing a glut? Especially when newer and better products are hitting the market at a much lower price point with access to financing? Europe looks stillborn as far as Model 3 is concerned, China sales are evaporating and they’ve fully tapped out the US market. I expect Q1/2019 will be a disaster and I’ve been adding aggressively to my puts in the past few days.

While there is always the chance that the FBI/DOJ/DEA/ATF/NHTSA or any other acronym that is rumored to be investigating Tesla finally steps in to end this stock promotion before Musk kills more innocent people with his surprisingly dangerous vehicles (friends don’t let friends drive Teslas), my guess is that Tesla will collapse in the traditional sense (due to a failed consumer product that has seen a fall-off in demand). Then the acronyms will show up like archaeologists and try to figure out how no one could see this coming.

Ivar Kreuger died before the very end and Elon is Ivar’s reincarnation. I don’t see why Elon’s stock promote should end any differently. A drug overdose would certainly be an interesting catalyst. I really don’t think it will be much longer until this cracks. You can clearly see the pressure building as he races around the globe doing publicity stunts to distract from how bad the actual business is doing.

Can you share a bit of color on JOE?  Is there a price at which you start to buy or are you tracking fundamentals more than price?

There are always a lot of cheap companies you can buy into. I seriously doubt that you can lose money long term on JOE from these prices. For me, I need to see a catalyst and I don’t see that with JOE. They’re developing their land and buying back shares. I think this needs to go on for another year or 2 before the value becomes too obvious to ignore. Until then, I’m on the sidelines.

How do you deal with something like your basket of gas names when they drop 30% from when you bought?

It isn’t really a ‘dealing with’ question. If something drops, it forces me to check my thesis over and over. If I think I’m correct, I buy more and consider it a gift from the investing gods.

No one likes losing money but if you let short term moves impact you emotionally, then you’re playing too big or not cut out for this business and should invest in something else that doesn’t give you a mark-to-market value.

No question. Wanna say AWESOME call that the selling would end at year end. How’d ya knowit?

I don’t ever ‘know’ anything. After 2 decades, it just felt like this was all redemptions based and guys needed out by year end. It helped that I kept hearing scuttlebutt that guys were liquidating billions in stocks for year-end redemptions…

That doesn’t mean we don’t roll over and make new lows (I sort of think that happens particularly in a lot of the more overvalued sectors). However, lots of the small cap stocks that were down massively should be immune from this as the shares already dropped so damn much.

Public Service Announcement; Now that we’re bouncing, it is time to go through your books. If there was something you wanted to sell at the lows but couldn’t take the pain of a loss, make sure you sell it now that it has bounced. Drawdowns make you test your thesis on a position. If you didn’t like it enough to add to it when it was on the lows, then you really should be a seller on a bounce.

Great call on calling the bottom. How did you know which day would be the ultimate bottom?

I didn’t. I just knew we were close and would likely bottom before year end. Who waits until December 31 to make sales for a redemption call? So I started buying a few days too early and things went down more. Then they stopped going down and I was pretty happy with myself (haha).

You said you think rates rise, but rates are dropping lately. Does your view change?

I said that a 30+ year trend had broken. I think rates go higher but this won’t be a straight line higher. Look at the last up cycle, US rates bottomed in the early 1940’s but then didn’t really start increasing much until the mid 1950’s. They had a bounce and then flat-lined for basically a decade. I don’t want to make a prediction on what the shape of the rate chart looks like going forward, but I want to point out that these things aren’t always linear. I just feel pretty confident that rates are indeed going higher.

Motiwala Capital's letter to shareholders for the third quarter 2014. Dear Investors, US Markets were mixed in the recently ended quarter with increased volatilty. On an aggregate basis, accounts managed by... Read More 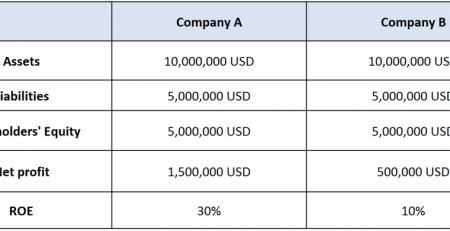 Goldman Sachs Again has Only One Day of Trading Losses

Activist hedge fund manager Barry Rosenstein is accustomed to purchasing stock in a company and then influencing management and the board of directors to make changes he feels will... Read More 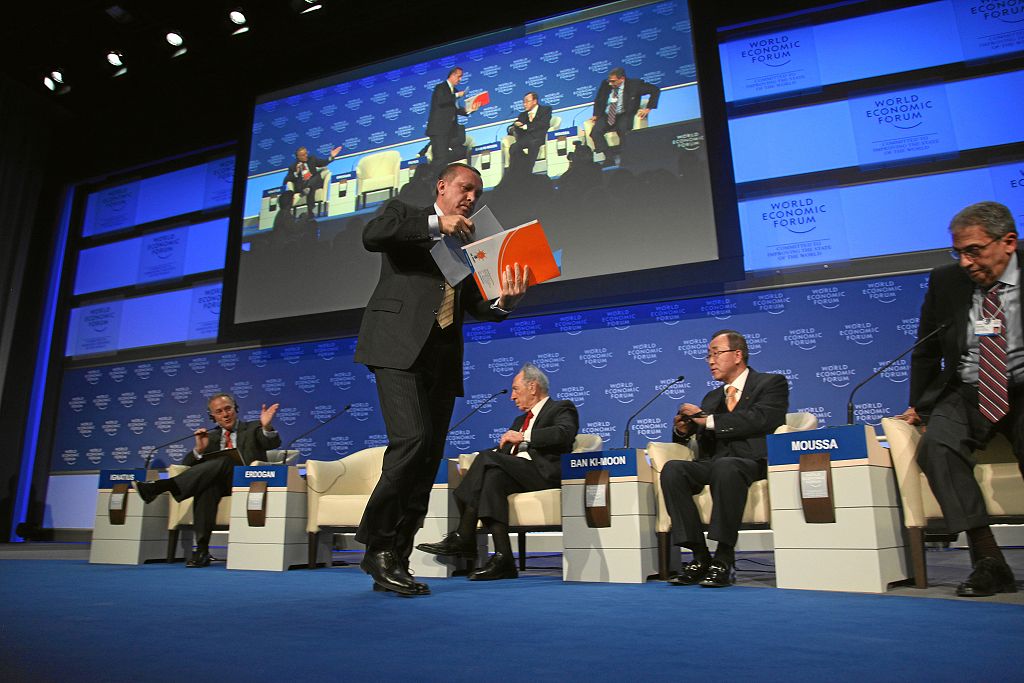