Snap Stock Still Soaring Even Though Analysts Hate It

Snap stock climbed another 15% on Friday as analyst opinions of the new tech stock come pouring in. Like they do with any hot tech name, investors are greedily gobbling up shares of the Snapchat parent. However, most analysts are quite bearish on Snap stock, which rarely happens with any tech company, let alone one that's just had its initial public offering.

Snap stock euphoria
Investors apparently aren't perturbed by the lack of voting rights assigned with the shares that are being sold right now, although more than one analyst has warned that this should be a cause for concern. CEO Evan Spiegel and CTO Robert Murphy own a total of 40% of the Snapchat parent's market capitalization and hold 89% of the voting rights, warns Ihor Dusaniwsky, head of research at financial analytics firm S3 Partners.

Susquehanna analyst Shyam Patil said in a note dated March 3 that he has initiated coverage of Snap stock with a Neutral rating and $22 price target. He noted that "euphoria" might cause a disconnect between the company's valuation and its fundamentals, which it certainly seems to have done. He suggests that euphoria could carry Snap stock as high as the low $30 range, but only in the near term.

So George Soros' private enterprises were hacked and it is big news. Earlier, we covered George Soros is not betting on Armageddon and now we move a bit towards... Read More 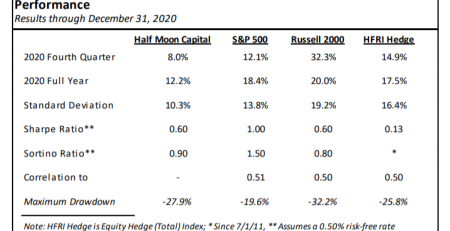 Half Moon Capital Returns 12.2% In 2020 Despite Short Position Drag

Eric DeLamarter's Half Moon Capital produced a return of 8% net of fees in the fourth quarter of 2020, bringing the full-year return to 12.2%, according to a copy... Read More

We live in a new financial world order that is, at times, positive and sometimes less than positive, particularly when it comes to criminal activity. This can be seen... Read More

Visitors to “WallStreetBets,” the Reddit forum where “YOLO” is the war cry are used to making and watching traders take high risk, high reward bets on stock prices. These... Read More

There is a floor in the oil market, a report from KKR backed, Blackgold Capital Management said, and this will impact investments in and around the energy market. The... Read More